“Concern” in Figueres due to the avalanche of casualties 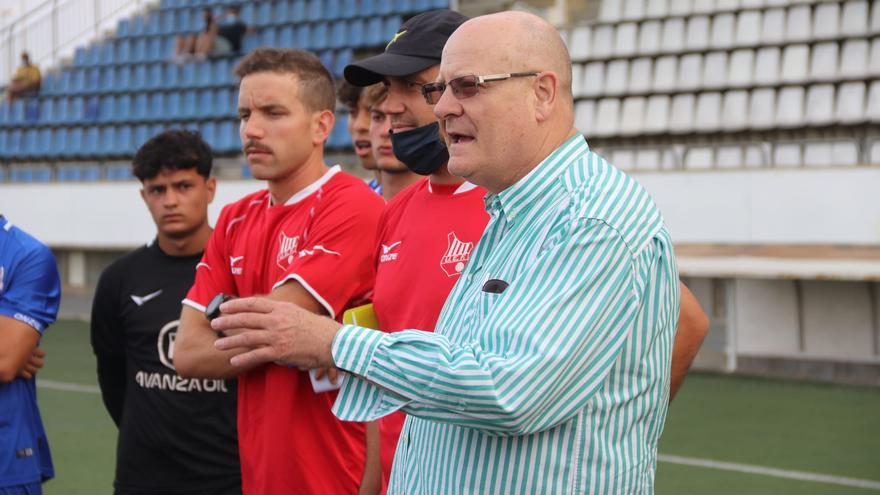 “The definition is concern». This is how it feels Figueres as a result ofavalanche of casualties who has been suffering from the first team squad since last November. The ten injured that accumulates in each day the team he leads Moses Hurtado has taken the people of Figueres to the descent area to Primera Catalana. […] 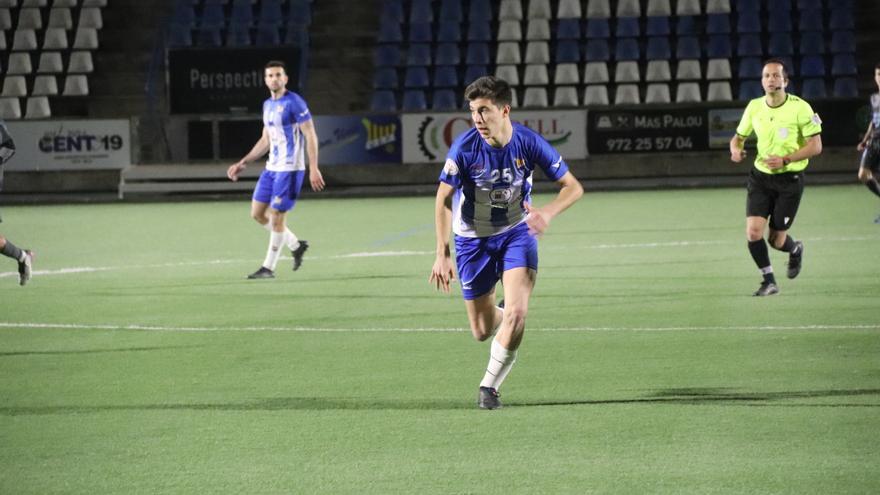 The Agné lineage continues in Figueres. The young man Ot Agné made his debut last Sunday with the first team in the derby against Girona B (0-1) following the same steps as his father, Raül Agnéhad done 27 years before. The only differences are that Raül was 25 years old when he made his debut […]

Castelldefels surprises Figueres with a defeat (1-0)

The starting eleven of Figueres. EU Figueres The Figueres he has lost by the minimum this afternoon in the field of Castelldefels (1-0). After a very even first half, in which those of Mosiés Hurtado did not know how to take advantage of their opportunities, the local team surprised Jaime in the second half with […]

Figueres’ eleven in today’s match EU Figueres After adding the first victory in Vilatenim last day, Figueres lost this afternoon in the field of Vilassar de Mar. A solitary goal by Pime in the 75th minute of the match made the three points stay at home. The two teams reached the duel tied with 20 […]

Figueres players celebrating the first goal. UE Figueres Figueres has secured its first home win of the season against the Saints by two goals to nil. Moisés Hurtado’s men had not been able to get all three points in the entire first round. In a direct duel for salvation, the Empordà team broke the misfortune […]

The Figueres Half Marathon is reborn in its fifth edition

The Figueres Half Marathon he has returned stronger than ever. Almost eight hundred athletes has competed in the two tests of 21km and 10km of the Altemporda appointment to leave behind the most complicated moments of the pandemic and to make the city of Figueres vibrate again and the Alt Empordà with sport. Miquel Corbera […]

Figueres adds a victory of merit in Granollers (1-3)

Figueres adds a victory of merit in Granollers (1-3) UE Figueres Figueres has traveled today to the Granollers field with nine absences and, consequently, with five youngsters in the squad. Roger, in the 22nd minute, made the first to put the 1-0 on the scoreboard. After a minute Joel Arimany put the tie back on […]

A Figueres maintains six absences to receive the Guineueta in Vilatenim

Since October 17 that Figueres does not know what to lose in competition. Five games in a row without him and today at home (12:30) he could be sixth if he adds a point against Guineueta. It will not be easy for the team coached by Hurtado who will not be able to count on […]

Granada will take the pearl of Figueres in the summer

Khalid Noureddine, in a game this season. | EU FIGUERES It was a matter of time before that happened. The progression and performance of striker Khalid Noureddine, 18, with Figueres a couple of seasons ago that do not leave anyone indifferent. After exploiting this year being the youngest player in the National League with 14 […]

Khalid Noureddine, striker of the youth A of Figueres Josep Salvà / UE FIGUERES The forward of the youthful A of the Figueres, Khalid Noureddine, who has already made his debut with the first team from Alt-Empordà, will be a player of Granada from the 2022/23 season. This has been agreed by both clubs, as […]