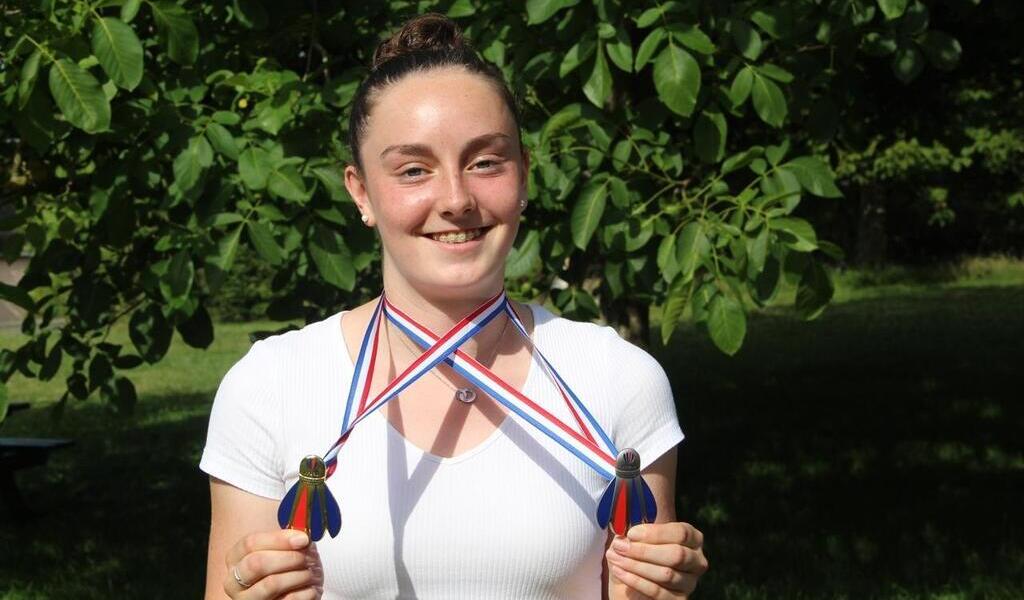 In the Dubois family, there are the grandfathers, Guy and Bernard, who practice tennis, golf or football, there is the father, Anthony, who practiced badminton for ten years in competition and for two years in leisure, the mother, Stéphanie, rather oriented towards leisure running, the brother Tom, 19, a student in Angers, a football buff, and the daughter Carla, who has excelled in badminton since she was 6 years old.

A first competition at 9 years old

“I’ve always preferred to play singles. I started at 6 years old in mini-badminton and at 9 years old, I played my first competition. It must be said that we progress very quickly in this game. And from the start, I won very quickly. First small tournaments, then regional tournaments in chicks and interregional as I approached 10 years old, ” confides the young player from Montgermont.

A college student in Pacé, Carla Dubois joined the Creps de Dinard for three years, in a class specializing in badminton and volleyball. This year, she is studying in a second class with seven students.

At the start of the next school year, in first in high school, she will continue her learning ” most, she specifies, still licensed at the Flume-Ille-Badminton (FIB) club, of Saint-Grégoire, which plays in National 2 and National 3. I had set myself the goal of the French championships. This is today done. This after my title of Champion of Brittany in Saint-Jacques-de-la-Lande in 2021, and at the Deauville school championships at the beginning of May, where I finished third, i.e. bronze medalist in singles ”.

A week later in Mulhouse, Carla Dubois became, at 16, in the junior category: French badminton champion in singles, French vice-champion in doubles with Elena Phan. She will fail in mixed doubles in the quarter-finals with Gaspard Delabrosse.

Today, Carla Dubois, is ranked n° 3 in France out of 38 as a youngest and is placed in the top 50 badminton players in all categories. “Next year, I will go to junior. There, in competition, it passes or it does not pass, because the level is higher. The step is higher. I will integrate in 2023 in Cesson-Sévigné: the Plus de Bad Académie of Erwin Kehlhoffner, high-level coach, having made the Olympic Games, to progress further. It must be said that the senior French championships will take place in Cesson at the Glaz Arena in Cesson, in February 2023.

The young champion begins to dream of participating in the 2024 world championships and why not in the 2028 Olympics. « L’important, she says, is to believe it. »