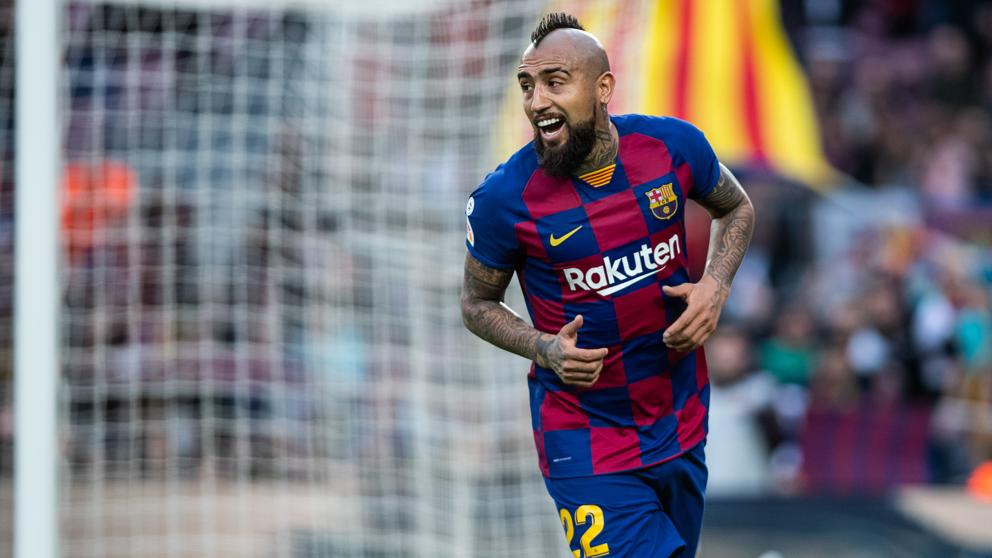 The Italian press reported weeks ago that the Inter He asked Arturo vidal to press the Barcelona to force his departure from the club and now it has transpired that the Chilean has submitted a complaint to the mixed commission of the League and the Association of Footballers (AFE) for charge
bonus for 2.4 million euros corresponding to last season.

According to him Barcelona, the player’s representatives misinterpret their contract and in the first instance the mixed commission has given the reason to the Blaugrana entity. In Barça’s opinion, it is, in fact, a Vidal maneuver to lighten his transfer to Inter because his situation in the club has become uncomfortable for both the entity and the player. However, despite this claim, Ernesto Valverde continues to defend its continuity.

The lawsuit was filed on December 5, a few days after Vidal raised in an interview on TV3 his intention to leave the club in the winter market if he did not gain prominence in the lineups. The claim indicates that it is up to the player to enter 4 million euros for his performance in the past year in three concepts: games played, participation in the eighth and fourth of the Champions League and the League title. Barcelona indicates that these variables are subject to the fact that the player intervenes in 60% of the disputed games. In this regard, 1.6 million entered into his account, corresponding to half of the Champions bonus and the League title. The club interprets, according to the contract, that the amount of minutes of play to give a match as disputed is 45, while the player’s lawyers consider that the presence on the pitch is sufficient to account for a match as played. In this sense, they claim the totality of the player’s bonus: the 2.4 million that are missing for the 4. Vidal intervened in the past year in 83% of Barça’s games, but only in 53% of them he played a minimum of 45 minutes.


The transfer of Aleñá, official

Vidal’s declaration of war fits with all the preceding maneuvers. “It is the movement that can open the agreement in the direction of Inter. A matter well treated after the agreement reached between the Chilean and the club of Zhang (the Chinese owner) ”, interprets La Gazzetta dello Sport . According to the Italian newspaper, Vidal has even agreed with the coach, Antonio Conte, through telephone calls, and Inter proposes to Barcelona to give the player until the end of the season with a purchase option for 12 million euros. Obviously, this option – similar to the one used for the transfer of Rafinha two years ago – does not satisfy Barcelona, ​​which intends a transfer or, at most, a transfer with a mandatory purchase option. According to the aforementioned newspaper, Inter offers Vidal the same salary as in Barcelona – 5 million net – but with one more year of contract, until 2022.

No matter who is right in the dispute, despite the opinion of Ernesto Valverde, the departure of Vidal seems difficult to avoid and, in this case, the center of the Barça field would lose weight quickly. In this regard, the club made official yesterday the transfer of Aleñá to Betis until the end of the season with no option to buy from the Andalusian club. The planned losses guarantee the permanence of Rakitic in Barcelona and offer Riqui Puig, star midfielder of the subsidiary, the opportunity to connect with the dynamics of the first Blaugrana team.

OM and the theory of the accident – Ligue 1

Zidane: “I’m screwed, because we didn’t deserve it”

Cantabrian hotels increase their reservations for the Eurocup soccer in Bilbao

SC Freiburg – Through the dent – Sport

The only Iranian women’s Olympic medal has flaws in “lies” and...

The inevitable breakdown of Cam Newton and the Panthers has never...