Also in the new year, VfL Wolfsburg is surfing on an impressive wave of success. Shortly after the sixth Bundesliga win in a row, the Lower Saxony also hit the transfer market: Nicolas Cozza (24) comes from France.

It was by no means easy for VfL to lure Nicolas Cozza to Wolfsburg in the winter. The club of the left-back, Montpellier HSC, is in a sporting imbalance in the French upper house. After 19 matchdays, Montpellier is only two points clear of the first relegation zone with 17 points – and yet the French let Cozza, a top performer, go in the winter.

“Nicolas is a player who has made great progress in recent years,” VfL sporting director Marcel Schäfer is quoted as saying: “He has a good basic tactical understanding and stands for a high level of footballing quality, which he constantly displays despite his young age .

According to kicker information, VfL will pay around 500,000 euros for the former France U-21 international, who would have come on a free transfer in the summer. He has been given a four-and-a-half-year contract until 2027 and will wear number 8 shirt for the Wolves in the future.

With his early move, Cozza closes the gap in the squad that was created by the departure of Jerome Roussillon. The Frenchman, who curiously also came to Wolfsburg from Montpellier in 2018, switched to league competitor Union Berlin this January.

Cozza joined the HSC youth academy at the age of eleven. The left-footed player went through all the youth teams in the south of France before signing his first professional contract in 2017 and making his Ligue 1 debut in the same year. He has made 99 Ligue 1 appearances for Montpellier, scoring five goals. In France he played for all junior national teams from U18 to U21.

Wolfsburg’s defense, the second best in the league (20 goals conceded) behind Bayern (15), should make it easier for Cozza to get started as a functioning structure. With the resounding 5-0 win at Hertha BSC on Tuesday evening, VfL made their sixth three-pointer in a row perfect – the Wolves kept five clean sheets. 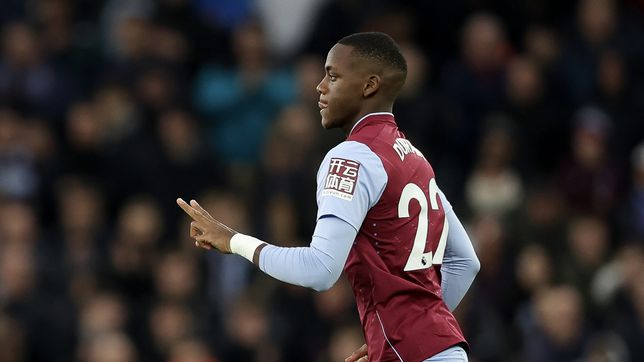 Jhon Jader Durán excites at Aston Villa after his debut

Montpellier: Arthur Fils surprises Richard Gasquet in the first round