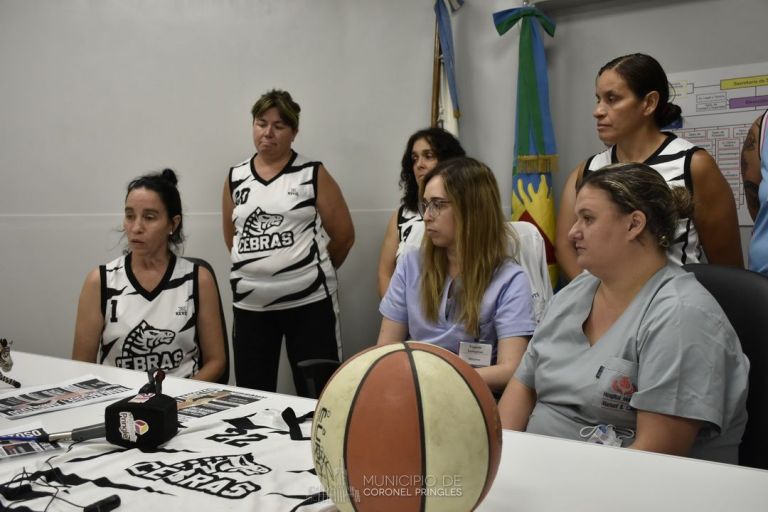 In the Directorate of the Municipal Hospital “Dr. Manuel B. Cabrera”, a press conference was held to announce a commendable sports, recreational and solidarity initiative.

The great objective – in addition to having fun and spending a weekend linked to this sport – is to collaborate with items intended for newborns, which will then be delivered to the Pringles health center.

For this reason, on Wednesday morning, a press conference was held at the local hospital, where the journalist María Rosa Luna made the announcement about the solidarity event.

The Secretary of Health, Dr. Nicolás Queti, one of the directors of the Municipal Hospital, Dr. Eugenia Tamagnini, personnel from the Neonatology area, and members of the Las Cebras basketball teams, the Independent Club, the Club Leandro N. Alem and the Social and Sports Ball Club

On the occasion, María Rosa Luna, when announcing the solidarity event and inviting the community, said: “The event, called “Mami Básquet”, will take place on February 18 and 19. We have invited teams from the area that are coming to collaborate with the Hospital”.

“What we try to do is share an event that will take place at the Municipal Spa, receive all the players, and collaborate, by way of registration, with an article of perfumery, clothing, and everything a baby needs. , which will reach people who work in the neonatology area directly”.

And he expanded: “The teams that are coming are: El Nacional from Bahía Blanca; Independiente, from Coronel Dorrego and Las Ceferinas, from General La Madrid, who join Las Cebras, from Independiente, the team from Alem and the Ball Club”.

“On the night of February 18, there will be music with the Municipal Hospital team, who are professionals and will give us a hand. There will be a barbecue to receive all the teams and the day will close on Sunday with a Mateada with all participants”. 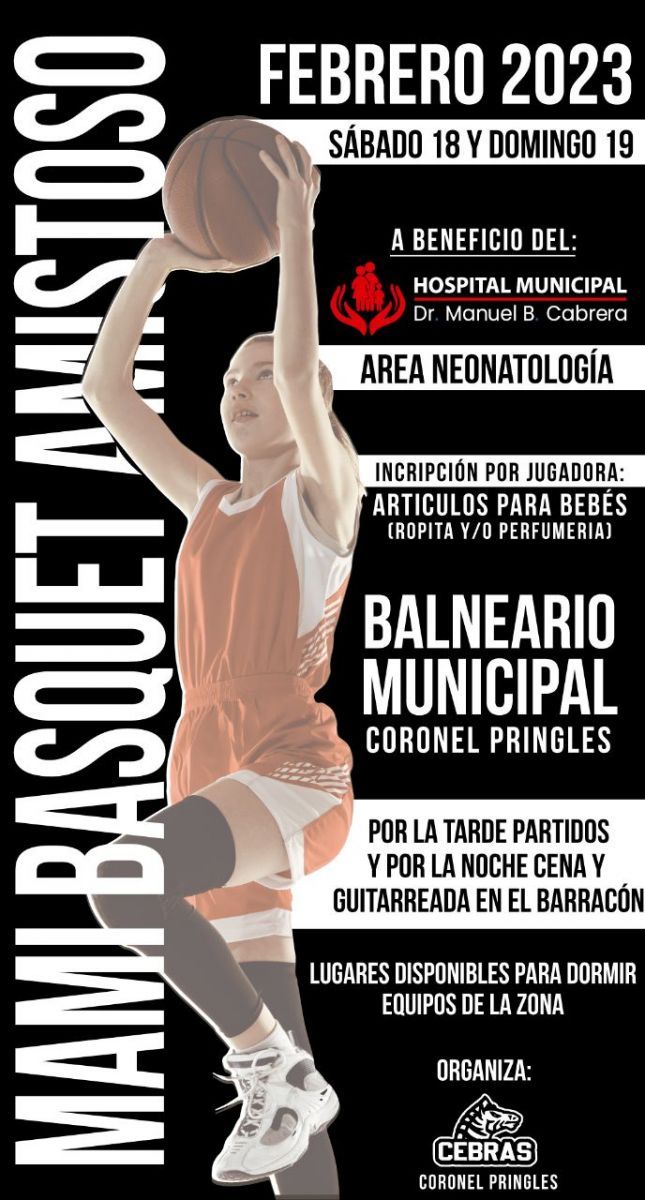 The Director of the local hospital, Dr. Eugenia, Tamagnini – who shares the direction of the hospital with Dr. Carolina Yuli – thanked the solidarity activity, highlighting that “this year it will be dedicated to the Neonatology area, which will be open to all donations, either for this event or at any time by the community”

“What is needed is: oil, diapers for newborns and premature babies, wet wipes, abdominal belts, necessary for mothers, breast pumps, blankets, newborn clothes, These are things that are needed and we will be grateful to be able to achieve it”.

Meanwhile, Dr. Nicolás Queti, also thanked the gesture of solidarity, pointing out: “These gestures always come, and more for an area like Neonatology, where the staff always tries to get the newborn to take something, which is why they always do these items are missing,” he said.

Finally, María Rosa Luna announced: “Silvana Albizu, who is a coach of selected teams from the province of Buenos Aires, who reached the top positions with the teams, had a very particular life situation. She recently had a leg amputated, due to a complicated health issue, and she, however, did not abandon the sport ”

“She is coming to visit us with a team from the city of Bahía Blanca and I want to point out that when we told her it was for the Pringles Hospital, since she also had health support in Bahía Blanca, she said that she would be present. ”

In this way, on February 18 and 19, we will have a sports, recreational and solidarity movement for the benefit of those who need it most. 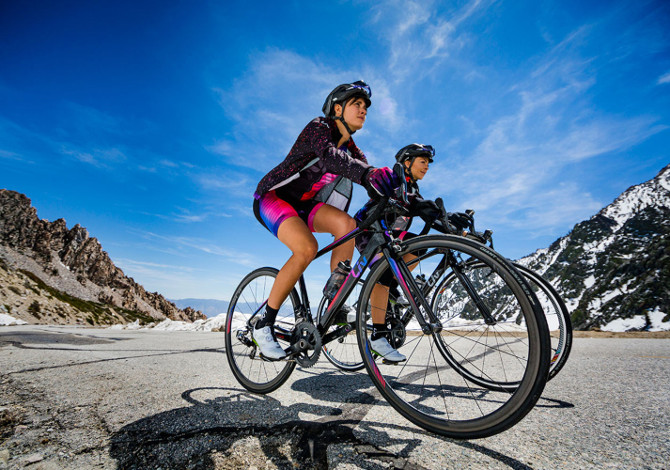 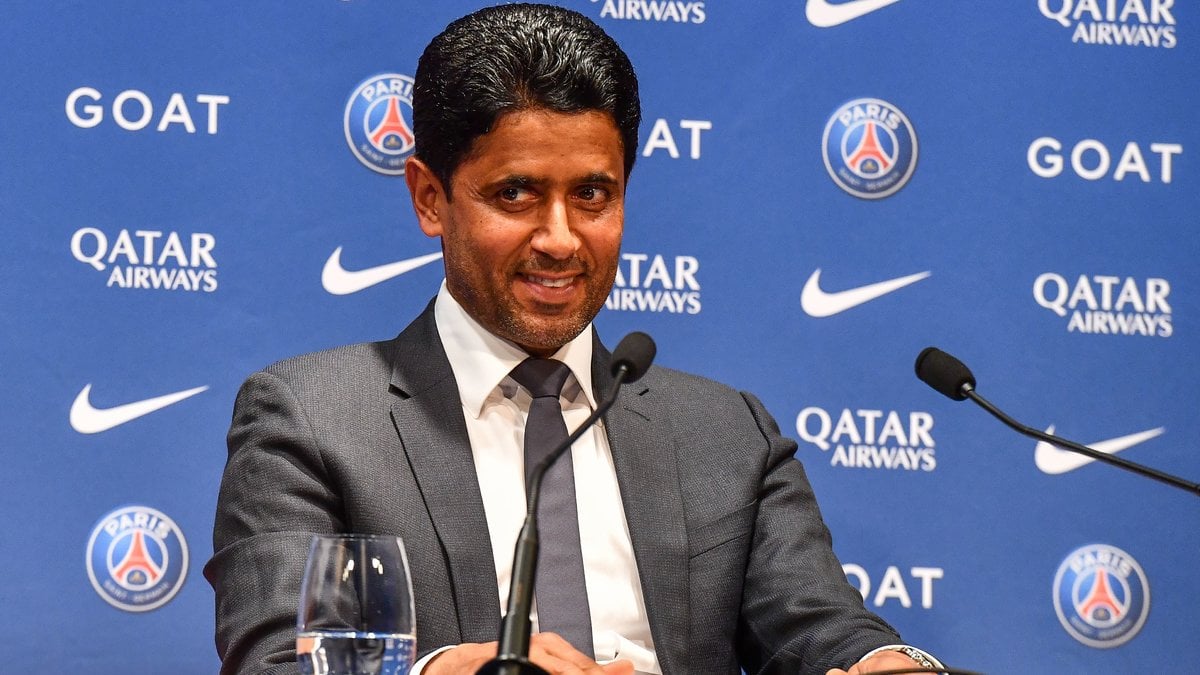