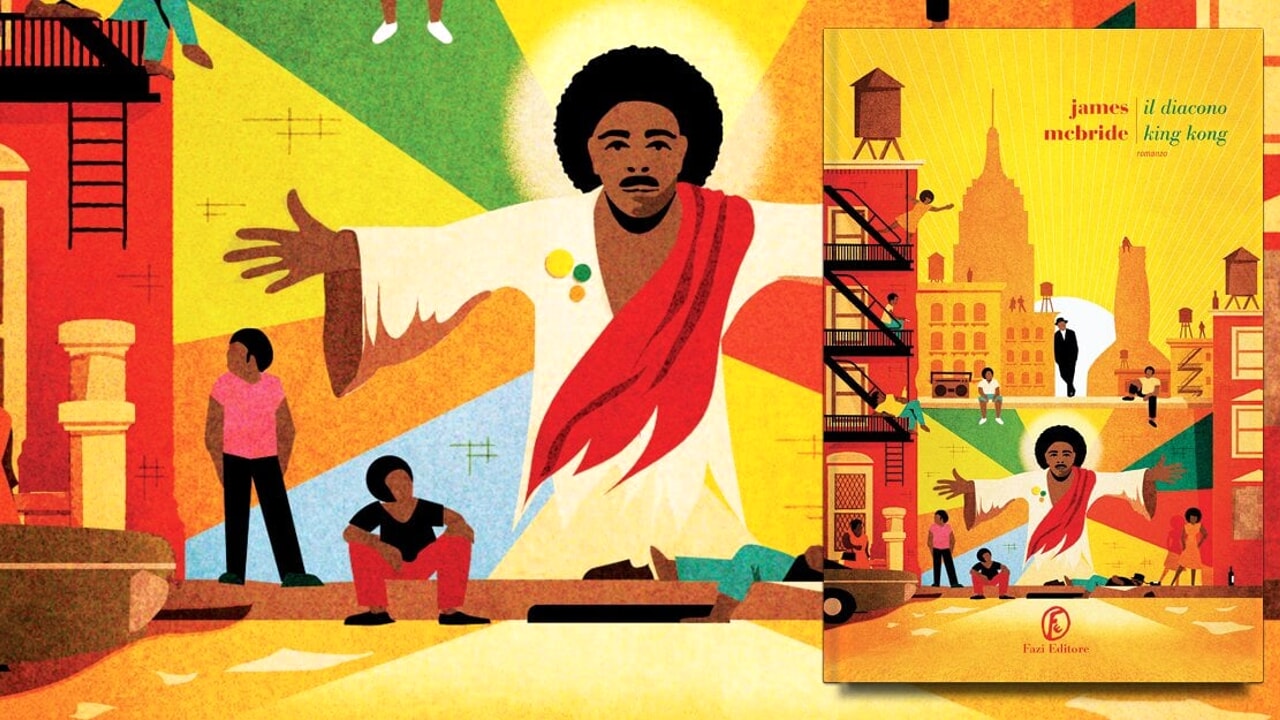 
Cuffy Lambkin is a speck. Drunkard of the first hour, decimated in body and mind, he good-natured. But also a refined expert in all plant knowledge, baseball coach and referee, talent scout, church servant. For everyone it is Sportcoat, the protagonist of Deacon King Kongthe latest novel by the American writer James McBride, published by Fazi Editore, in bookstores from today, Tuesday 17 January.

Sportcoat is a part-time deacon at Five Ends Baptist Church, King Kong is the gut-wrenching concoction he ingests from morning till night, which he drinks alone as soon as he wakes up in the morning, or in the company of his lifelong trusted friend, Hot Sausage. Nothing seems to make apparent sense in his repetitive days, made up of odd jobs here and there and rivers of alcohol. But Deacon Cuffy Lambkin, reads the incipit of the novel

became a walking dead […] the day when […] 38 in the face of a nineteen-year-old drug dealer named Deems Clemens and pulled the trigger.

From that moment, which is the beginning of the novel, everything changes. We are in September 1969 in Brooklyn, in the courtyard of the Causeway housing projects. Why Sportcoat pulls the trigger remains a mystery to everyone, to his community, even to himself. From an unthinkable explosion of violence, the intricate stories of all the people who, directly or indirectly, are involved in the shooting unravel. And then the victim, the African American residents of the neighborhood who witnessed the astonished scene, the neighborhood drug dealers and suppliers, the local underworld, the policemen called to investigate the case, the members of the church to which Sportcoat belongs and Sportcoat itself.

All the characters appear disconnected from each other, sometimes light years apart. You start reading the novel and you wonder what fits an out-of-phase deacon and time-wasters and the severe servants of a neighborhood church, with mobsters and smugglers, drug traffickers, and again with a mysterious Irish tycoon who produces bagels and a cologne of voracious ants that once a year, in single file, peep out into the popular neighborhoods. A lot happens to the characters involved in the story, and the risk is that all the gears fail to hinge on each other without strange contortions. Well, here lies the immense skill of McBride, who didn’t win a National Book Award by chance, as one could point out to me: all the parallel plots intersect in a crystalline way, without ever weighing down the narrative and bringing the reader to a ever greater degree of involvement and amazement as the chapters proceed.

Open card game: if they told me that in this 2023 I won’t read anything more exciting than Deacon King KongI wouldn’t mind. And the reasons are many. McBride paints a multitude of situations and characterizations that converge progressively and wisely, oscillating between faith and superstition, timid falling in love, and colossal rip-offs. There is police drama and action worthy of a best thriller film. There is suspense, but there is also irony and social criticism. On closer inspection, nothing is missing from a huge novel, not even twists. We are faced with a work that is light in the end, but which excites and makes us reflect like few others, with sarcasm and without ever taking itself seriously to the end, on the unjust mechanisms on which American society was based at the end of the ‘ 60.

But above all there are the characters. And what characters. McBride outlines them with absolute wisdom, makes them hateful in the eyes of the reader and then makes them love them. Unattainable, on top of all, there is that paradoxical being that is Sportcoat. Grotesque and bizarre, apparently incapable of understanding and wanting, bumbling and aimless. Perhaps the only one, however, able to find the key to the problem when necessary. There is his companion for snacks, Hot Sausage: the good part of the couple, one would have to say, but perhaps far more bewildered than his companion. Sister Gee if she doesn’t closely resemble Aretha Franklin in The Blues Brothers, in shirt and slippers, we are close. The Elephant is the tender smuggler and mother’s heart, Potts the police sergeant who loves to use the carrot more than the stick. Paradoxical characters, but deeply authentic.