NBA: The NBA is a hoot: names, figures and reasons to explain the highest scoring season 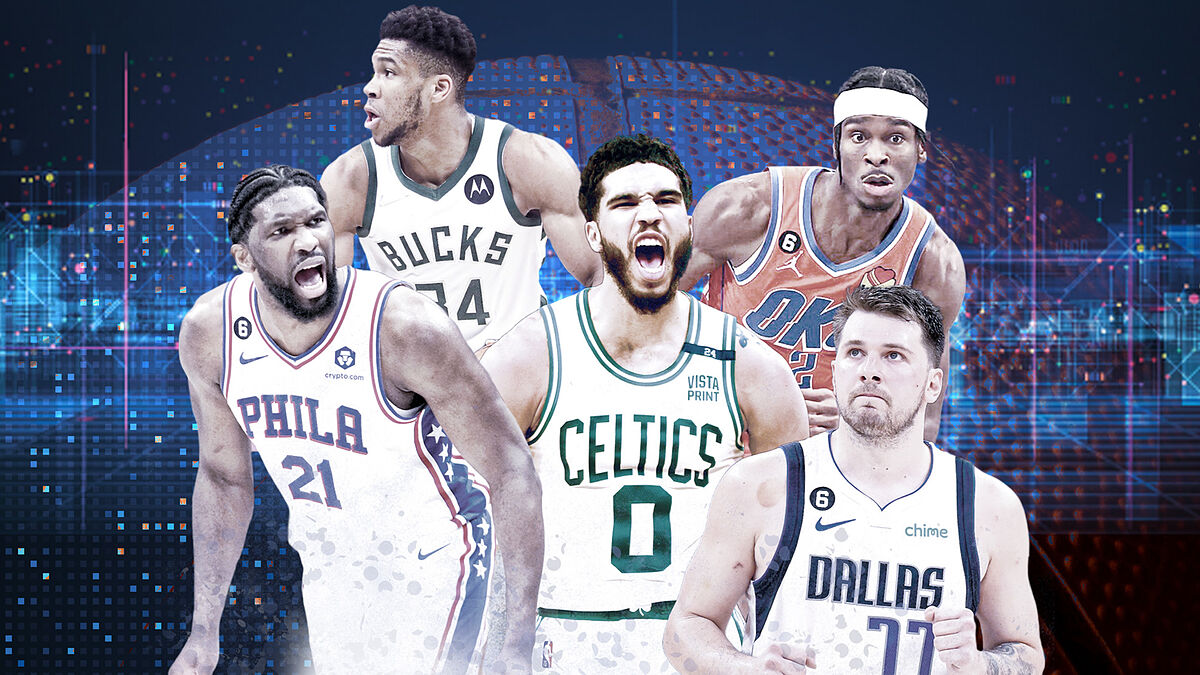 Rare is the night that there is not a scoring display in the NBA. Donovan Mitchell’s 71 points, Luka Doncic’s 60, Joel Embiid’s 59… The records fall every day and the myths of the past go down lines in the history books. The parties in which someone scores 40 points, in fact, it has already been seen 103 times this season. 38 different players have achieved it.

Last year there were 119 performances above the quarantine throughout the regular League. Now we’re just over halfway. In the 1961-62 campaign, there were 142, but there is an asterisk: 63 of them were from Wilt Chamberlain. The NBA lives in a permanent offensive bacchanal which is making this season the most prolific in history.

There is a waterfall of numbers as a result of this uncontrollable scoring phenomenon with various causes. Sergio Scariolo, the Spanish coach, current coach of Virtus Bologna and who worked in the Raptors coaching staff for three seasons, helps explain them.

In the past there may have been superstars who shined brighter, but never before has there been such a wealth of talent in the NBA. Five players are averaging more than 30 points per game. It is the highest number in NBA history, matching the five that did so in 1962. The names of Wilt Chamberlain, Walter Bellamy, Bob Pettit, Oscar Robertson y Jerry West have given way 60 years later to Luke Doncic, Joel Embiid, Jayson Tatum, Giannis Antetokounmpo and Shai Gilgeous-Alexander. LeBron James and Kevin Durant are close.

But is that up to 15 players in the League exceed 25 points on average and 42 reach 20. “One-on-one, where they are really good, they have worked and improved a lot in the last 10-12 years. The amount of time spent on individual improvement has increased dramatically, individual technique coaches are better, and players’ own commitment to individual improvement has grown.. In addition, the good players in Europe play 25 minutes and there, between 35 and 38″, Scariolo comments.

“Protection for attackers is much better in the NBA. Here much more is allowed to touch, grab or push. Hand defenses are very limited there. The possibility of a player having more freedom and space to be able to score is favored”, affirms Scariolo on the norm that since 2004 penalizes contact when the defender uses his hands and that some players have been able to exploit to take free kicks, whose success rate in the League is also very high, close to 80%.

But perhaps the rule that basketball changes the most with respect to FIBA ​​is that of the defensive three seconds, which prevents a defender from spending more than that time in the restricted area unless they are actively defending the opponent. Some MVPs like Nikola Jokic and Giannis Antetokounmpo and a contender like Luka Doncic have already commented the facilities to score that they found in the American League and how difficult it was to do it with their national teams.

Protection for attackers is much higher in the NBA. The possibility of a player having more freedom and space to be able to score is favored

Advanced statistics applied to basketball has changed the sport as it was known. The numbers say that an attack that resolves in the first eight seconds is much more effective thansince it is probable that the rival defense is not ordered. The pace is breakneckthere are more and more possessions per game for each team and, therefore, more chances of scoring. It also helps to have only 14 seconds to shoot after an offensive rebound..

Mathematics also says that it pays more to shoot a 3 before than a midrange shot. And that can be seen in the graphics, where the hot spots are beyond the arc, especially the corners, with less distance to the basket, and just below the basket. In the 1979-80 season, when the triple was introduced in the NBA, the teams shot 2.7 per game. The Warriors this year shoot 43.7. The Rockets of four years ago reached 45.4.

The distance that there is in the triple does not affect the shooters, but it does affect the defense, with which there are many released triples

“The spaces are very big and the teams have stabilized at an average of about 35 triples per game. The distance that there is in the triple does not affect the shooters, but it does affect the defense, with which there are many released triples”, Scariolo analyzes. There are plenty of reliable players shooting unopposed and It is increasingly common to see shots from nine meters or from the midfield logo. The space that the defense must cover is enormous and almost impossible to cover.

“In the NBA you don’t defend yourself,” say the critics like a mantra before the gargantuan scores. The national coach argues that “the circumstances of each team influence: you can be in a back to back, with players out, in your fifth game in seven days…”. Also, the attacks are getting better and better.

The 114.1 point average per team is the most since the 1970s.. The top scorers in the NBA are currently the Kings, with 120 per game, but the 30 teams in the League exceed one hundred on average and the Heat, the worst with 108.9, would be the best just 10 years ago. And the offensive efficiency is surpassed practically every course: the Celtics are currently putting up a savagery of 117.8 points per 100 possessions. Endless figures that make this NBA a hoot.