Also read: The “Vinotinto de las alturas” with a future in the NCAA

Within the cycle of generational renewal of the national basketball team, coach Fernando Duró has tested several of the young Venezuelan talents who are in different latitudes of the world, so that they get to know what international contact is. One of these cases is that of Fabrizio Pugliatti.

Pugliatti is a young player who is barely 18 years old, but who has already worn the “Vinotinto de las Alturas” jersey twice, and who has additionally already spent several years developing in Italian basketball.

To learn more about his future in the national team, his present in the old continent and unknown data about him, the MERIDIANO BRAND spoke EXCLUSIVELY with Fabrizio Pugliatti.

What do you like the most about Italian basketball?

R- What I like the most about Italian basketball is the competition that exists between its leagues, from Serie B (second category) to Serie A1 (first division) there is a lot of competition, between different seasons you can see players from Serie A1 in Serie B and vice versa .

You have never played in the Venezuelan Professional League, but from what you have seen. How are both games (Italy and Venezuela) similar?

R- I am someone who does not like to make comparisons, I think that the Venezuelan Super League is of a high level, just like the Italian League.

What is the facet of the game that you like the most and in which do you think you are better?

R- The facet that I like the most is the offense, I love creating plays and putting my teammates in rhythm with assists, in the same way I am always working to continue improving and learning.

How did you come to play in Italy?

R- I received the first calls from Stella Azzurra Roma (the club where Pugliatti plays), after the South American U14 tournament played in Maturín in 2017. I had the help of the coach, Manuel Echezuria, who gave me the confidence to be part of that team and Kevin Schepman, after several months of processing, the scholarship was obtained to travel to Italy to study and play.

Is there much difference between Italian and Venezuelan culture?

R- They are surely different cultures, each country has its touch, which is what makes them different and special.

How do you feel about being one of the young promises of Venezuelan basketball?

R- I feel very blessed for that, it is something that motivates me to keep working hard and learning more every day to always keep progressing in all aspects of my life.

How often do you talk to the Duró coach?

R- Coach Duro and his staff are always very aware of my day to day here in Italy, always grateful to them.

How does it feel to be part of the men’s basketball team?

R- It is a privilege, I thank God for allowing me to join a great family like the national team, every time I go with the “Vinotinto de las Alturas” it is a great pride and a great opportunity to learn from the best players in the world. country.

WHAT YOU DON’T KNOW ABOUT PUGLIATTI

1- A sports idol: “Lebron James is impressive that with his age he continues

doing the things you do”

2- A team you go to: “I was born in the Carabobo state, that’s why the teams I

I always go to him are Magallanes and Trotamundos ”

4- Favorite music: “What I listen to the most is reggaeton, but I like several types of

6- A dream to fulfill: “My dream has always been to play in the NBA or the Euroleague”

7- Favorite film or series: “I am not one to watch many movies or series, but the paper house

8- A nickname: “When I arrived here in Italy they called me the child, and the family nickname is teto” 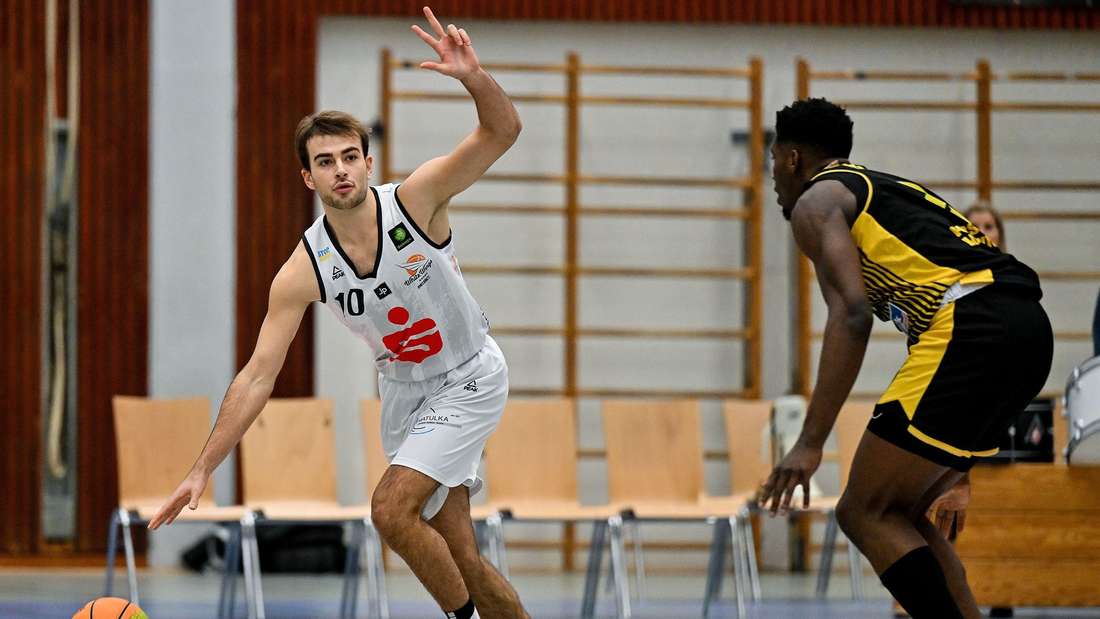