Kalulu and Dembélé scorers, the French effective on the European scene 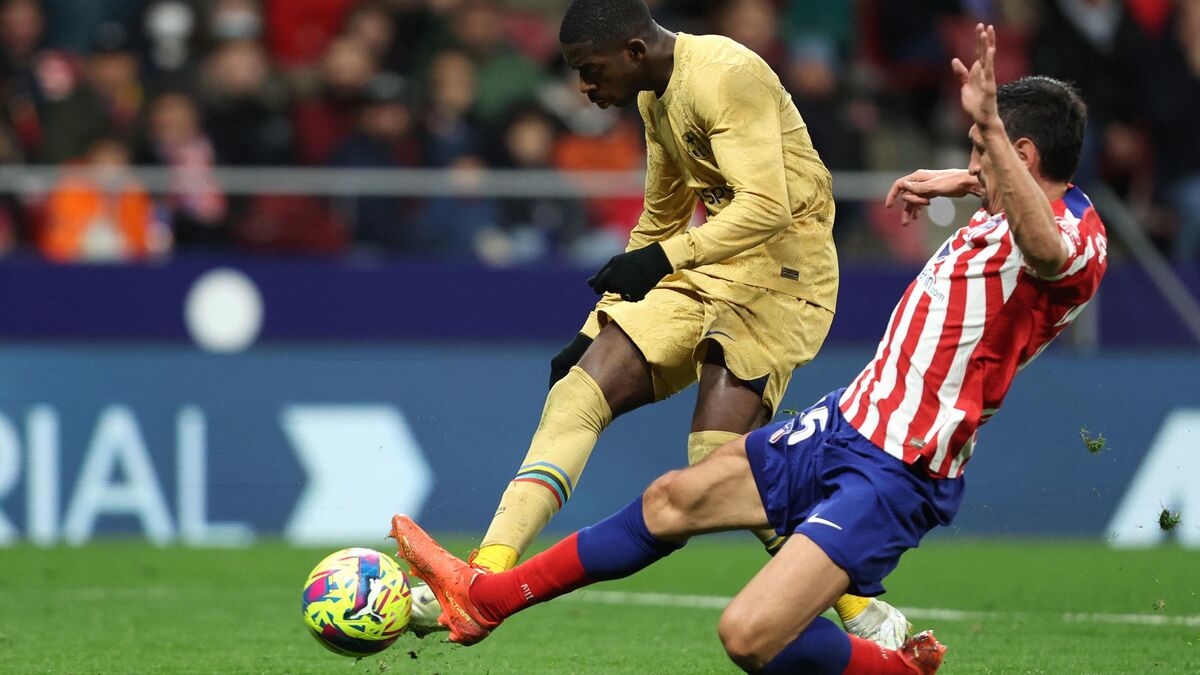 The French abroad were out and showed themselves in good shape all over Europe this Sunday evening. In La Liga, Ousmane Dembélé distinguished himself the most by scoring the winning goal for FC Barcelona against Atlético Madrid (1-0). He thus allows his club to take the lead in the championship alone. Also a scorer in Serie A, Pierre Kalulu contributed to AC Milan’s draw against AS Roma (2-2).

After Real Madrid’s misstep at Villarreal (2-1) on Saturday, Barça, with Jules Koundé as starter, had the hand to regain command of La Liga. But Atlético proudly defended their skin, obtaining several big chances, especially at the end of the match, where Antoine Griezmann saw the equalizing shot saved on his line. The Blaugranas therefore relied on Ousmane Dembélé, the only scorer of the match, with a low cross shot in the 22nd minute (1-0, 22nd).

Overall very strong, the winger could have made the mark heavier in the second half, but found the post on a well-directed counter (62nd), then just missed the target on a shot from eighteen meters (69th ). He finally died at the end of the match, but the essential for him is elsewhere: Barça is now leader of the championship, with three points ahead of Real Madrid of Karim Benzema, scorer on Saturday during the defeat of his club. in Villarreal (2-1).

In the other shock of the evening, in Serie A, AC Milan failed to win against Roma. Théo Hernandez and Olivier Giroud, although holders, left the role of scorer to another Frenchman, Pierre Kalulu. The former Lyonnais opened the scoring with a header from a corner (1-0, 30th). With this initial advantage, enhanced by the goal of Tommasso Pobega (2-0, 77th) the Rossoneri were in the lead for a long time, but were finally caught up at the end of the match, with two late goals from Roger Ibanez (2- 1, 87th), then Tammy Abraham (2-2, 90th + 3).

With this draw, the Milanese (37pts) remain in 3rd place in Serie A, tied on points with Juventus, and see Napoli (44pts) inexorably take off at the top of the standings.