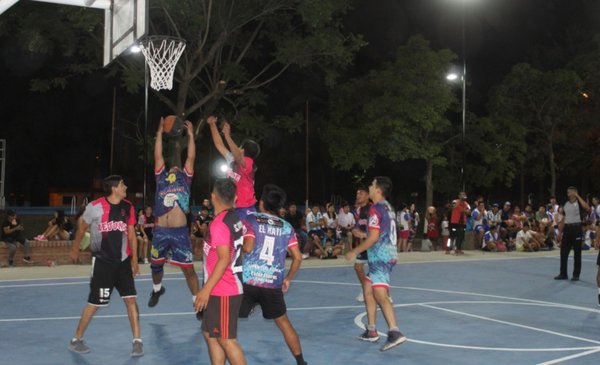 Gladiators, both men and women, became champions of the basketball discipline of the Summer Olympics organized by the Municipality of Monterrico.

It is worth remembering that Mayor Nilson Ortega had inaugurated the 2023 Summer Olympics, in the remodeled municipal sports complex, a work carried out by the Municipality with its own resources that includes basketball, volleyball, futsal and handball courts in an area of ​​2,400 square meters illuminated by 44 led teams.

They were part of the act, the provincial deputy Rubén Rivarola, the ex-governor Walter Barrionuevo, the mayor of Palpalá Eduardo Rivarola, the secretary of Sports of the Province of Jujuy, Hugo Flores; the provincial deputy Juan “Lalo” Ortega; the president of the Deliberative Council, Miguel Consultti; the councilors Ester Flores, Ariel Batallanos, Ezequiel Guerrero; Misdemeanor Judge Dr. Iván Mendoza, Justice of the Peace Héctor Serna, Secretary of Government, Leandro Pugliese; from the Treasury Juan Carabajal, from Public Works Alejandro Cayón and the Director of Sports, Yolanda Párraga; and the adviser to the Deliberative Council, Micaela Arriaga.

There are 18 teams participating in this new edition of the Olympics called “Rodrigo Cayón”.

The vacation recreation program called “My Inclusive Valley” for children with disabilities began in Monterrico at the municipal shed.

With the presence of delegations from Perico, El Carmen, San Antonio, Aguas Calientes and the Canacadi de Monterrico, the launch took place.

The Secretary of Government, Leandro Pugliese; Gerardo Mercado from Parque Automotor, professors Rubén Mercado (from Ciudad Perico) and Dorna Chocobar, together with the director of Canacadi, Carmen Rosa Vergara.

The colony will make visits to all the participating towns, where the local institutions will be the hosts.

The commune of Monterrico has been working seriously on the issue, seeking to integrate children with disabilities into society, sport being a very good link for this purpose.