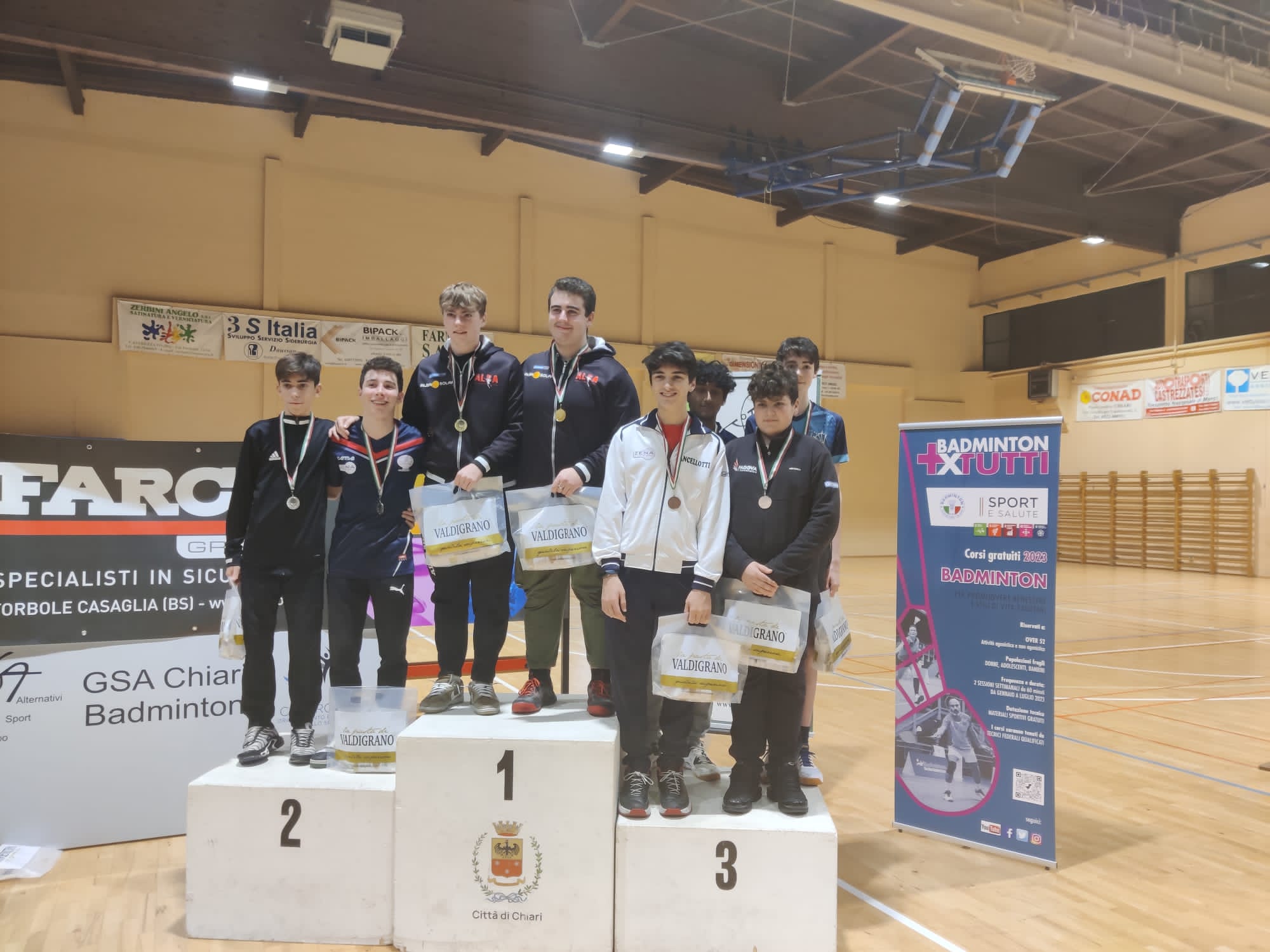 At the first Grand Prix of the new year Alba Shuttle conquers the victory in the under 19 doubles, thanks to the couple Leonardo Fava and Edoardo Parusso. The duo defeated Libertini/ Trezza 21-17/21-18 in a beautiful final. Gold in the under 17 singles also for Pietro Capetta, who won with decision on Bianchi 21-15/20-22/21-12.

The two blues Sofia Protto and Ilaria Fornaciari reached the final, playing a good tournament, but they had to pay the honors to Tognetti and Torres 15-21/21-19/21-13. In the absolutes Faizan Aslam was defeated in the quarterfinals 21-13/21-8 by the international Tonni Zhou. In the men’s doubles Jakub Boero and Giuseppe Monchiero make it well to the quarterfinals, only to surrender 21-8/21-13 to the Azzurri De Leon and Piccinin.

Giulia Marengo and Tommaso Libertini give way after a good performance in the quarterfinals 21-17/22-20 by Bastien and Cordoano. Among the Masters Ezio Bossati and Federico Bianchi are stopped after a tough fight, in qualifying 17-21/24-22/21-11 by Recchia and Turrini. The tournament was very popular and saw over 240 players from all over Italy compete, for the people of Alba it was a competition to get closer to the next objectives which will be the Italian championships for Serie B, C and under 17 teams.