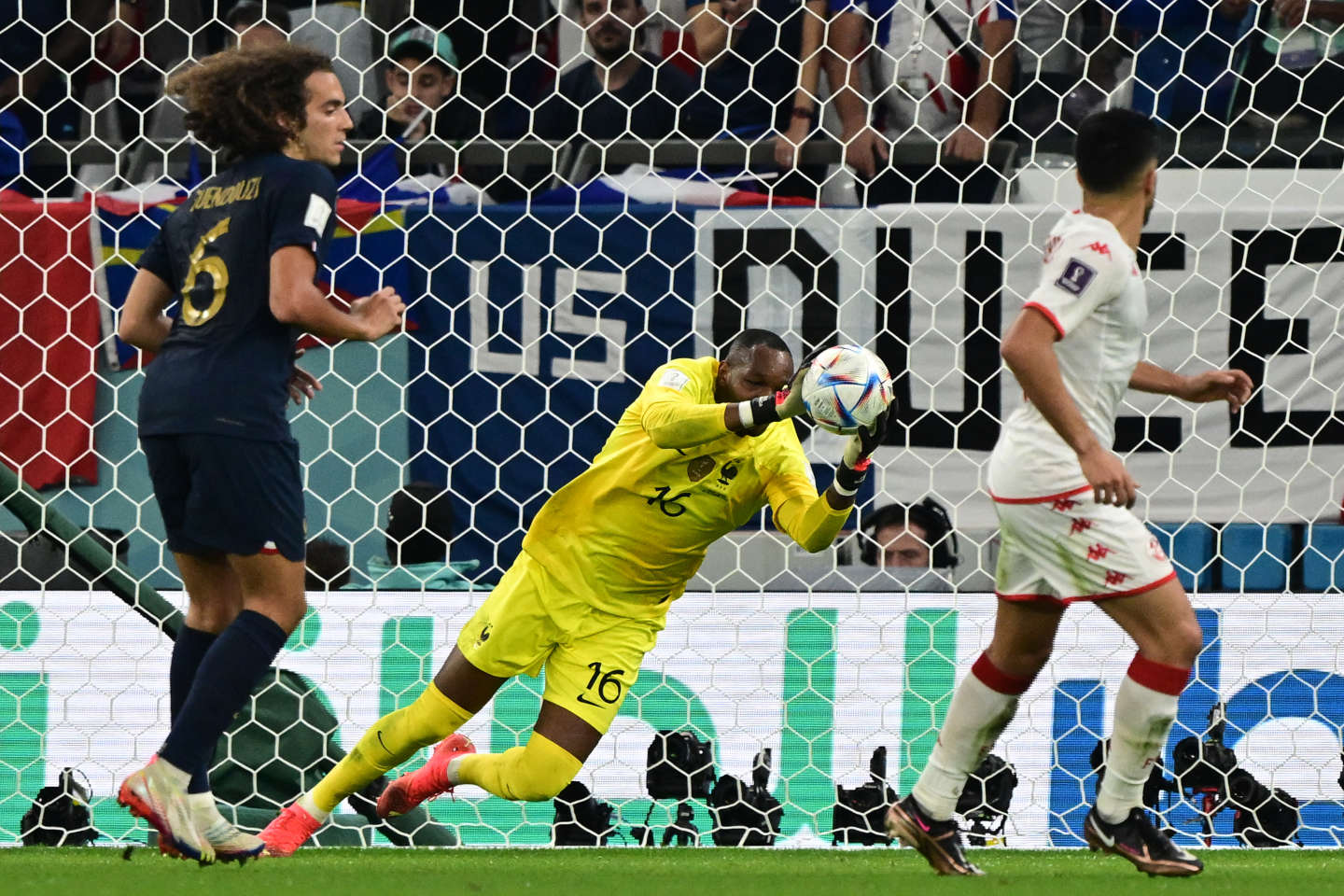 Until the end, his international career will have been linked to that of Hugo Lloris. A few days after his captain, comrade and competitor in the cages of the Blues, Steve Mandanda announced, Saturday January 14, that he was ending his international career. As revealed by the team, the goalkeeper of Stade Rennes decided, at 37, to conclude fifteen years in selection during which he wore the blue jersey thirty-five times.

“We talked about it with Hugo, we came to the same decision. I lived great moments with the France team, and it is with a lot of pride and emotion that I lived all that. Today, the France team is stopping for me,” declared Steve Mandanda in a press conference, almost a month after the final of the World Cup lost by the France team against Argentina. This epic match, he experienced it from the sidelines, like all the major meetings of the Blues in international competition since his first selections, in 2008.

From the European Championship, that year, to the recent World Cup in Qatar, via the Worlds in South Africa (2010), Russia (2018), the Euro in Poland and Ukraine (2012) , then in France (2016) and across the continent (2021), the goalkeeper was a faithful understudy. First, briefly, by Grégory Coupet, then above all by Hugo Lloris. He only missed the World Cup in Brazil (2014) due to a neck injury.

Between Mandanda and Nice, “there is respect and complicity”, declared to Monde Franck Raviot, Didier Deschamps’ assistant, in 2021. « They are intelligent men before being great guardians, which facilitates their relationship. »

Trained at Le Havre Athletic Club (HAC), where he made his professional debut in Ligue 2 in 2005, Mandanda was loaned with the option to buy to Olympique de Marseille (OM) in 2007. At the time, he was supposed to compensate for the injury of the number 1 of the club, Cédric Carrasso. But the latter will never find his place and will leave for Toulouse the following year. Mandanda imposed himself in the Olympian cages as an evidence.

Read the story: Article reserved for our subscribers World Cup 2022: the almost perfect story of a French team born in pain but inhabited by its destiny

With OM, the goalkeeper won three League Cups, but above all the title of French champion in 2010. This native of Kinshasa (Democratic Republic of Congo, at the time Zaire), who grew up in Evreux (Eure ), lost two finals, in the Coupe de France, against Paris Saint-Germain, in 2016, and that of the Europa League (the second of the European Cups), against Atlético de Madrid, in 2018.

OM’s most capped player, the goalkeeper has worn the sky and white jersey 613 times. His fourteen seasons (from 2007 to 2022) were interrupted by a hook in London, at Crystal Palace, in the Premier League (in 2016-2017). At OM, his most memorable performance will remain one of his very first. It was October 3, 2007 on the lawn of Anfield, Liverpool. That evening, Marseille’s last rampart was impassable against Steven Gerrard and his partners, allowing his team to create the feat (1-0 victory).

Ephemeral holder in Blue, before losing his place

In the France team, Steve Mandanda went through the Didier Deschamps era (from 2012), the Laurent Blanc years (2010-2012), but also those of Raymond Domenech, his first coach. A time that seems very distant today, which says a lot about the longevity of the goalkeeper in selection.

In the shadows during all his international campaigns, Mandanda had nevertheless endorsed the costume of number 1 with the Blues. At the time, he was young (23 years old), strong, charismatic and seemed well established. But a few performances will instill doubt in Domenech’s head. Established against Turkey in June 2009, Lloris takes his place… never to let go. “I lost my place in Blue because I was not good. It’s a big regret. I had this place and I regret not having kept it”, confided Mandanda to “Téléfoot” in 2014.

For a little over a year, his status as number 2 with the Blues has been questioned by Mike Maignan, who shines in the Italian championship with AC Milan. Injured in the calf, the former goalkeeper of Lille Olympique Sporting Club could not play the World Cup in Qatar with the Blues, giving Mandanda one last dance in the France team. Feeling the years go by and the succession gaining momentum, the “eternal” understudy chose to close the book of his adventures with the Blues himself. He will have known the best there – the crowning of world champion in 2018 – as well as the worst, the South African fiasco and the players’ strike in Knysna in 2010.

Like Lloris, his understudy gives way to the next generation. “It’s time for others to take their chances, and we know that Mike [Maignan] is destined to take over »observed Lloris in The team. “Today, there are young people arriving”completed Mandanda on Saturday, happy to have “come full circle with Hugo Lloris”. If the Milan goalkeeper is favorite, if he is restored, from March, the place will be to take in the tricolor cages for the start of the qualifiers for Euro 2024.

Mandanda’s career is not over, however. Transferred from OM to Stade Rennes in the summer of 2022, the now ex-tricolor goalkeeper is expected on Sunday in the cages of the Breton team which hosts Paris Saint-Germain. Like number 1, this time.

the poster for the 2023 edition unveiled