Tennis is considered a gentlemen’s sport and as such it has its rules of etiquette, that is, the unwritten ones, that every practitioner of this sport must know in order to enjoy this game more and, above all, preserve the sportsmanship.

As in any other sport, in addition to respecting the rules that the regulation itself imposes, there are other rules that must be taken into account when practicing the so-called white sport. They are courtesy rules on the court, which every player must learn and put into practice for the good of the game itself and of the other participants.

Tennis is a social sport, a game that involves simple courtesy and consideration for the opponent, when taken into account it is proven that everyone involved will enjoy the game much more.

These are some rules called etiquette that are important to consider when playing a match:

Even the most efficient tennis players spend more time between points than playing points.

Here are some recommendations that will speed up the game and make it more fun for everyone:

Balls must be kept in hand, in the bag, in a ball clip or on the fence behind the center mark.

Every time your opponent has to travel a considerable distance to pick up a ball, look around you to see if they can pick up any balls within a similar distance. If the player who takes out needs a ball and it is closer to you, you must send it to him.

Throws the ball to the server in such a way that it can be easily caught with one hand. Advanced players seem to be able to get it from a smooth boat to the server. But less advantaged players need to dribble this a couple of times to get it to slow speed.

Never send the ball towards the opponent’s court in order for it to bounce over the net and eventually be picked up. In addition to the possibility of hitting someone unawares you can also cause the ball to hit the net and roll away or back onto the court where it will become a nuisance. It is equally impolite to make the server have to pick up the ball from the ground when it could have been sent to him in such a way that he would get it after one or two bounces.

If the receiver cannot hear the announcement of who is serving, you should ask him to speak louder. You cannot wait until the server thinks you have won the point to rebuild it.

The code mentions this situation very well, but here are some points that players often overlook.

If you’re not sure if your opponent’s ball went in or out, it went in; If you return a first serve that your opponent clearly saw out, your opponent won’t be sure why he didn’t call it out. It is difficult for the receiver to call fast balls and should give the opponent the benefit of the doubt, but if you notice that he has confused the opponent by playing a ball out, you should ideally offer to replay the point.

In doubles, you should not be marked out when the balls land on the sideline farthest from you, unless the marking is obvious and your partner was obstructed in some way from seeing it. If you are the receiver and your partner is close to the service line at the start of the point, your partner has the best visibility to decide if the serve is good or foul, you can mark him if he doesn’t, but always favor your judgment, (generally you should not contradict the markings of the partner).

You have to try to look like you’re having fun even if you’re playing poorly. Your opponent does not want to see you suffer, at least when it comes to a friendly match.

And you can improve if you try to present a better state of mind.

Tennis is a social sport, a gentleman’s sport that implies a certain courtesy and consideration for the opponent.

The beginning and the end

It is important to arrive a few minutes before the start of the game, to be able to warm up before the rally, also to ensure that you bring all the necessary material (balls, towel, water).

Before the game, make a draw with the racket grip. The winner will choose whether to serve or receive, or the side of the court they prefer to start on.

The serving player must have all the available balls on his side of the court before the game begins. Pocket at least one of them before starting a point to speed up the game.

At the end of the game we went up to the net to shake hands with our rival.

Complying with these simple guidelines, we will enjoy tennis matches with insurance, a good ending, whatever the result.

To know:
Tennis balls were originally black or white. However, in 1972, the International Tennis Federation approved the change to the yellow color, the main reason being the television broadcast, which at the time was black and white. 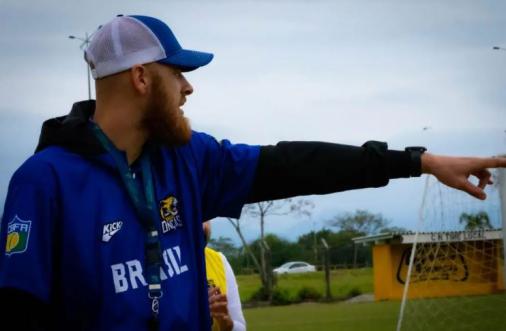