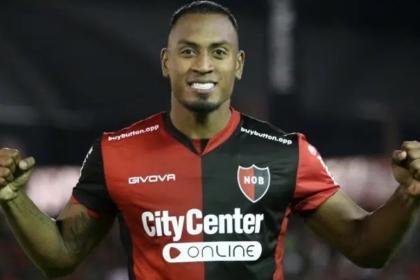 The former defender of Junior de Barranquilla, Willer Firmhad a great season this year with Newell´s in Argentine football, so much so that the club decided make use of the purchase option and keep 80% of your pass. Now, after confirming the purchase of the club in Rosario, Boca Juniors He would have already shown his intention to sign him for 2023.

The ESPN journalist, Julián Capera, made his inquiries in Argentina and said that the xeneize has the Colombian defender in the folder, for whom they would seek a loan in 2023. “This week colleagues in Argentina told it and it is that Newell’s executed the option purchase by the Colombian center-back, that was already known: 700 thousand dollars for 80% of his pass and he will sign a new contract until 2025. The new thing, what we found out and what they told us is that that purchase was executed immediately, it sounded the phone”.

Capera indicated that Boca Juniors showed its intention to sign Ditta from the outset and already asked about values. “One of the greats of Argentine football, the recent champion, Boca Juniors, has asked about the conditions for a possible transfer. They are looking for a central defender and we have confirmed that one of the players who is in the folder and who they have already asked about is Willer Ditta. That matters to Junior because he keeps 20% of the economic rights.”

It should be remembered that Boca Juniors has just been crowned champion in the Professional League in Argentina and that it has two Colombians in its ranks: Frank Fabra, undisputed starter and even captain, and Sebastián Villa, who has had important performances beyond his off-sports problems. Will another Colombian land in Boca by 2023? At least, that is what Jorge Bermúdez, Juan Román Riquelme and the xeneize board intend.