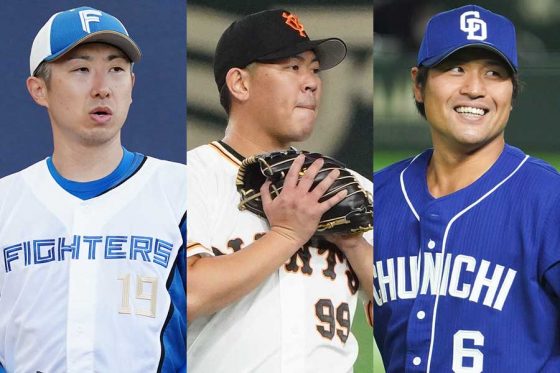 The NPB Awards honoring the players who colored the 2022 season were held on the 25th, and the professional baseball world entered a complete off. Each team continues to improve their strength for the next season, and there are cases where players who have been out of the strength of other teams have come back. On the other hand, there are quite a few big names who have not yet decided on a new location despite their proven track record.

Outfielder Ryosuke Hirata, who received a notification from Chunichi that he was out of force, finished with a batting average of .200 and 1 home run and 10 RBIs in 51 games this season. His reason for leaving the group was controversial, but he himself emphasized his love for Chunichi. He has a strong desire to continue playing in NPB, and on the official YouTube channel, he said, “If I am invited to the next professional baseball team, I would like to pass on my experience as a veteran to my juniors.” rice field.

Certainly 17 years of experience as a professional is a great asset. Although he is a middle-range hitter, he has hit 105 career home runs despite the large home field. He won the Best Nine in 2015 and the Golden Glove Award in 2018, and has shown his presence in offense and defense. However, he has been sidelined by injury almost every year and has played few years in a season. As his age will surely pile up, his injury risk may become one of the bottlenecks.

In the same 1987 generation as Hirata, pitcher Shun Yamaguchi was removed from the Giants. After his major challenge, he will return to the Giants in 2021. He started 15 games that year, went 2-8 with a 3.56 ERA, and pitched just one game this season. It’s true that he lacks brilliance after returning to the Japanese baseball world, but he’s still within the range of his age. Will he be the starting pitcher and relief team, and will there be a team that finds a chance to win with the experience of knowing Japan and the United States?

“Arafo” are also off to search for new worlds. Pitcher Chihiro Kaneko, who became a free contract with Nippon-Ham, will turn 40 next year. During the Orix era, he reigned as an ace representing the baseball world, such as the Sawamura Award, MVP, and two most wins, but his results are on the decline in his late 30s. In the last three years, he has won just two. Pitcher Hirotoshi Masui, who has been out of the force from Orix, will turn 39 next year.

Looking at the players who hope to continue playing but have not decided on their departure, there are many players who were once the main force of the team. There is still time left until the next season, and attention will be paid to his movements. In addition, compared to the usual year, the difference this time off is the “Active Draft” that will be held next month. Based on the results, it is also possible to reach out to players outside the force for further reinforcement. The 2023 season is coming up quickly. I can’t take my eyes off the whereabouts of the players.