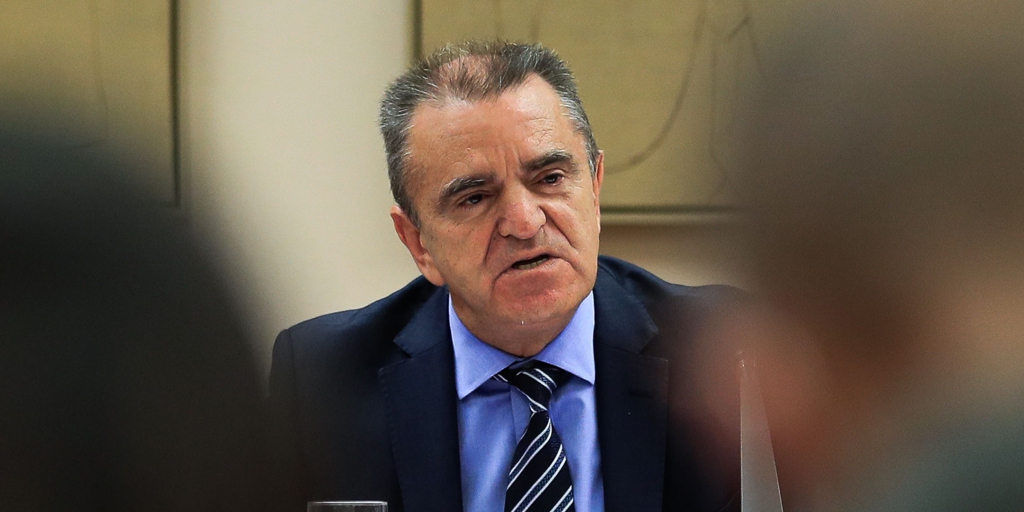 The Secretary of State for Sports and president of the Higher Sports Council (CSD), José Manuel Franco, appeared this Tuesday in Congress to explain several issues, including the Government management in the Rubiales case. However, he has not even mentioned it in his first and most extensive speech, despite the fact that the agenda included a battery of questions from the opposition on this very issue.

Not in vain, Franco arrived at the appointment with two requests to appear from the PP and similar ones from Vox, Ciudadanos and the deputy of the mixed group Pablo Cambronero for this scandal. Above all because of one of its most controversial derivatives: the agreement of the Royal Spanish Football Federation (RFEF), chaired by Luis Rubiales, with Gerard Piqué for carry the Saudi Super Cup Saudi for six seasons in exchange for a commission of 24 million euros for a company owned by the former FC Barcelona player.

The number two of the ministry of the branch has only referred to this issue after criticism from the spokesmen for PP and Vox, who have insisted on asking him why he did not take the case to the Administrative Court of Sport (TAD) instead of “putting it in a drawer and look the other way” or “put yourself in profile”. They have also reminded him that this “permissiveness” can cause the alleged irregularities of Rubiales and the RFEF to prescribe and go unpunished in the administrative process.

“I’m going to spread out”

Franco has barely commented on it at the very end of his reply and after two hours of appearance. Although he started by saying that “I am going to expand in depth”however, he has dispatched this matter in a couple of minutes to ask for “respect for the law and the presumption of innocence” of Luis Rubiales: “We cannot make a clean slate and that everything that reaches the CSD ends up in the TAD,” he added .

The government’s action in this “sad episode”, as Franco describes it, is highly criticized by the entities that have denounced Rubiales and the Federation after revealing ‘El Confidencial’ this scandal in mid-April. Especially since, as ABC detailed, Franco has refused to take him to the TAD. A decision that paralyzes the possibility of starting a sanctioning file against Rubiales, which could even end in his suspension at the head of the Federation, in parallel to the legal case that is already being investigated in a court in Majadahonda (Madrid).

The president of the CSD has clung to that judicial investigation again this Tuesday to justify that, since there is an open criminal case, he is obliged to paralyze the administrative one: “It is a rule of necessary application,” he says.

What he has not clarified, to questions from PP and Vox, is why, even taking that version for granted, he did not take the administrative complaints against Rubiales to the TAD before criminal proceedings are opened and why it does not transfer to this body alleged irregularities that are not in the ordinary courts as they are administrative and not criminal in nature.

The two main opposition parties agree that this is a “serious” issue for the Popular Party and a “absolute scandal” for vox. “Why does this government favor the president of the RFEF, whose friend is he?” Ask those of Santiago Abascal.