The great stimulus of facing the champions 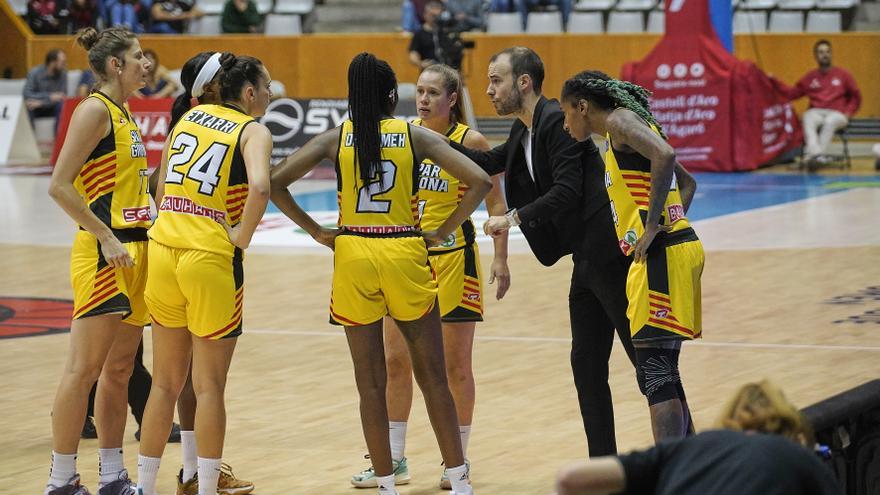 After beating with suffering on the Gran Canaria track (71-75) in the domestic competition, a result that allows thespar girona remain at the top of the standings with the same wins but one game less than Avenida and Saragossa, those of Bernard Canute they had to change the chip quickly because tomorrow awaits them a gigantic challenge but at the same time stimulating. The reigning European champions, the Hungarian Sopron, visit Fontajau tomorrow evening (9:00 p.m.) with the double threat of being the current champions and having completed, in addition, a great start to the competition. The team from Eastern Europe has successfully won the first three games, one of which was against Kangoeroes Mechelen, who last week defeated Girona (77-67).

The magnitude of the challenge can be an incentive for the Uni to recover the best of their faces, after some recent looser commitments. In addition, in a group that is so balanced it is essential to secure as many wins as possible at home. In this sense, Sopron’s would be another triumph at the classification level, but it would give a great moral boost.

Girona must hold on to the great game displayed in the weeks before this small defeat of the last week and to the precedents of the last courses against the Hungarians. The most recent are those of last season, which ended with two away victories. The women from Girona fell by five points in the game in Fontajau (63-68), but at home they completed an almost perfect match and prevailed by 53 to 68.

If we go further back, in the 2019-20 season, the balance was also a triumph for each team, but in this case as locals. At home, Girona won by 64 to 58 and in Hungarian soil Sopron won by 10 points (66-56). The most hopeful thing for Uni is that they have competed in all the games and that they were able to defeat the team that would end up being crowned champions by a wide enough margin on their court.

On the other hand, against another winner of the competition such as Yekaterinburg, Uni had more difficulty competing the following year. In the duels of the 2019-20 season, the Russians mercilessly subdued the team then coached by Alfred Julbe in Fontajau (67-94) and repeated the victory in the match on their court (90-83).

Bernat Canut: “We must be alive for the 40 minutes”

The minutes in the legs weigh, but Spar Girona has no time to stop. After three consecutive trips, Bernat Canut’s team has a tall challenge today against Sopron and according to the coach “we have to dance with the calendar”. “There are a lot of games, trips and little time to train and rest, playing in two of the strongest leagues in the world. It demands of us and the challenge is complicated, but we have the ambition to play a good game”, he said. The loss of Drammeh is “important”, but Canut sees the team capable of standing up to Sopron. “It is the current European champion and it will be complicated, but it is another team. We must try to be alive for 40 minutes”, he commented.