the fight for “1”, what he thinks of retirement and how fatherhood changed him 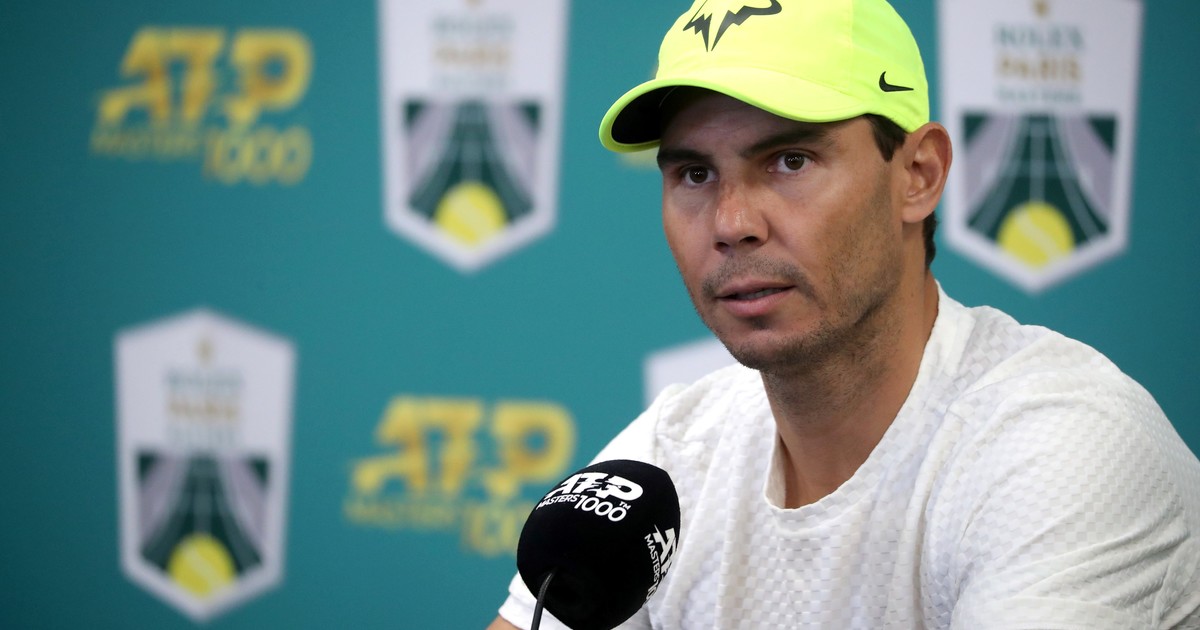 He is the most earthly Rafael Nadal of all. For years, the tennis world positioned him on a planet where he lived with Roger Federer, Novak Djokovic y Andy Murray. “The fifth of the ranking is the first of the humans”, it was said. But today, when the 36-year-old Spaniard and the greatest Grand Slam winner in history (22) sits in front of the computer, he breaks the barrier of the 11,000-kilometre Buenos Aires-Paris distance to share an exclusive talk with Clarion and to count with his usual integrity how he goes through these mobilizing weeks, from the arrival of Rafael, his first son.

It’s just that, like any new parent, nothing you imagined during 37 weeks of gestation should have compared to the moment when your partner Mery Perelló (34) gave birth to the little one Rafawhom he named in that way in honor of his father. Rest changes, priorities are altered and day to day is a constant seesaw of emotions and discoveries as a family.

“Being a father is different from everything. It was always difficult for me to leave my house, but it is incredible that, just three weeks after his birth, when you can’t see your son, you miss him terribly. It is a new experience. A major change in my life. But currently we are lucky with the technology to be able to make video calls. Even if I miss the little one and being with him, seeing him as many times as I want, even if it’s through a screen, helps, “he is honest.

It also changes the tone of voice with which he shares these new sensations, with which he describes those episodes that he begins to keep in his memory and in his heart. Surely nothing of all that Nadal has achieved at a sporting level can be compared with the arrival of little Rafael.

“It is evident that change, changes. All changes take time to adapt without any doubt and the fact that you go into the hospital one day and you are two and you come back three, makes life take a big turn and you know that there is a new person, that you love very much, that depends a lot on you. That makes that the highest priority and that is a radical change“, he adds.

And everything will be enhanced in a couple of weeks. Because today he is in Paris where he debuts this Wednesday against Tommy Paul at the Masters 1000, which can return him to number 1 in the world ranking -this point will be discussed later in the talk-, but he will soon begin a tour of Latin America -organized by Fénix Entertainment– which will bring him to Argentina after six years. Buenos Aireson November 23, will be the first stop on a road that will also include Bogotá, Quito, Belo Horizonte and Mexico City.

How do you face the landing in the Argentine capital? “I’m looking forward to it because I haven’t been there for years, in 2016 it was the last time I lost (NdeR: in the semi-finals against Dominic Thiem), it’s been six years and it was time to come back. Looking forward to seeing my teammates, to be able to enjoy the Argentine public that is always very impressive with me“.

“The first time was in 2005, when I lost to Gastón Gaudio in the ATP quarterfinals, that was the first time in my life that I was in Argentina and that I experienced the warmth of the people. It might be different now, I am 36 and a half years old, I don’t know if I will have the option to continue playing as a professional active tennis player many more times in the country“, recognized the Spaniard, who always had a very close relationship with the tennis players of the Argentine Legion.

The final of the last Roland Garros, which meant Rafa’s 14th title on clay, will be reissued on November 23 when he faces the exhibition of the Rock Park Sand to norwegian Casper Ruud. From yapa, there will be a mixed doubles where the Spanish will combine with the eternal Gabriela Sabatini and the Norwegian next to Gisela Dulkoformer number 1 in the ranking of that specialty.

“I am going to try to give my best, enjoy every moment to the fullest and hopefully the public that comes like this will also enjoy them. I always felt very close to the Latin American public and Argentina is a place with a very strong tennis tradition, which is why playing there is unique.“, highlighted Nadal, who has won 92 titles in his entire career, second only to Jimmy Connors (109), Roger Federer (103) and Ivan Lendl (94).

Four of them were in this 2022 season, including the Australian Open and the aforementioned Roland Garros, but he also had very difficult moments, such as the withdrawal at Wimbledon and the string of injuries that forced him to put a stop to his tour of the circuit. ATP.

-You haven’t competed in a tournament for two months -you only did it in the Laver Cup-, how are you with the aches and pains that affected you lately?

-It has been a good year of results, but also difficult on a personal and physical level. Everything was going very well until Indian Wells, but from then on the truth is that the physical problems never stopped, there have been many months of difficulty but somehow I feel more or less well, with the illusion of ending the year in the best way way possible, unless it’s on a tennis court.

-Could you describe to the fans what happens to you with the inconvenience?

-The public has seen me suffer on the court many times in my life, they know that I have withdrawn from Wimbledon, that I could not be in the clay court season… In the end, what I have is not continuous pain, but it is evident that the body is sending signalsI have had two abdominal ruptures, a stress fracture in the rib, chronic pain in the foot that at one point was very complicated… but they have been advancing and solving things to feel more or less good now And I hope that from here until the end it will be that way.

This passage through the Masters 1000 in Paris, a place where he has not been able to consecrate himself throughout his career, also represents a mathematical possibility of fighting to return to the ranking number 1that place that has occupied during 209 weeks (56 consecutive) and that today has his compatriot Carlos Alcaraz, whom many see similarities with Rafa. But Nadal admits to being far from that sporting goal at this point in his life.

“I haven’t fought for number 1 in yearsI am seeing other goals in my sports career. If later the results say that he reached that position, well, welcome. But the reality is that this year I competed in ten tournaments, of which in Wimbledon I did not score points and in Indian Wells I ended up with broken ribs, and in several of them I could not compete in optimal conditions, that’s why being number 2 is currently a more than privileged positionbut we’ll see what happens from here to the end if I stay or raise or get overtaken. It’s not going to be a big change in my season or in my career.“, he explained.

All this combo of answers that he gave during the talk with Clarion it also leads to a moment that his fans don’t want to come, but will inevitably come. His emotion and his tears, so spontaneous, when the Swiss Roger Federer decided to put the racket in the bag for the last time in a professional way, it could have unlocked a locker that, until now, had not appeared.

But Nadal is very clear, as in every point he defends and counterattacks inside the court, that his checkered flag is still far from his sight, he does not even want to have thoughts about it, because that would indicate that the moment is approaching.

“When you start thinking about that moment, it’s because you’re already in that phase and I’m not there.I don’t have those thoughts inside, I’m far from having them, when it comes, it will come and there is no perfect farewell for anyone. For Roger it was very exciting and, within his context, he would have liked it to be playing and competing, but his knee has not allowed it. Things come as they come and you have to live with them. Roger’s farewell was exciting, he was one of the greatest athletes in history, a very good partner and it was a sad moment, “he closed.

With pre-sales sold out and very few places available, the company in charge of the organization announced in the last few hours the exclusive packages for those who want to experience Rafael Nadal’s visit in a unique way: Meet and Greet, Luxury Dinner and more.

The first experience is called VIP FULL, the most complete of all. Includes covered in the Gala dinner, which will be held the night before the exhibition in the Ocre Room of La Rural with a Faena Catering menu and will be attended by Nadal, Ruud, Sabatini and Dulko, among other special guests. Each table will have their photo with Rafa and Casper, and each person will receive gift merchandising, access to the hospitality tent on the day of the match, and will have a preferential spot in the audience to watch the match from a privileged position. Parking is included for dinner and the game. The total price is 360,000 pesos per person.

For those who only want to go to dinner and not to the game, the Ticket Gala, which consists of being able to participate in that exclusive night with the tennis players and enjoy all the components, including the photo with Nadal and Ruud. The price of this package is 200,000 pesos + service charge per person.

Third, created the Ticket Meet and Greet, the perfect option for people who want to meet their idols on match day, guaranteeing an individual photo with Nadal and Ruud, as well as a high audience to enjoy the day. The prices of these tickets are also 200.000 pesos + service charge.

Finally there is the Ticket VIP, which has an intermediate stall to watch the game and access to the hospitality tent at the Parque Roca Arena along with parking included. This last pack is priced at 190.000 pesos + service charge.

Tickets to see the exhibition are on sale through a unique address generated for the event: www.nadalenargentina.com.

There they will be able to see a map of the stadium and the available seats along with their prices. A ticket for the high stalls sector, in elbows, costs 30,000 pesos, as the most accessible. The most expensive ones, the low stalls next to the field, are priced at 80,000. 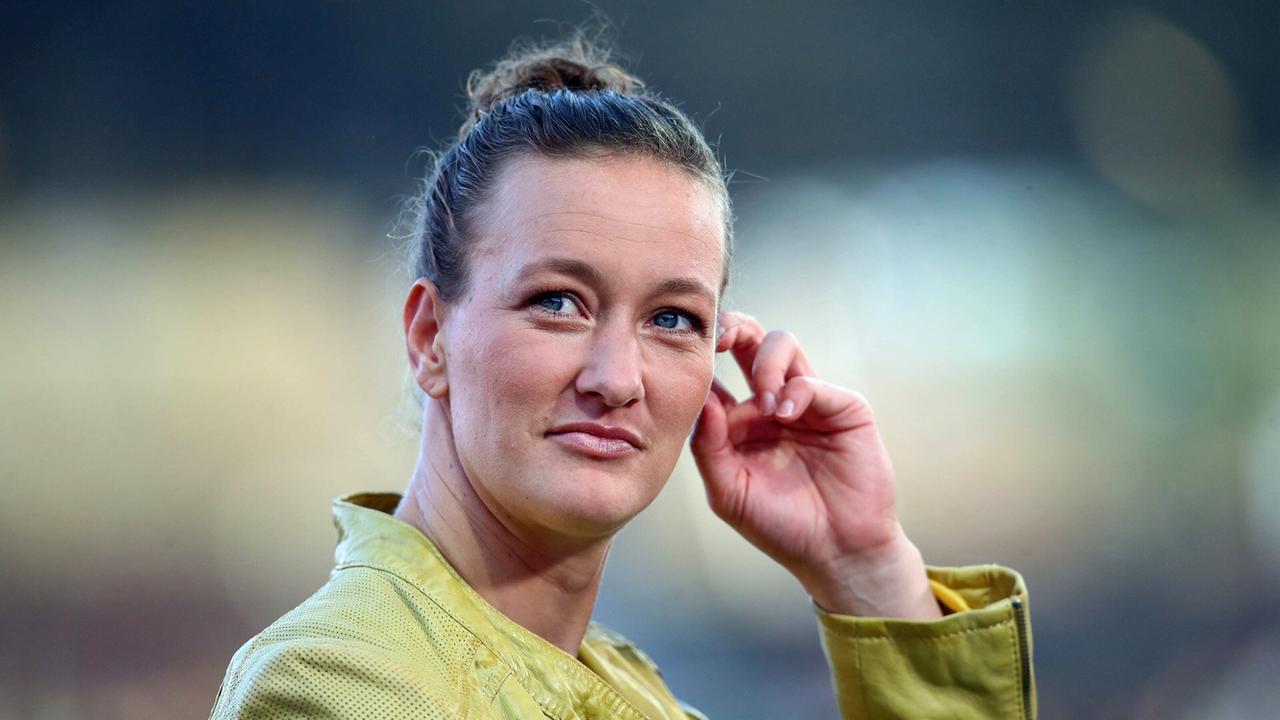