Soccer World Cup: With tears, the Iranians keep their chance 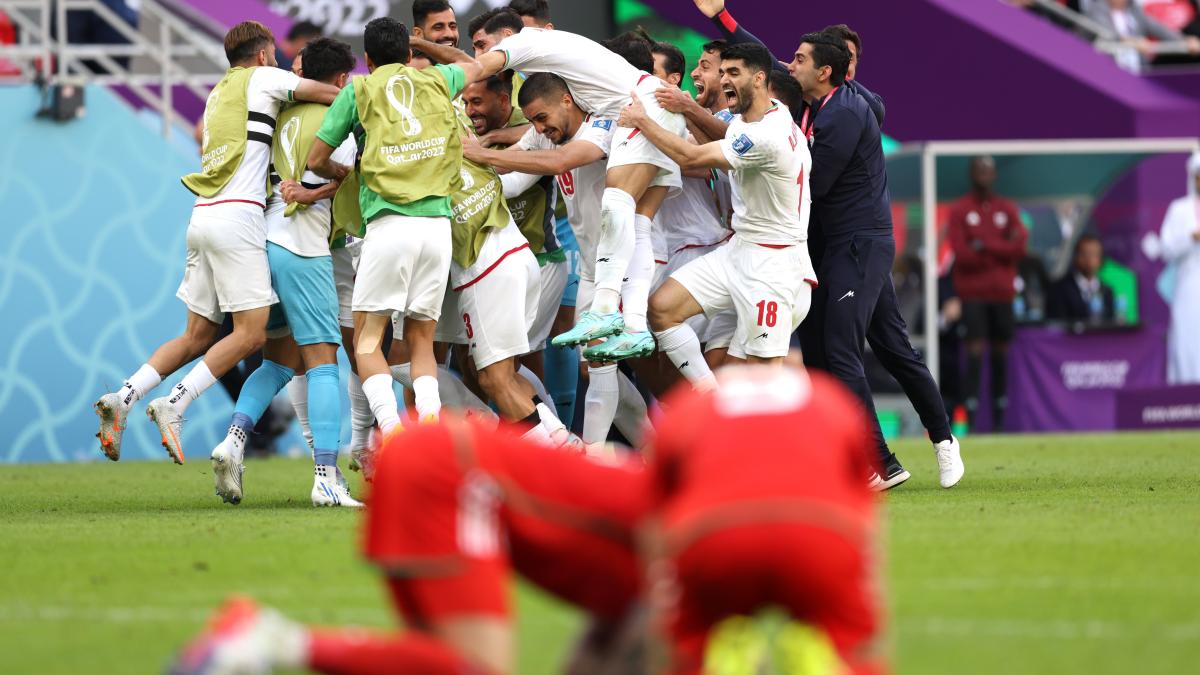 With tears, the Iranians save their chance

The second appearance of the Iranians again caused a lot of emotions – this time, however, the team also played great football. With the well-deserved 2-0 (2-0) win over Wales, the players kept their chance of reaching the round of 16.

Es were moving pictures again. The Iranian national team was ready, the anthem was played. The question posed by the many Iranian fans at Ahmed bin Ali Stadium was again: will they sing or will they remain silent again? The answer to this showed the whole inner conflict of many Iranian people – between the search for forms of protest and the fear of reprisals by the regime. Part of the team around captain Ehsan Hajsafi sang along, three players didn’t. Some moved their lips so tentatively that hardly a sound could come out.

Several supporters cried again in the stands – just like before the World Cup opener in the 2: 6 against England, when the players had made a strong and above all courageous sign and – all – at the anthem (“stay constant – Islamic Republic” ) had been silent. The unrest in Iran and the bloody reaction of the mullahs’ regime – they were also omnipresent on Wednesday, in the second World Cup game against Wales.

It got even more emotional in the 98th minute when the Iranian players cheered like unleashed and the fans euphorically celebrated: Rouzbeh Cheshmi, of all people, the defensive specialist, had given Iran the lead with a long-range shot. It got even louder two minutes later when Ramin Rezaeian scored to make it 2-0 (0-0). The goal scorer had tears in his eyes with joy. With the well-deserved victory, the Iranians keep their chances to reach the round of 16.

This time the “Team Melli”, as the team is called, played much better and, above all, more determined. Queiroz had switched. He broke up the chain of five, set up more offensively and one. This is how many ball conquests succeed. The Welsh could be countered several times. After a quick one-two between Ali Gholizadeh and Leverkusen’s Sardar Azmoun, who had just joined the team, an early goal was scored (16th minute) – but Gholizadeh was ruled offside.

After the change, Iran then put up a big, passionate fight. In the 52nd it became clear with how much will the team fought against the impending World Cup. One after the other, Azmoun and Golizadeh hit both posts. This inspired. In the minutes that followed, Wales were pushed deep into their own half – and Azmoun remained conspicuous. The striker, who cheered when he was named before kick-off because the 27-year-old had clearly criticized the regime (“Shame on you all. Long live the Iranian women!”), did not shy away from a duel until he injured in the 68th minute was substituted.

Things got dramatic in the 84th minute when Mehdi Taremi ran into the leg of Wayne Hennessey, who had rushed out of his goal. Referee Mario Escobar initially gave the Welsh keeper a yellow card – corrected himself to red after going to the review area. Then came the emotional final phase – with a hard-fought happy ending for the Iranians.

So the hopes of prevailing at the World Cup live on – but the distressing news from home will continue to accompany the Iranian players in the coming days.

On the day of the match it became known that the former national player Voria Hafouri had been arrested the day before. According to the pro-government news agency Tasnim, the 35-year-old is accused of propaganda against the government and insulting the national team. Ghafouri has been a critic of the regime for years. He had clearly campaigned against discrimination against women, which is why he was fired from his club Esteghlal Tehran last year. Most recently, he had also condemned the brutal police operations.

The Iranians now meet the USA on Tuesday. Wales must face England.