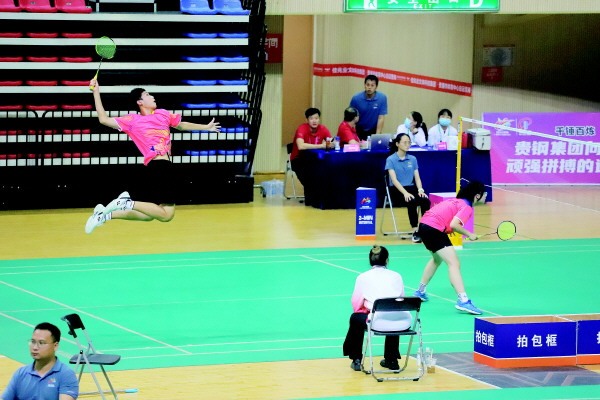 Deng Yongchao is in the game.

Deng Yongchao in the mixed doubles match. (The pictures in this edition are all provided by the school)

When the good news came, it immediately set off an upsurge in the Hengtang Campus of the Junior High School of Guilin No. 18 Middle School. Deng Yongchao learned to be independent and strong after encountering family accidents. He not only stood out in sports competitions, but also ranked among the best in academic performance. What’s more valuable is that he infects everyone around him with his independence, hard work, self-confidence and optimism. He is a good helper for teachers, a good example and good partner for classmates.

Family encounters misfortune and learns to be independent and strong

Recently, a reporter came to the Hengtang Campus of Guilin No. 18 Middle School to interview Deng Yongchao, just as their get out of class was over. Deng Yongchao is tall, with fair skin, shy and sunny. After communicating with Deng Yongchao, I learned that he has a different growth experience from his peers.

Deng Yongchao lives in Diecai District. When he was just one year old, his father suffered from uremia and had to undergo dialysis twice a week. The cost was undoubtedly aggravating for this poor family. Later, my father underwent a kidney transplant operation, which was completed with the assistance of relatives and friends. The operation was successful, but it cost nearly 2,000 yuan a month for anti-rejection drugs. Because of taking a lot of anti-rejection drugs, my father’s femoral head necrosis made it difficult for him to walk. The only solution was another operation, which cost him another 50,000 yuan.

Although the family is difficult, parents are unambiguous in educating their children. From the age of 6, Deng Yongchao began to learn to play badminton, insisting on badminton training every day, rain or shine, and his skills improved rapidly. Deng Yongchao’s elementary school is in Gongji Primary School, he goes to school during the day, and rushes to the sports school for technical training after school. In order to catch up with the same group of students, he worked hard secretly and became the last one among the students who insisted on training every day. Every morning, he also runs and exercises with his mother.

When his father goes to the hospital on weekends, he will accompany him. When he was at home, he helped his father serve water, feed medicine, massage, and wash his feet… Even so, he still studied hard, insisted on badminton training, and never let his parents worry about various things.

“Although my father is sick, he still works hard. I can’t let him down, and I will do my best to do what I believe in.” Deng Yongchao said, the most he said to his father was: “Dad, you Don’t worry about recuperating, your son will definitely have a bright future!”

Learning and exercising without mistakes, being an optimistic and good boy

Under the careful training of teachers, Deng Yongchao not only has excellent academic performance, but also has a wide range of hobbies and comprehensive development. He has participated in various competitions organized by Diecai District and Guilin City and has achieved good rankings. He participated in the Guilin City Badminton Competition and won the men’s singles championship in the lower grade group.

In 2020, Deng Yongchao will be admitted to the Hengtang Campus of the Junior High School of the Eighteenth Middle School. After entering junior high school, he has been breaking through himself and advancing step by step towards his dream. During the residence period, he insisted on training every afternoon, and went to the gymnasium to train on weekends. In the training hall, rackets, high balls, smashes, meter steps, and net releases… each movement was practiced repeatedly, and beads of sweat flowed down his face, witnessing his hard work and dedication. “Badminton can exercise a person’s coordination and focus.” Deng Yongchao said that badminton is a great exercise for people’s physical and psychological qualities, and it is also very helpful for learning.

“As the sports committee member of the class, Deng Yongchao has the courage to take responsibility, actively contributes, earnestly leads everyone to prepare for the physical education entrance examination, and provides suggestions for the construction of the class’s learning culture.” Lin Haifeng, the class teacher, said. Deng Yongchao, who is the sports committee member of the class, led the students to actively participate in various sports activities organized by the school, and won the first place in the football match and the third place in the basketball match. He can be seen actively in various activities in the school, and all the teachers who know him give him a thumbs up and praise him, saying that he is the teacher’s right-hand man.

“Deng Yongchao is very caring, because the classroom is on a relatively high floor, he often helps me fetch water. He will also move the students’ homework from the office to another classroom on the fourth floor. He is very enthusiastic and eager to learn.” Interview At that time, Chinese teacher Liu Wenqian said that Deng Yongchao was positive and optimistic, always wearing a confident smile on his face.

“Deng Yongchao often helps students with learning difficulties. Under his influence, some students’ academic performance has been significantly improved, and the students all like him very much.” Zhou Shujing, a classmate, said that Deng Yongchao is an optimistic teenager. A good example for students to learn from.

In June this year, Deng Yongchao’s father passed away. Deng Yongchao silently endured the pain of leaving his loved ones, and hid his love for his father in his heart, turning it into the motivation for his struggle and progress. Encouraged by the school leaders and teachers, he cheered up, turned his sadness into motivation, and won the A grade in the 2022 Guilin City High School Examination.

In November 2022, on the eve of participating in the badminton competition of the 15th Guangxi Zhuang Autonomous Region Games, Deng Yongchao used his spare time to actively train while working hard to learn cultural knowledge. During the competition, he adjusted his mentality and went all out without arrogance or impetuosity. He cooperated tacitly with his teammates and won the team gold medal in Group B, the runner-up in men’s doubles and the runner-up in mixed doubles.

“Although we lost to the Nanning team 1:2, I am very happy that I have such a daring partner!” Zhou Keyu is Deng Yongchao’s mixed doubles partner in this competition, and she looks forward to cooperation in the future Opportunities to strive for greater gains.

“My idol is Lin Dan. His spirit of daring to fight has always inspired me to move forward.” Deng Yongchao said that the current study is the main task, and badminton will continue to play. As long as we don’t give up the pursuit, we will be able to win more “champions” Dream”. 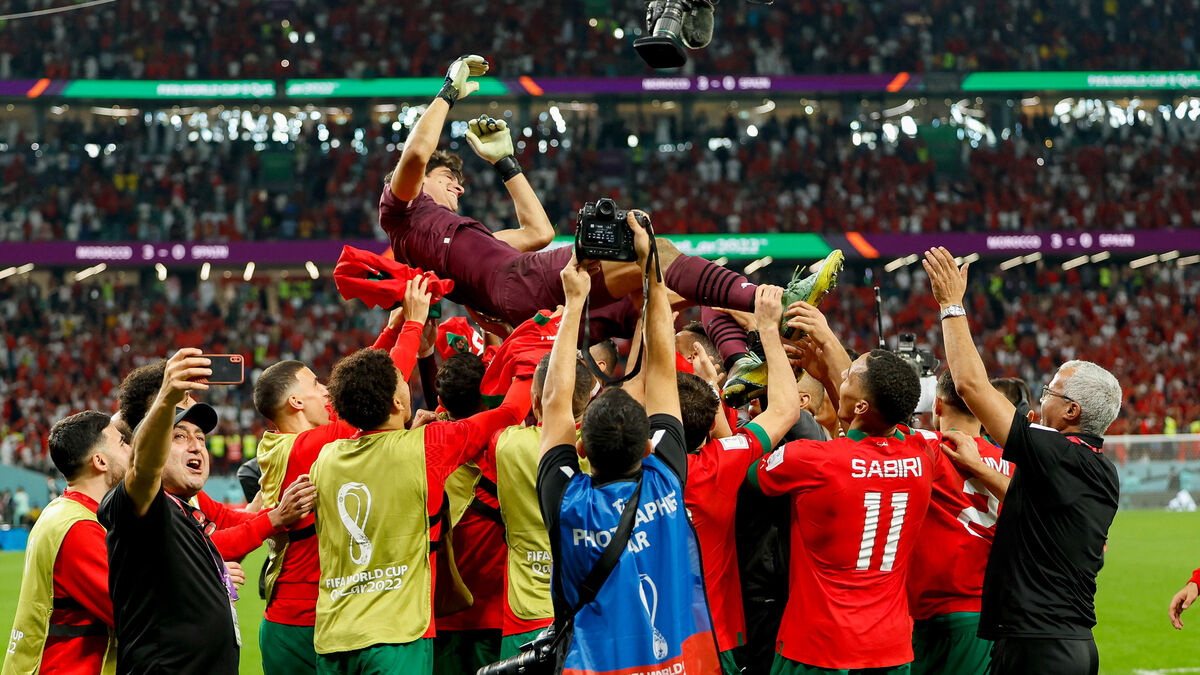