Qatar 2022 on DIRECTV GO: we installed the APP to watch the World Cup in streaming and that’s how it went | REVIEW | Live Matches | SKIP-INTRO 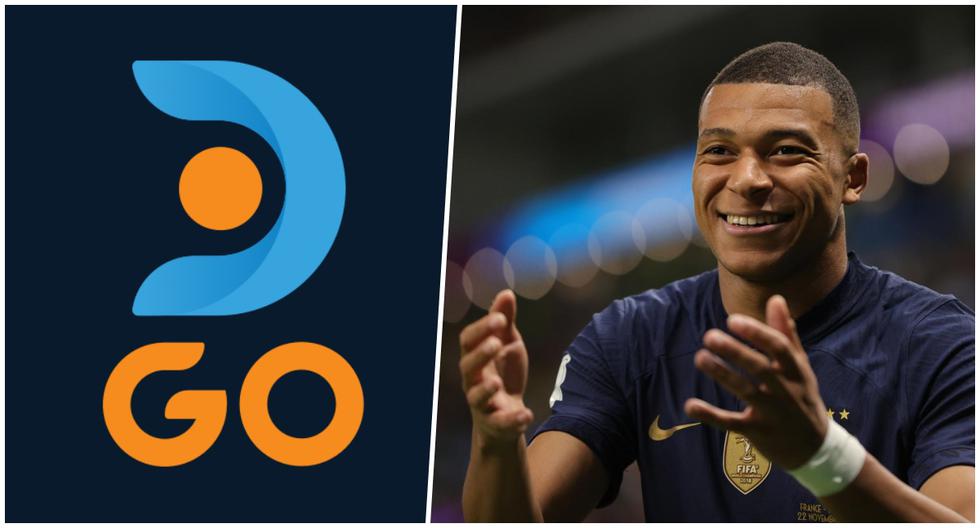 Although the proliferation of chains specializing in the transmission of sporting events is evident, today there are few that share the exclusivity of the major tournaments in the different disciplines. Some, like PSN (Panamerican Sports Networks or Pasión por el Deporte), are no longer there, others lost a lot of power due to millionaire transactions behind them (Fox Sports case after the purchase made by Disney and the greater weight that ESPN now has) and, finally , others share the preference of a more specific audience, such as DAZN in the United States and a select group of countries around the world, GOL TV (a chain with Uruguayan roots that once broadcast what is now called Liga 1 in Peru), TUDN or BeIn Sports (the latter specializing in the US and Mexican markets).

MIRA: Argentina in Qatar 2022: 5 series that every fan of the national team must watch on Netflix

But there is a chain that every four years, always on the verge of a new Soccer World Cup, jumps to the fore by offering the live transmission of all the matches of the World Cup. We are talking about DIRECTV, which is spread throughout the region and has been presenting on its screen, for several years, male and female faces closely linked to the so-called ‘king sport’. This, of course, is exploited as the famous ‘Opening Game’ approaches. And Qatar 2022 was no exception. In this line, this year the brand launched a special offer for the Peruvian market of “45 soles for a month” of its service DIRECTV GO (which is now trying to be positioned as DGO). This modality does not require cables or the old ‘antenna’ that many have hanging outside their home.

To discuss here the pros and cons of this proposal, we decided to create an account as a test. The idea was to see what the subscription process was like and, fundamentally, what the experience of the application and the service itself is like.

Though DIRECTV GO is not new to sports (it has been broadcasting, for example, LaLiga in Spain for years, and sometimes it ‘wins’ the superclassics on ESPN), a World Cup will always be a different experience. Although, of course, this time the drink is somewhat more bitter if we do not see our team in the group stage.

THE STEP BY STEP OF THE SUBSCRIPTION

Although the plus of broadcasting all the World Cup matches live (something that the Latina channel does not do on local TV) is important for soccer fans, the price of the campaign is a detail to take into account: S/ Four. Five. Although DIRECTV GO offers a range of channels and also access to Universal Plus, the aforementioned cost is higher than what any user of platforms such as Netflix (S/24.90), HBO Max (S/29.90), Disney Plus (S/29.90) pays monthly. /25.90) ​​or Prime Video (S/19.99). These figures correspond to the standard or basic packages.

Once the price to be paid is accepted, it is time to start the procedure of creating an account to consider yourself subscribed. Here the requirements are typical for services of this type: names, surnames, address, postal code, credit card number (with expiration date, security code and name of the holder, respectively).

So far the procedure is simple. Even when they show you that you will receive Universal Plus free for a period of three months and, in turn, offer to subscribe to Disney Plus or HBO Max, Lionsgate +, Paramount + or others, you can easily accept (and add an extra payment) or deny you.

After placing the data and clicking “Confirm” a slow load does occur at the time the process ends. Although it took time, however, the process did not fall. This first incident could have been the cause of part of the inconvenience reported via social networks on the opening day of the Qatar 2022 World Cup (and the subsequent one), before the –we assume–flood of new subscribers.

After completing the process, the page of DIRECTV GO clarifies that the charge will begin after the end of the free trial days. That is to say, if one registers on the 22nd, only on November 25 does the charge begin to run. If you choose to cancel early, your credit or debit card on file will not be charged. This was the procedure we followed for the purposes of this note. Create an account and cancel it.

A particularity that streaming services have worldwide is that, since they do not require cables or antennas, it is enough to have Internet access and a device with certain requirements to be able to watch movies, series or programs of all kinds. The same thing happens with DIRECTV GO. For this we tried to ‘log in’ with our free trial account to four devices: Two Samsung Smart TVs of different manufacturing years, a Galaxy Tab A7 Lite and a Samsung Galaxy A32 Smartphone (Android operating system).

On the Samsung Smart TV code UN50KU6000DK04 we could not connect. Although there are applications such as Prime Video, HBO, Netflix, Disney + and Star +, in addition to Movistar Play and others, it was not possible to do the same with DIRECTV GO. It was not in the default applications nor could it be downloaded from the Smart Hub. And although they told us that we could adapt an extra device to the TV, buying it would have come from the idea of ​​this note: spend an amount of S/45 to watch the World Cup.

Said problem did not occur on the other three devices. Installing the app was quick on both the Samsung QN50Q60AAG Smart TV and the aforementioned Tablet and Smartphone. In all of them we will take as a reference a download speed of 36.31 Mbps according to Speedtest.

HOW DIRECTV GO LOOKS ON EACH DEVICE

Without having anything spectacular, the application of DIRECTV GO it ran without major problems. When opened in the three aforementioned devices, the (obvious) eagerness of the brand to promote the cup event stands out. Immediately the first thing we see will be the matches either live or deferred (that is, the replays). Below this are more options linked to the tournament, from special programs, such as the Total World Cup, to newscasts. Much further down there is a kind of lower bar that shows five options: Home, Live, Catalog, Sports and Children.

When accessing live, like when we saw France vs. for this note. Australia (and on a second occasion Germany vs. Japan), beyond feeling a bit sorry for not seeing the Peruvian team in that World Cup group, we noticed an icon called “” interactive player.

The interactive Player is a proposal that allows you to watch the game with a series of extra options. For example, if we get to France vs. Australia at 20 minutes, we can go back to zero minute and watch it from the start. This mechanism – which worked for us in the live version, but not always when later, at night, we wanted to see repetitions – is presented to us with two sections. The first, on the left, with live statistics, choosing different cameras (in the aforementioned duel the shot always followed Mbappé), better angles, and configuration of qualities, speed, and help. While the second, on the right, is visible as a kind of circumference, like a timeline.

Although this timeline has a quick explanation at the beginning, this seems insufficient to fully understand its operation. Inside the graphic are small images of loot, a soccer ball, etc. The objective here is to be able to go back specifically to important moments of the match, although when doing so, even more so if you do it live, obviously you miss the incidents of the game because the image of the court happens to be behind. However, in Francis v. There were no big surprises in Australia and the best man won.

Summarizing the latter, the “Interactive Player” only appears on Tablet and Smartphone but not on Smart TV. What there is in the three modalities are the classic options to choose language (English and up to two channels with narrators and commentators in Spanish) and subtitles (almost always deactivated for transmissions of this type).

A FINAL LOOK AT DIRECTV GO

It’s hard not to compare the application of DIRECTV GO with others on the market. Netflix, the one with the most users in Peru, renews its design from time to time, and although it sometimes seems complex to understand (even worse if we take into account its recommendations based on our viewing history), it becomes bearable and attractive. In HBO Max there are perhaps greater incidents with the issue of slow and clean viewing of its very varied television offer. Prime Video, for its part, with a much smaller market share along with Disney + or Star +, presents us as an addition -in full view- the name of the actor that appears on the screen and also who plays it. This detail, perhaps not transcendental for some, allows us to investigate a little more about artists that perhaps we did not know fully.

Another of the complaints that circulated on social networks in relation to DIRECTV GOespecially the first two days of the Qatar 2022 World Cup, has to do with the inability to cancel your subscription from the cell phone. In other words, and we verified this, to break the agreement you are obliged to look for a computer and follow instructions. And although you will continue to enjoy the free days that you have left (three and in some cases up to seven, according to what has transpired), you cannot help but think that this is something that the company must improve in the short term.

Beyond all this and the cons mentioned throughout this note, the application DIRECTV GO It fulfills its objective of issuing a good signal of the Qatar 2022 World Cup matches. Although in addition to this content there are many more channels on the grid, this note dealt with the subject of football. On the other hand, yes, we were presented with small “stoppages” in the transmission, but these recovered quickly even with a “low” Wi-Fi speed compared to other Movistar Internet offers, such as the one we use for the purposes of this note. 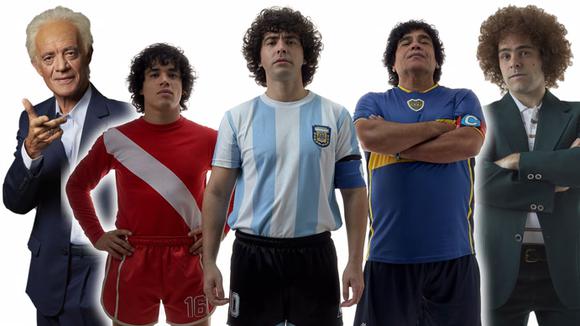