Program yourself with this Monday’s matches in Qatar, schedules and television 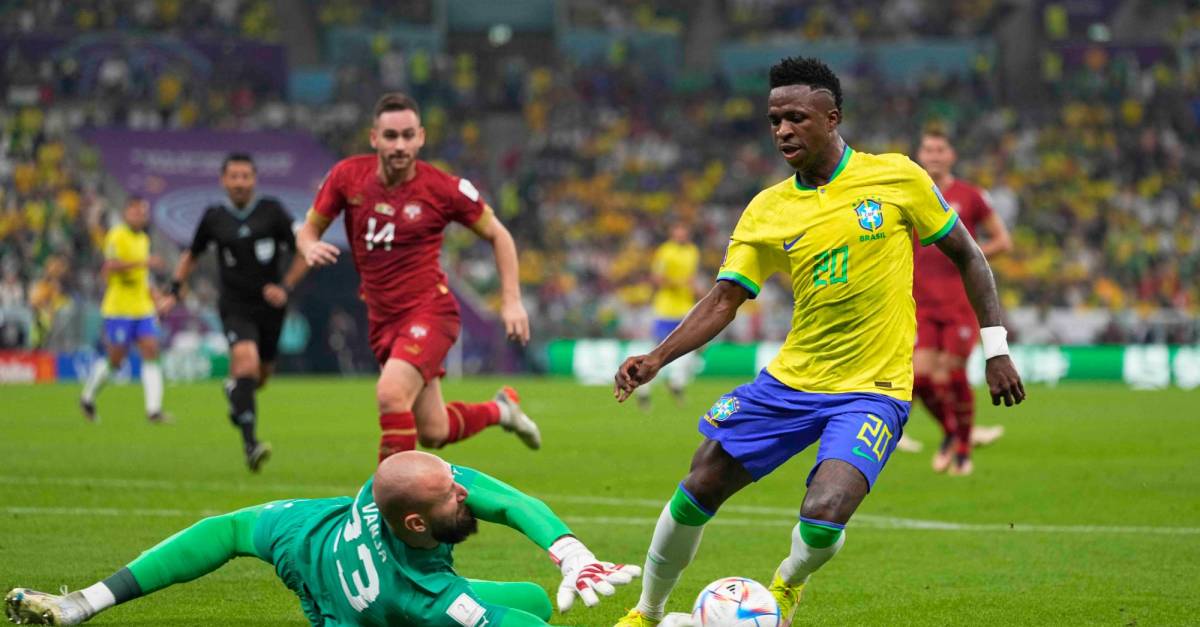 The Brazilian team begins a slope this Monday. Finish the group stage without Neymar and be able to wait for the recovery of the ’10’ calmly in the round of 16. With the win against Serbia, three points against Switzerland would guarantee qualification and maybe first place, but it remains to be seen how Tite’s team evolves without its star.

With his ankle still swollen, as Neymar published on his social networks, the Brazilian will have to watch his team’s second game in this World Cup from the stands and his position will fall on the decision made by Tite; a more offensive Brazil or a more defensive one. The attack proposal involves lowering Lucas Paquetá to the middle, to accompany Casemiro, and replace the ’10’ with Rodrygo, while the defensive option involves keeping Paquetá ahead and putting a double pivot with Fred, Bruno Guimaraes and Casemiro .

That is the only doubt for Tite, since the rest of the positions will remain intact compared to what was seen against Serbia, with the exception of the right side. Danilo is injured, also in the ankle, and Éder Militao will replace him.

Brazil’s victory will ensure their pass to the round of 16, the same case as Switzerland’s. The first place will depend on the result between Cameroon and Serbia (5:00 in the morning). If these two teams tie, the winner of Brazil-Switzerland will go first. A draw between the Swiss and the Brazilians will cause everything to be decided on the last day, with Brazil-Cameroon and Serbia-Switzerland.

This is how it has gone without Neymar

The absence of Neymar is a situation to which Brazil is already accustomed, since the ’10’ has lost, since the 2014 World Cup, 36 games with the Canarinha.

Despite the number of games the Brazilian has missed, he is the fourth player in Brazilian history with the most international appearances, 122. He only has Dani Alves (124), Roberto Carlos (125) and Cafú (142) ahead of him. , in addition to being two goals away from equaling Pelé (77) as the top scorer in the history of the Auriverde.

‘Ney’s nightmare with injuries goes back to 2014, at the World Cup in Brazil, when a tackle from Camilo Zúñiga damaged a vertebra and left him out of action in the quarterfinals. Neymar was neither in the semifinals (1-7) against Germany, nor against the Netherlands in the fight for third and fourth place (0-3).

After playing the next eight games with Brazil and winning them all, he was absent in a friendly against Mexico, but the Canarinha did not fail. He did it in the quarterfinals of the 2015 Copa América, against Paraguay. He could not be in that match due to suspension and his team lost on penalties.

From there, until the 2016 Olympic Games, Neymar missed another three games (one win, one draw and one loss), in addition to the entire Copa América Centenario (elimination in the group stage). The Brazilian missed the continental tournament to win gold with Brazil at the Rio Olympics.

Until the World Cup in Russia, Neymar was absent from six more games, they lost five wins and one loss, in a friendly against Argentina.

After the bad taste of Russia, where Belgium stopped them in the quarterfinals, with Neymar starting in all the games, Brazil has only lost one game, of the 18 they have played without him to date, winning the America’s Cup 2019.

In total, since the injury with Zúñiga, Brazil has played 105 games, of which Neymar has missed 35. Of those 35 games, the Brazilian team has won 22, drawn seven and lost another seven.

The other strong dish

Cristiano Ronaldo, Joao Félix, Bernardo Silva, Bruno Fernandes, Portugal and a classification in suspense commit the Uruguayan team to the second day of the World Cup, this Monday against the litmus test in Qatar, from 2:00 pm, pending to recognize itself, express itself with more ambition and truly propose, with facts, to live up to expectations, on the edge that moves between the pass to the round of 16 or the fiasco.

There is no future for Uruguay in the World Cup if there is no present before. Diego Alonso, his coach, warned him on the eve of his debut. The target is set. It is the maximum. The path is not laid out. Not much less traveled. The sky-blue team can only allow themselves to look, today, at the most immediate, at their duel against Portugal, which has much less pressure, because they have earned the right to make mistakes by beating Ghana 3-2 in the opening game on Thursday .

The Uruguayan team did not do it, which sailed into nowhere for more than 70 minutes against South Korea (0-0), reduced to very little at the beginning of its adventure in the tournament, because the first half never deciphered how and where pressing, so essential for the team, with the consequence that it has in the current classification of its group, the H.

Shared second place with the Asian block, such a scenario requires a win this Monday essential to discuss the leadership of Cristiano Ronaldo and company, among the warning of the effect of defeat. He would not eliminate it now, but he would put it to the limit, to the point that even the equalizer would not be enough for him in the last meeting against Ghana. Opposite, the Portuguese team will mathematically advance to the round of 16 with a simple victory in Lusail.

This is how the date of this Monday will be disputed: