Nilofar Bayat: “Afghans are not even considered a second gender” 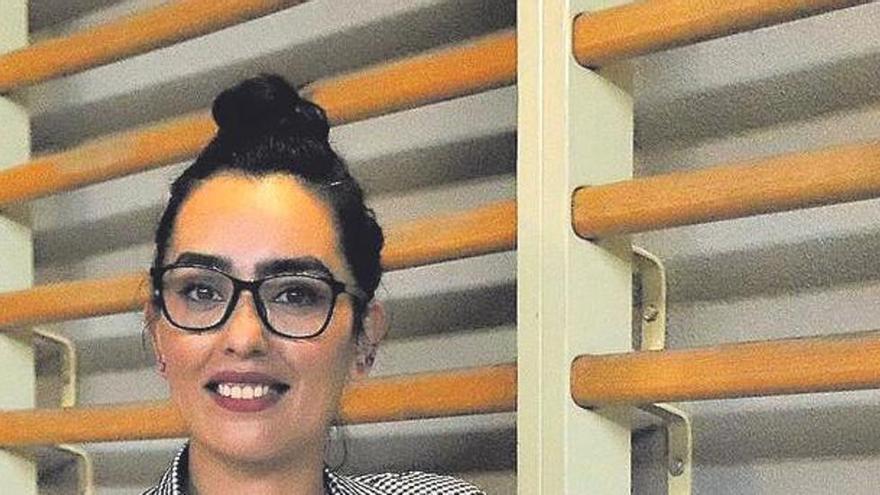 Nilofar Bayat he is 32 years old. When he was two, a rocket from the Taliban regime hit his home in Kabul, damaging his spinal cord, something that completely changed his life. He grew up in a non-traditional family which allowed him play basket and study a career in a country where women’s rights were taken away with the rise to power of fundamentalist groups. Two days after the Taliban entered Kabul in 2021, Bayat decided to get out of there to save her life. She currently lives in Bilbao where she plays in the Bibaideak paralympic club. Bayat communicates in English although little by little he is learning Spanish. This Wednesday he has visited the IES Medina Azahara in a meeting promoted by Amnesty International.

Not long ago Iranian climber Elnaz Rekabi was detained by the Iranian regime after competing without a headscarf in a championship of her discipline in South Korea. What is your opinion of this fact?

I really appreciate the movement that currently exists in Iran, what women are doing there, like what Elnaz did, is something that all women around the world support, of course, but I think that these types of actions are not they would bring about a big change for women in Afghanistan because they are different issues. In my country women fight for their lives, to get basic rights… while the Iranians go out to protest for their jobs or freedoms, because they have their lives and their basic rights but in Afghanistan women are suffering a war, abuses … but I really appreciate these women who defy their governments because they show how strong they are.

You have experienced firsthand what it is like to live under a fundamentalist regime like the Taliban, to survive it. How is that experience?

We all know well that the Taliban is a group of terrorists. They came to Afghanistan illegally and are therefore an outlaw government. They destroy everything, all the achievements that the Afghan people have been achieving. However, it affects the female population more because they are not even considered a second gender, Afghan women are outside of society, isolated. They do not have access to any type of rights: they cannot work, they cannot study at the university, they cannot travel alone, they cannot even walk alone on the street or even go buy what they need. Of course they cannot protest the Taliban presence because they would immediately be in danger. Today many women have been kidnapped by the Taliban without their families knowing where they are. They also encounter other problems such as not having men to work for their families, so poverty ends up killing them.

You were able to leave your country thanks to the help of a journalist friend of yours, but do you ever imagine what would have happened to you if you had stayed in Kabul?

Yes, it is very hard when I think about it because I have many friends there and they have lost everything. They don’t have a clear future. I think that if I were to continue there, I would be in poor condition, locked up at home with no activities or income, with many difficulties.

You are the first Afghan woman to play in a mixed basketball team, something unthinkable in your country. How does it feel?

Yes, when I arrived in Spain it just happened (laughs). It’s a men’s team and we’re just two girls. It was a new and wonderful experience that I had to get used to because here the ball is a different size and the players are much stronger.

What projects or challenges do you have in mind?

There are many but I feel it is my responsibility to give a voice to all those women who continue to be inside Afghanistan without their rights. I have to use this opportunity that I have to travel to work for them without forgetting this situation and get the world to support them.