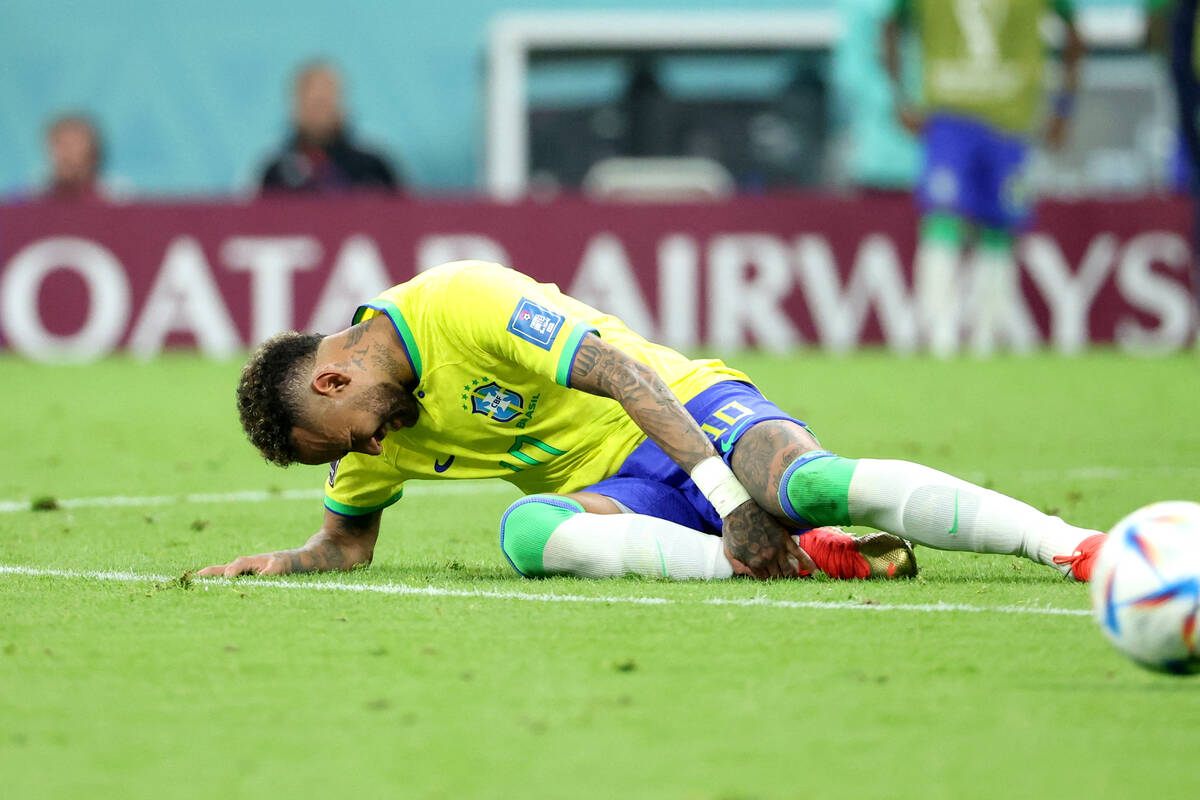 On the sixth day of the World Cup, the “One Love” armbands benefit from the involuntary publicity of their banishment by Fifa, Neymar’s ankle worries Brazil, the color blind regret not having been able to see Switzerland-Cameroon and the English are invited to no longer dress as Crusaders. On the football side, four matches are on the program.

If the image is not displayed correctly, please click this link

Switzerland 1-0 Cameroon. In the confrontation between the Swiss and Cameroonian selections, the only goal scored was by Breel Embolo, born in Cameroon, for the Swiss National Team. Author of a good first half, Cameroon then died out and could never come back to score. Without a miraculous save from Jean-Charles Casteletto, the match could have ended 2-0.

Uruguay 0-0 South Korea. The first games are not over yet as the group stage has already spawned four scoreless games. The latest is that between Uruguay and South Korea on Thursday afternoon. As often, Celeste was rough and dense in defense, but uninspired in front of goal. Not better for the Koreans, despite the tenure of Son Heung-Min, the long-uncertain Tottenham star. His protective mask, worn because of multiple facial fractures, did not make him the expected superhero.

Portugal 3-2 Ghana. Until game time, we were a little bored. Then everything went crazy between Portugal and Ghana. The two countries left with the score of 3 goals to 2, in a totally unbridled end to the match. The Black Stars will be able to feed some regrets because the draw seemed within reach. But in football, one goal is enough to make the difference. For example, the first in the game, scored a penalty by Cristiano Ronaldo, becoming the only player to have scored in five different World Cups (from 2006 to 2022). Baleze.

Brazil 2-0 Serbia. Arrived in Qatar with the status of favorite, the Seleçao confirmed the expectations: it assailed with its talent Serbia, however resistant for an hour, until carrying the thrust by Richarlison. The Brazilian center-forward first scored a fox goal then a memorable acrobatic control-scissors sequence, the best goal of the first week of competition. A shadow on the yellow and green board, however: Neymar came out injured and suffered from a sprain.

The evening could have been perfect for Brazil, author of an accomplished match against Serbia, but Neymar left the field injured, with a swollen right ankle. The first verdict is final: the star of Paris Saint-Germain is the victim of a sprain. “We have to wait between 24 and 48 hours to have another evaluation” of the seriousness of this injury, declared after the meeting Rodrigo Lasmar, doctor of the Brazilian selection. Shortly after, the player went into the mixed zone with a slight limp, without answering questions from journalists, and his daily development is likely to dominate the news of the selection in the coming days. “We are confident, Neymar will play again in this World Cup”, nevertheless launched the coach Tite, in a firm tone. Not sure: “Ney” had already been hit in the same ankle in 2019, forcing him to give up playing the Copa America.

Le brassard «One Love» sold out

Gag mimicked by German players, ministers wearing the “One Love” armband in the stands…: in the middle of the World Cup, Fifa faces the scattered revolt of a handful of European federations around the famous piece of fabric and what it represented. As an unintended consequence of the controversy, the maker of the armbands in question, based in Utrecht, the Netherlands, says it is out of stock after shipping 10,000, mostly in the past two weeks. “The big boom actually came with the World Cup and for sure from the FIFA statement” not to allow them for captains on the pitch, said Roland Heerkens, CEO of Badge Direct BV, quoted by Reuters. These armbands had been put on the market in 2020 during an inclusive campaign launched by the Dutch football federation (Royal Dutch Football Association, KNVB), without meeting at the time the echo that they have today. today. The demand comes from all over the world, “to the European Parliament, which has just ordered 500 units”a declaration Roland Heerkens.

English supporters invited not to show up as Crusaders

The Crusaders, you know… After the armbands, it was the turn of the outfits of certain English supporters to find themselves in the sights of the authorities. Videos circulating on the networks show several British fans turned away at the entrance to the England-Iran match by security officials. The fans in question wore chainmail outfits as well as the cross of Saint George, the emblem of England… but also a reference to the knights of the Crusades who took part in the expeditions of Christians from the West who came to the region under Muslim influence. to conquer Jerusalem. Not in the best taste in Qatar. A spokesperson for inclusive body Kick It Out has warned England fans against wearing the outfits which do not “may not be welcome in Qatar and other Islamic countries”. The association also encourages people to follow the “Foreign Office travel advice issued ahead of the tournament. Fans should familiarize themselves with local customs, and we encourage fans to take this approach.”. We’ll see what happens on Friday night when the Three Lions play against the United States.

In a resolution on the human rights situation in Qatar adopted on Thursday, the European Parliament calls “to FIFA to compensate all victims of the preparations for the World Cup”. In the press release published, MEPs “deplore the death of thousands of migrant workers, who helped the country prepare for the tournament, mainly in the construction sector, as well as many injuries.”. They also believe that the instance, where corruption would be “endemic, systemic and deeply rooted”, “has seriously damaged the image and integrity of world football” awarding the competition to Qatar.

picture of the day

Minimal celebration for Swiss striker Breel Embolo on Thursday, the only scorer for the Nati against Cameroon. Could it be otherwise for the native of Yaoundé, the capital of Cameroon, who keeps strong ties with his native land? Arrived in Basel at the age of 6, Embolo opted for the Swiss selection in 2015. We can imagine the contradictory feelings that may have crossed him when giving the advantage to his team. Hence this sober reaction.

For a number of spectators, Thursday’s game between Switzerland and Cameroon was very painful to follow. The level of play is not in question, rather the color of the jerseys. The two teams played in their main outfits, namely red jerseys and shorts for Switzerland, green for Cameroon. A contrast that did not allow people with color blindness to follow the meeting correctly. “We would like to know how the red/green color combination for the Switzerland vs Cameroon game was authorized and why a team did not change their kit at half time according to the regulations, s’insurge Kathryn Albany-Ward, la fondatrice de l’association Color Blind Awareness. You would think that even if Fifa does not enforce its own rules, national teams would, if only to ensure that their own players and teams are not disadvantaged. Because color blindness affects one in 12 men and one in 200 women worldwide. And according to research by Color Blind Awareness, 6% of elite male players are colorblind, meaning on average at least one player on the Swiss side and one Cameroonian side. Fifa’s kit regulations state that “the colors of the playing attire worn by the two teams taking part in a given match must present sufficient contrast to allow the referees, players […] and viewers (including, where possible, those with color vision impairment) to clearly distinguish […]both teams”.

sentence of the day

It was eagerly awaited since Saudi Arabia managed to turn the tide to create the feat against Argentina on Tuesday. The video of the half-time chat by the coach of the Faucons Verts, the Frenchman Hervé Renard, has finally been published. We can see the coach engage in a formidable harangue, in English with a touch of French accent. Speaking to one of his players whom he found too passive at the marking of Messi, Renard offers him, for example, to “take a phone and take a picture with him”. The rest is in keeping.

A long road skirting a huge building in the shape of a cruise ship around which workers are busy. In the distance, giant slides under construction surrounded by cranes. Then a hastily made car park, which still smells of fresh tar, access to which is guarded by four security officers under a blazing sun. It is in this strange setting, north of Doha and about ten kilometers from the nearest metro station, that Qatar has chosen to set up 1,800 tents in the run-up to the World Cup to accommodate fans from all over the world. Sold as luxury accommodation at 200 euros per night, the “fan village” is far from satisfying supporters, who prefer to shorten their stay. The report of our special correspondent.

The World Cup seen from Senegal

In Senegal, the soap opera around the injury of star Sadio Mané will have vampirized the debates as the kick-off of the World Cup approaches, eclipsing the subjects which inflame several European countries. While the country is playing its second match against Qatar this Friday, our correspondent in Dakar recounts this atmosphere which contrasts with the debates in Europe. Officially, no Senegalese national would have died on the Qatari construction sites. In the country, the working conditions of workers are also questionable, especially on the construction sites of the new town of Diamniadio, President Macky Sall’s flagship project to relieve congestion in Dakar. “We are very far from French issues”, summarizes Oumar Diallo, crossed in the Sicap-Baobab district, a jersey flocked with the name of captain Kalidou Koulibaly on the back. In the big places of Dakar, the debates turn rather on how to reorganize the team in the absence of Sadio Mané. 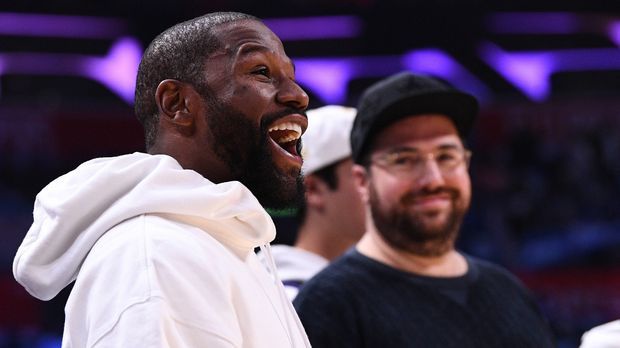