Neymar suffers from a sprain, Brazil holds its breath 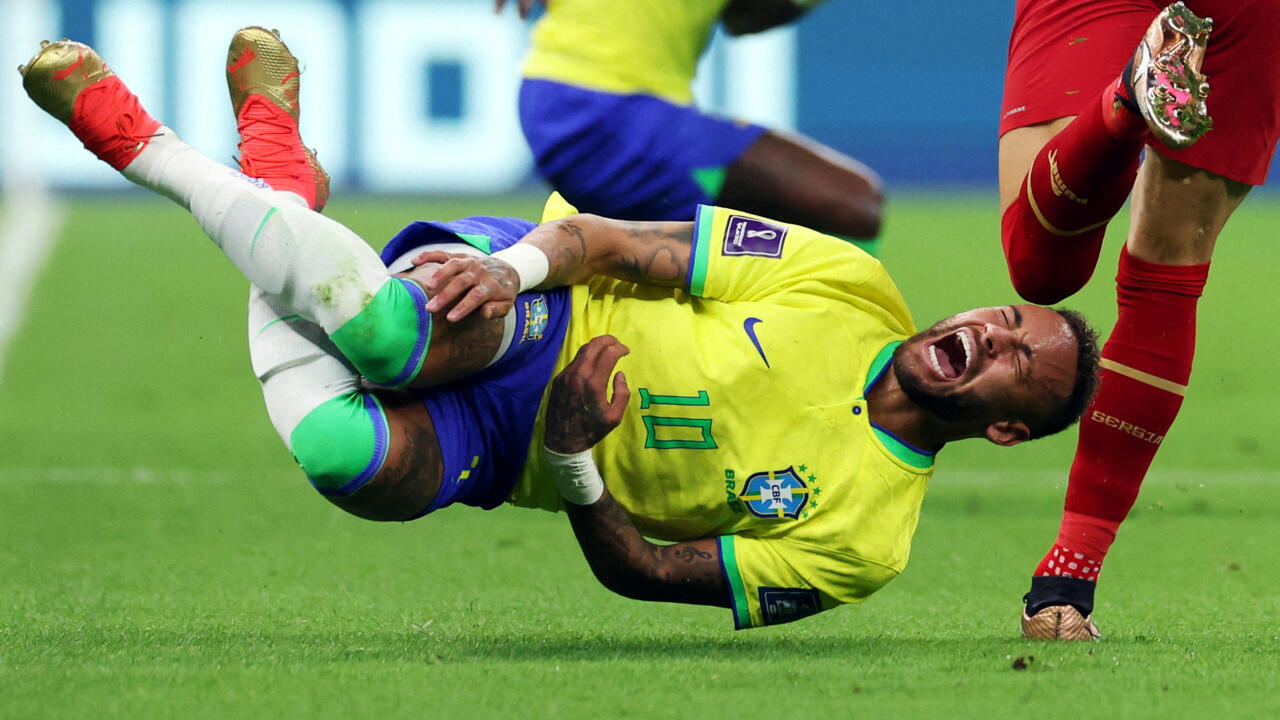 Neymar was injured in Brazil’s 2-0 win over Serbia on November 24 in Group G of the 2022 World Cup. The 30-year-old striker has sprained his ankle right. ” We have to wait between 24 and 48 hours for another evaluation “, warned the doctor of the Brazilian football federation.

Will we see Neymar again against Switzerland on November 28 or even during this World Cup 2022 of football ? The Brazilian superstar was indeed injured in the 80th minute of a match won 2-0 against Serbia on November 24 in Doha, apparently after a clash with Serbian player Nikola Milenkovic.

Rodrigo Lasmar, the doctor of the Brazilian football federation then came to announce to the media a first diagnosis: a sprain. ” We have to wait between 24 and 48 hours for another evaluation “, he however warned. The exact duration of Neymar’s unavailability therefore remains to be defined.

Impressive snaps of the Brazilian’s right ankle, however, show significant swelling. The Paris Saint-Germain (PSG) player also burst into tears on the sidelines at the end of the game. The coach of the Brazilian team, Tite, nevertheless said to himself ” confident that Neymar will continue to play in the World Cup ».