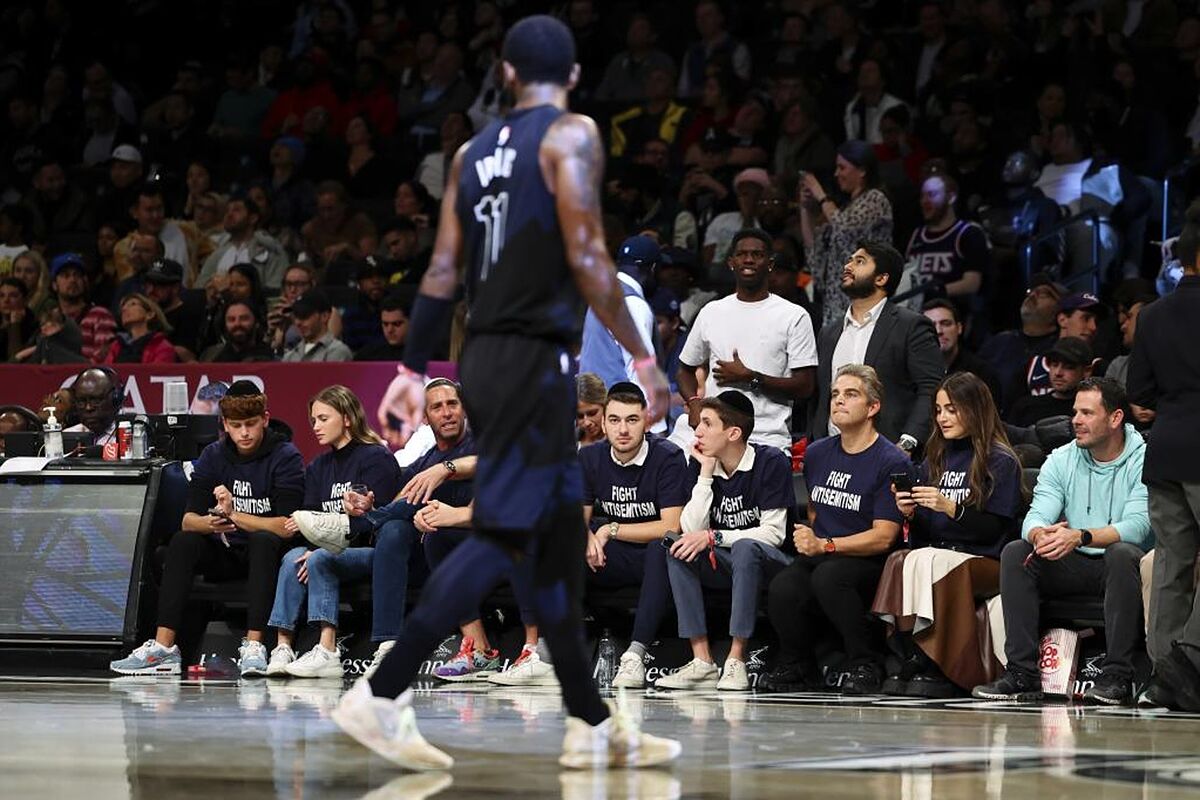 Kyrie Irving He will go down in history for being one of the best point guards of his generation, a player with unlimited talent capable of leading a team (Cavs) to the title. But mostly because it’s a person addicted to controversy, for feeling happy stepping on puddles. One does not forgive, where she sees mud, she goes headlong.

Sonora was defending the theory that the Earth is flat, in addition to other conspiracy theories, and the problems last year for refusing to get the vaccine against the covid that cost him not being able to play many games in New York… and endless criticism.

The latest from the Australian point guard was his support, on social media, for a movie and a book, ‘Hebrews to Negroes: Wake Up Black America’, with antisemitic contentwhich has raised many blisters in a country like the United States, with a high Jewish population.

Irving’s post on the networks received an immediate response from the Nets and the NBA itself, which distanced themselves from the player’s ideas. Also the owners of the Nets, Joe y Clara Tsaishowed their disappointment with Irving’s messages.

Even Nike, which renewed its contract with the player this past summer for one year and has launched personalized shoes, gave its opinion through a statement: “At Nike we believe there is no room for hate speech and we condemn any form of anti-Semitism“. Direct message to Irving that he risks losing a lucrative contract.

The point guard had an encounter with a journalist at a press conference in which he asked not to be dehumanized and to continue giving his opinions: “Youhearing this makes me stronger because I have an army by my side. Have I done something illegal? Have I insulted someone? Never give up anything I believe in.”

During these days, after his support for the film, Irving has received clubs of the fans, of various classes and of many former players. Also from the media. In the US, an influential journalist reminded Irving that it was four years since the murder of 11 Jews in a synagogue in Pittsburgh by a disturbed man: “There is a lot of disturbed people who read the messages on the networks“, he reminded her.

Reactions have also arrived from the NBA Players Association (NBAP), with a statement in which they emphasize the message: “Anti-Semitism has no place in our society“.

Irving was able to see firsthand the consequences of his action in the Nets’ final game at Barclays Center in Brooklyn. In the front row, a group of fans wore T-shirts with the message ‘Fight against antisemitism‘, aimed directly at their base. The group of fans later reported that the Australian addressed them with a “grateful for the support“, in a tone more than sarcastic. A good way to put out a fire with gasoline but of course, it is Irving’s preferred way.