NBA, Kyrie Irving has been forgiven by all: so why doesn’t he play? 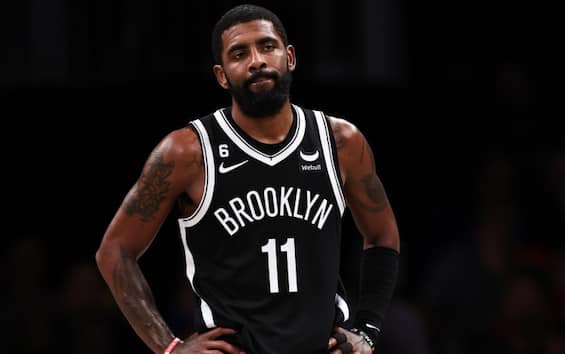 Adam Silver he said he had a “long and honest discussion” with Kyrie Irving, and came out “without the slightest doubt” that the Nets player is by no means anti-Semitic. Joe Tsaithe owner of the Nets, he also spoke – along with his wife – with his superstar and on Twitter he told “how it is clear, in my eyes, that Kyrie does not demonstrate no kind of hatred or hostility towards the Jewish community or any other ethnic group. “After the indignation and firm condemnation (five suspension races inflicted on him by Brooklyn), the time seems to have come pardon andabsolution for Kyrie Irving. So why doesn’t his return to the pitch seem imminent? The suspension ends with the fifth race, scheduled tonight against the Clippers (and on Sky Sport NBA starting at 10pm)but rumors gathered in the NBA corridors say that Irving may not be on the pitch not against the Lakers, not against the Kings, not even against Portland, the challenge that concludes a lap to the West of four consecutive trips. At the moment, in fact, it seems that the home match against Memphis on November 20th is the best date to see the Nets point guard in tank top and shorts.

In a communication sent byNBA players association (of which Irving by the way is vice president), we read how the NBPA is convinced that “the pause for reflection imposed on the player is starting to bear fruit“, in a process that aims to dissolve the tensions created in recent weeks. Those fruits, however, evidently are not yet considered “mature” enoughand Kevin Durant and company may have to do without Irving not for five but for eight games. Of these, they have won three of the first four, perhaps unintentionally complicating the return of Irving himself. That a lot, however, does not appear immediate.