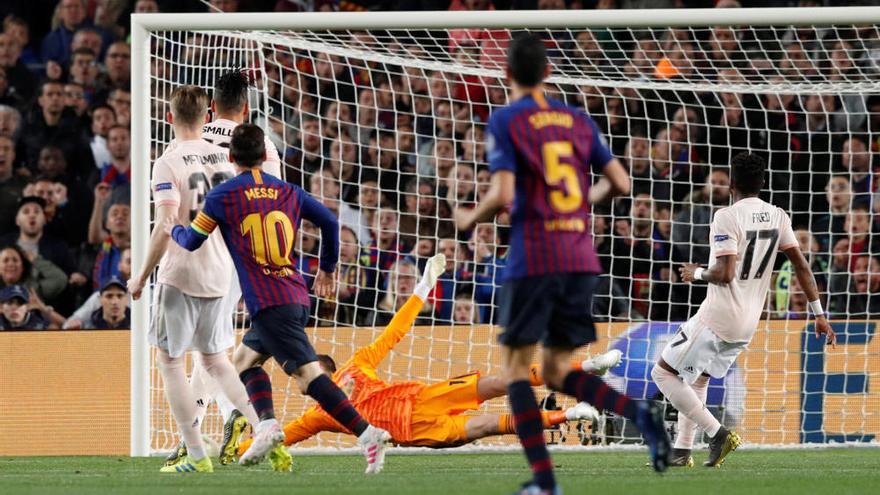 Manchester United’s Cristiano Ronaldo i Casemiro will be Barça’s opponent in the round of 16 of the Europa League, according to the draw that took place this Monday at the UEFA headquarters in Nyon (Switzerland). The tie will take place on February 16 at the Spotify Camp Nou and on the 23rd of the same month at Old Trafford.

“Bad luck, again”, thinks Xavi Hernández in Barcelona. The culer team will have to dance with another historic European like Manchester United, which is not going through its best moment but which is trying to turn the situation around since the arrival of the Dutchman Erik Ten Hag on the bench last summer.

Next to the UEFA managers, the former Hungarian player Zoltán Gera –ambassador of the final of the Europa League, in Budapest– has been in charge of removing the balls that, in the first crossing, have offered the strong dish of the draw; the Barça-United.

A duel of ‘Champions’ that will now be seen in two majestic feuds that will have to dress in the galas of the Europa League. A duel that in 2009 and 2011 took place in the final of the Champions League — with ‘culer’ triumphs — and whose most recent memory was in quarter-finals of the 2018/19 edition of the highest continental competition.

Fifth in the Premier League, although with a match pending, the ‘red devils’ (second in their group after Real Sociedad) went strengthen well in the summer with the arrival, among others, of the Brazilian striker Antony (from l’Ajax) your countryman casemiroa former Real Madrid like Cristiano Ronaldo, who has 2 goals in 6 games in the competition.

The other La Liga team in the competition, Sampaoli’s Sevilla, will have to beat Luuk de Jong’s PSV Eindhoven.

This is how the qualifiers for the Play-off of the Europa League have been:

Madrid, against Liverpool to the Champions

It was one of the highlights of the draw held this afternoon. The other big confrontation will be that of PSG against the Bayern de Munich.

The eighths of the Champions League they were like this: