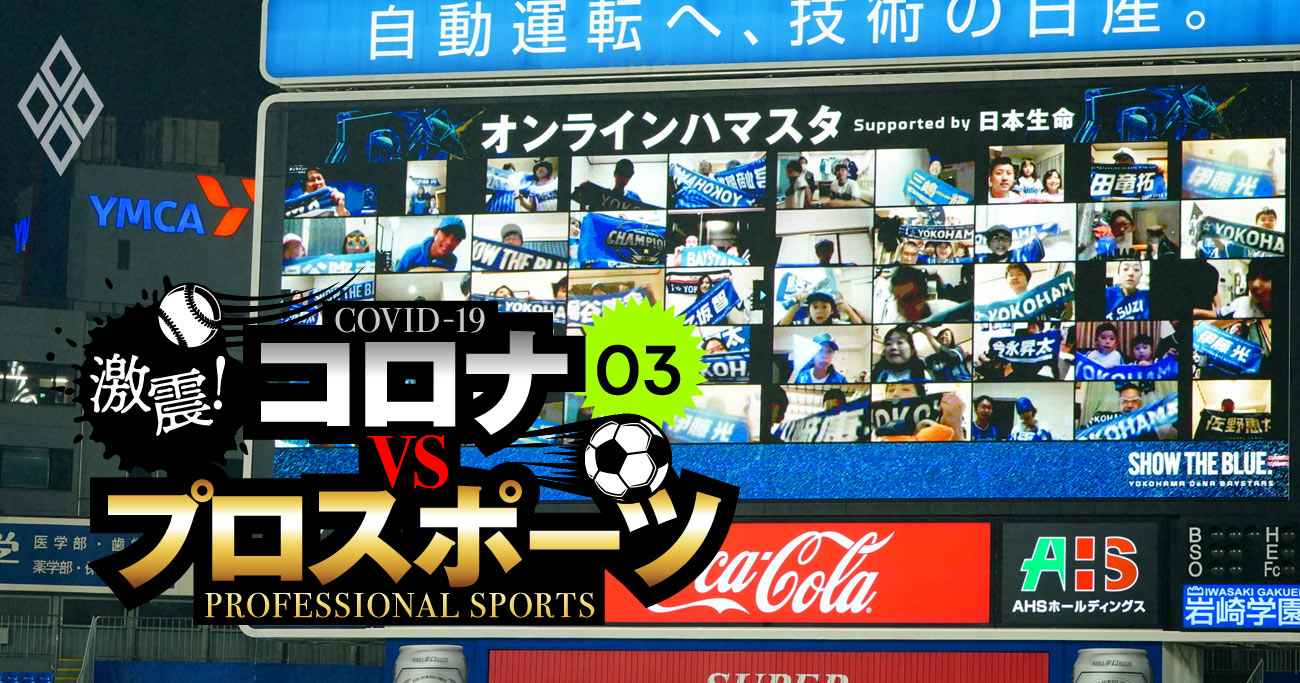 In 2019, both the professional baseball and J.League soccer teams recorded record-breaking numbers of spectators, and the Japanese professional sports world was in great shape. However, the number of spectators was restricted due to the corona disaster, and the entrance fee income, which was the pillar of revenue, decreased sharply, and almost all teams fell into the red. Even if games with spectators resume, it will not be until next season at the earliest that the enthusiasm will return as before due to changes in the rules for cheering due to the risk of infection. Nonetheless, this crisis is also an opportunity to accelerate the digitization of the sports business, which has been an issue for a long time. Special feature “Earthquake! In #3 of “Corona vs Professional Sports” (12 episodes), we will organize the current position of professional sports that have resumed due to the corona disaster. (Diamond Editorial Department Yusuke Kagoshima)
* Articles for paying members published on August 4, 2020 will be published free of charge for a limited time.All contents, including the person’s title and numbers, are as they were at the time of the interview.

Both professional baseball and the J-League fell into the red due to a drastic drop in admission fee income.
Even after games with spectators resumed, the number of customers is slow

The 2019 Rugby World Cup, the 2020 Tokyo Olympics and Paralympics, and the 2021 Kansai World Masters Games. It was supposed to be a “miracle three years” for the sports world (Yoshiyuki Mano, Professor, Faculty of Sport Sciences, Waseda University), but the spread of the new coronavirus infection has put Japan’s professional sports on the brink of survival.

Professional baseball started three months late, and the J-League resumed. The easing of restrictions scheduled for August 1 has been postponed due to the recent surge in the number of new coronavirus infections.

There are four main sources of revenue for professional sports: admission fees, sponsorship revenue, broadcasting rights, and merchandise sales. Admission revenue is hopeless, and if merchandise sales decline due to a decrease in the number of spectators, most teams in both professional baseball and the J League will inevitably fall into the red. In fact, calculations based on the materials published by the J.League show that both J1 and J2, with the exception of one team, will fall into the red if admission revenues are halved.

Many professional baseball teams do not disclose their earnings structure, but the number of home games is 71, which is higher than the J League’s 17. Since the revenue from admission fees and ballpark merchandise is larger than the J.League, the impact of the decline in spectators will hit management directly.

Also, what is worrisome is that after the start of spectator games in both professional baseball and the J League, some games have platinum tickets, but there are many games that do not reach the upper limit even with the “limited to 5,000 people”. It may be the rainy season, but the current situation is that there are many fans who are concerned about the risk of infection and who are refraining from doing so.

You need to register as a member to read more.