Iran: Footballers refuse to celebrate their trophy in support of protests 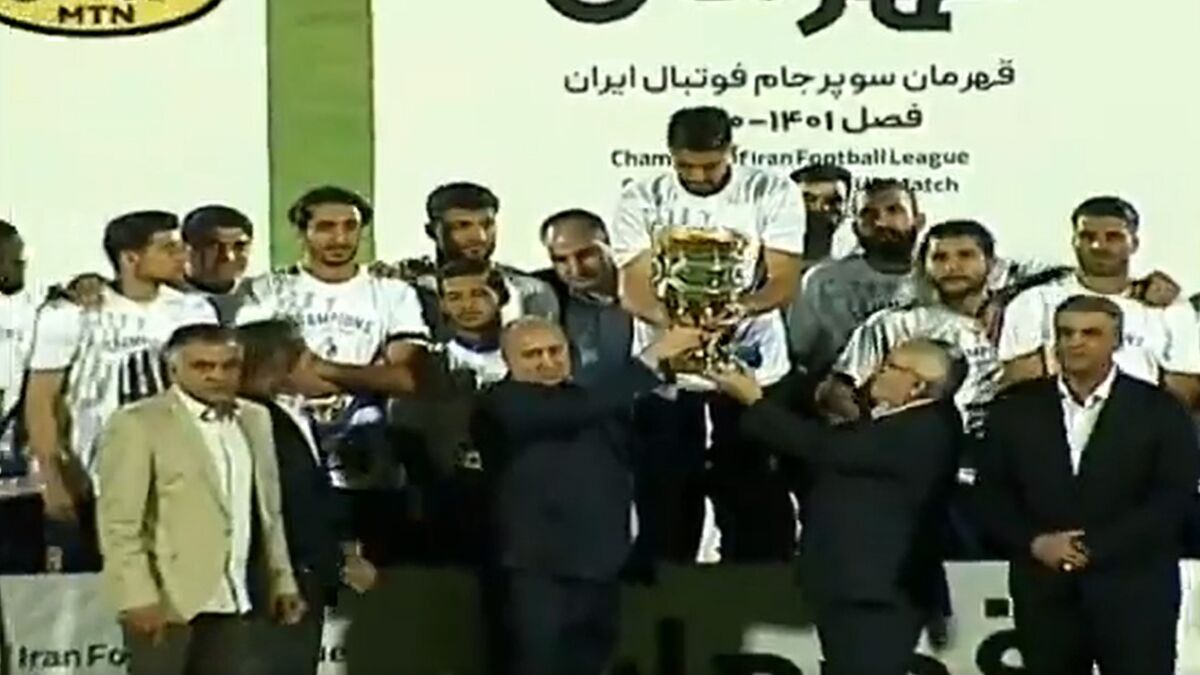 Nothing, not a cry of joy, not a gesture of celebration. Instead, low, absent faces. FC Esteghlal players won the Iranian Super Cup 1-0 on Wednesday against FC Nassaji Mazandaran. A prestigious success that they took care not to celebrate in support of the demonstrations that have shaken the country for a month and a half and the death of Mahsa Amini, 22 years old.

The images of the trophy presentation are striking. No player shows the slightest sign of joy. Goalkeeper and captain Hossein Hosseini will be invited to lift the trophy for a few seconds, but we’ll come back for the festive postcard. The silence is heavy. Iranian television makes no mistake about it and shortens the ceremony to return to the studio. Probably less embarrassing even if it was not in fact the first sign of defiance towards the power in place. Amir Motahari did not celebrate his goal in the 52nd minute. He just burst into tears.

“We won’t celebrate because we are not happy,” said Ali Fathollahzadeh, president of Esteghlal. “We stand in solidarity with all the families in Iran who are grieving. Especially with the family of Milad Zareh,” added footballer Aref Gholami, referring to a 25-year-old man who was shot dead a month ago while protesting outside a police station.

Instead of celebrating the winning goal in the Super Cup, Amir Motahari shed tears due to #IranProtests.

IRIB tv immediately cut away after Esteghlal players refused to celebrate the goal.

Persian Gulf Pro League clubs have not been celebrating any goals since #IranProtests. pic.twitter.com/m8Xmyl3RsX

Iran has been rocked by protests since the death in custody of Mahsa Amini, arrested three days earlier by vice police for allegedly breaking the Islamic Republic’s strict dress code of wearing the veil.

The repression of these demonstrations, unprecedented in their scale and nature since the Islamic Revolution of 1979, left dozens dead, according to NGOs. Some sports personalities are taking part in the movement. Second best scorer of the selections and living legend in his country, Ali Daei saw his passport confiscated by the Iranian authorities. He has since paid bail for eight political prisoners.