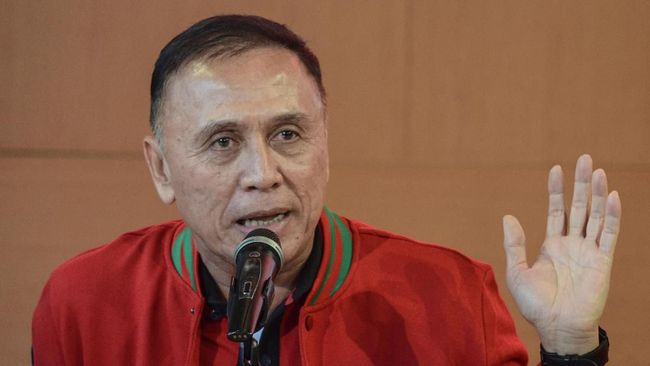 PSSI general chairman Mochamad Iriawan or Iwan Bule admits to having mental stress The Tragedy of Kanjuruhan on October 1 which killed 135 people.

After the tragic incident, Iriawan, who is familiarly called Iwan Bule, was silent to the media. The statement was only given by Iwan Bule in the official PSSI press conference.

However, recently Iriawan opened his voice. Regarding this attitude, Iriawan did not deny experiencing mental stress with the Kanjuruhan Tragedy.

“There isn’t any [tekanan dari pihak luar]. The performance of my PSSI media team is lacking. I should be proactive here and there,” said Iwan Bule during a visit to Transmedia, Tuesday (1/11).

“I was also justified in that incident [Tragedi Kanjuruhan] I’m mentally depressed from the outside. Certainly,” said Iwan Bule added.

Seeing the death toll that reached 135 people, most of whom were Arema FC supporters, and the other two were members of the police, the Kanjuruhan Tragedy became one of the ‘dark’ events in the world of football.

The Kanjuruhan tragedy became the second most fatal football incident after the National Stadium in Peru in May 1964 which claimed 328 lives. In Indonesia, the Kanjuruhan Tragedy is the most heartbreaking incident because it claimed the most victims.

“I’m sad. How come my days are like this,” said Iriawan.

As a result of the Kanjuruhan Tragedy, PSSI also received pressure from its members to speed up the Extraordinary Congress (KLB) as a step for the total improvement of Indonesian football.

PSSI sent a letter to FIFA on Monday (31/10) asking for recommendations regarding the implementation of the Ordinary Congress on January 7, 2023 and the PSSI KLB on March 18, 2023.