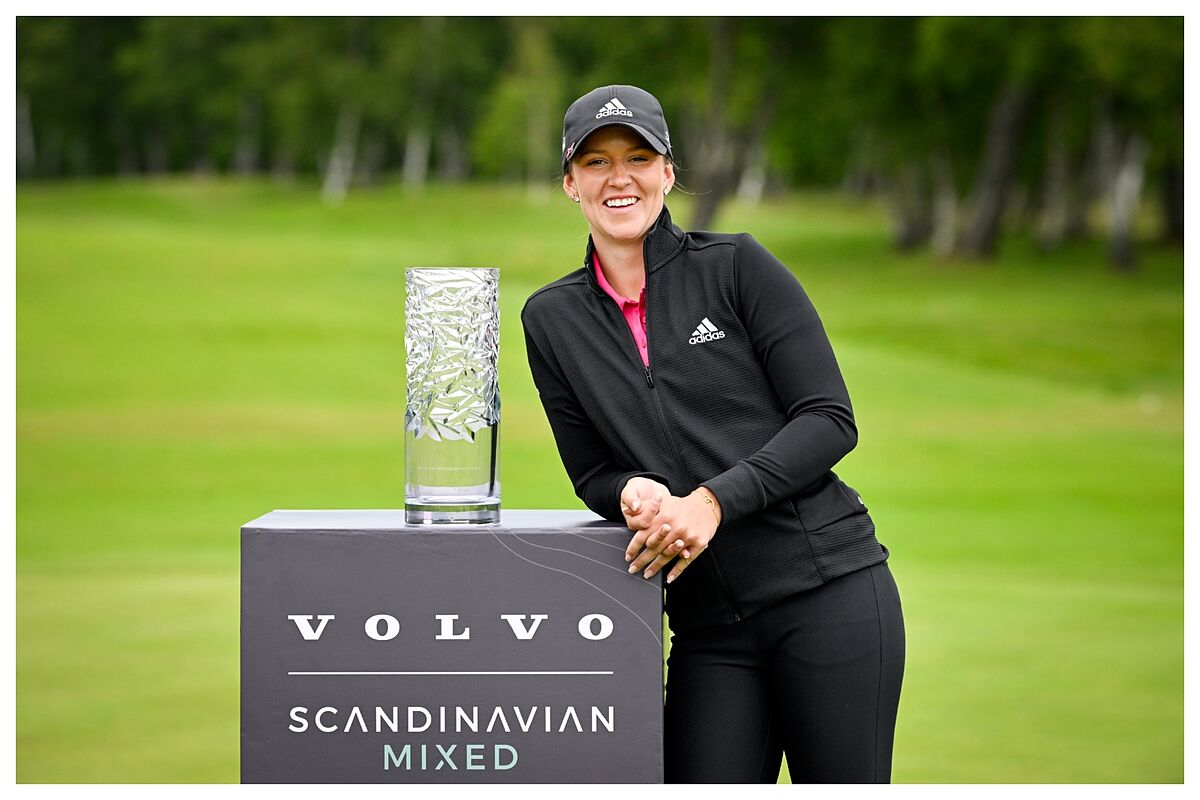 Ehe Ladies European Tour (LET) has become in recent seasons a shuttle for the careers of numerous players. Yes In 2012 we saw how Carlota Ciganda was crowned champion of the circuit and was named player of the year and rookie of the season.the past course was emulated by the Thai Atthaya Thitikul. We also saw a similar impulse with the German Esther Henseleitwith the English Georgia Hall or with the danish Emily Kristine Pedersen.

On this occasion, the Andaluca Costa del Sol Spanish Open give me a duel to win the Race to Costa del Sol between two young players, the Swedish Linn Grant and Maja Stark. The two Nordics are starring in a stellar season, although in Grant’s case there are a couple of circumstances that set her apart a bit more.

On the one hand, the one from Helsingborg is not only shining in the LET this season, but He has also participated in six LPGA Tour tournaments -the American circuit-, in which she has obtained a third position, two eighth places (one in Evian) and a nineteenth (in the British Open), results that place her as one of the best rookies of this course despite to his few appearances. She has to add that she also won two tournaments (three counting one also co-sanctioned by LET) on the Sunshine Ladies Tour, the South African circuit.

On the other hand, what triggered the fame of the current number one of the Race to Costa del Sol was his victory in the Volvo Car Scandinavian Mixed. She became the first woman to win a -mixed- tournament co-sanctioned by the DP World Tour (the men’s European Tour) and by the LET. Grant, granddaughter and daughter of golfers, they won no less than nine shots ahead of their compatriot Henrik Stenson and Scotsman Marc Warren. For that tournament, the field was prepared in such a way that power did not take precedence over ability, beyond the fact that the tees in the case of women were a few meters in advance to equalize forces.

The Swede, who played with her boyfriend as a caddy, the also golfer Pontus Samuelsson, claimed in that ‘showcase’, both with her game and with her subsequent words, just what such an event intended: “Of course I felt it was a boys vs. girls competition and it was important who ended up lifting the trophy. I hope people recognize women’s golf and more sponsors join the LET; I hope this boosts women’s sport. This shows that we can play against each other fairly. I hope people recognize the quality of women’s golf,” said the historic winner.