Stuttgart comes out of the dressing room well. Again it is Führich, who pulls past Friedrich with a hook from the left wing and tries to finish from 22 meters. His bouncer goes past the gate on the left.

For the third time this evening is the WAS required. Führich’s low cross from the left gets Scally’s hand easily. After a short check, the game continues. That was also correctly decided by the team of referees.

Ahamada starts a solo from the center line and moves into the penalty area. His shot from 14 meters is slightly deflected, but also parried by Sippel.

Thuram forwards a pass to the edge of the penalty area to the left to Koné, who is pushed to the outside by Stenzel. Thus the angle becomes too acute.

The second round is on! Both teams come back on the pitch unchanged in terms of personnel.

Mid-term conclusion:
An entertaining first half comes to an end! After 45 minutes, Borussia Mönchengladbach leads 2-1 against VfB Stuttgart. The foals were in control from the start and also took an early lead thanks to comebacker Hofmann (4th). The goal gave Borussia security, which was rewarded for a strong first half hour: Thuram completed an outstanding pass from Pléa to make it 2-0 (25 ‘). However, the Stuttgart team didn’t give up and scored a goal through Tiago Tomás (35’). As a result, the Swabians worked their way into the game better and better, but without creating any great chances before the break. So excitement is guaranteed for the second round. See you soon!

End of 1st half

Shortly before the end of the first round, Gladbach got another free kick from the left flank. At the end, Dr. Jöllenbeck but offensive foul against Thuram.

Due to the two VAR checks, there is another three minutes of stoppage time.

At VfB it is always dangerous on the left side. Sosa and Führich keep the wing busy.

Five minutes until the break. Will Borussia take the narrow lead into the cabin?

Suddenly VfB has the upper hand. Goalscorer Tiago Tomás dribbles his way down the right flank and plays sharply into the centre. But the ball flies past everyone out of the danger zone.

Somewhat surprisingly, Stuttgart scored a goal! Sosa pulls in from the left and passes Tiago Tomás in the box. The striker turns around Friedrich ten meters from the goal with a strong first contact and finishes with a dry low shot into the right corner. Sippel has no chance to defend himself.

After a little more than half an hour, the foals deserved the lead. Gladbach makes a good game and doesn’t really let Stuttgart get into the game.

This scene is also through the WAS been checked. But the right decision remains: No penalty!

The hosts demand penalties! Pléa sends Scally into the penalty area with a strong pass. The American goes around Müller and falls after a bad contact. dr Jöllenbeck immediately indicates: Keep playing! 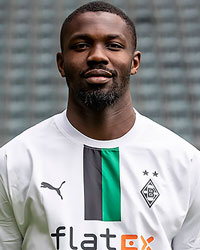 A great move brings Borussia 2-0! With a fast direct game, the action is shifted to the left side to Pléa, who pulls into the middle with a hook and puts Thuram in the limelight with an outstanding outside instep pass. Thuram takes the ball in the middle of the box and completes it from eleven meters into the left corner!

Not a bad attempt by Mavropanos, who just looks for the end from a good 30 meters. But the ball goes just under a meter to the left of the goal.

After an unfortunate collision, Sosa stays in bed for a short time and has to have his head treated. But things can go on for the left-back.

Guirassy tries a low shot from the second row. But Sippel is in the threatened right corner and saves the ball.

No! After briefly studying the video images, the referee correctly sticks to his decision. The movement was not enough for a red card for assault.

But now he reports WAS and sends referee Dr. Jöllenbeck in front of the screen. Is there red for Bensebaini? 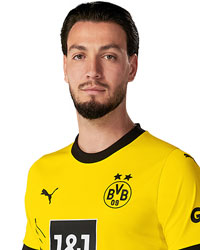 In advance of a Gladbach corner, Bensebaini and Anton rake in the penalty area. The Borusse hits out briefly against the Stuttgarter and rightly sees yellow for it.

Next Top-Chance for Gladbach! Kramer sensitively lifts the ball from the right onto the second post, where Stenzel misjudges. That’s how Pléa gets behind the leather and pulls from ten meters. But VfB keeper Müller cleverly shortened the angle and parried strongly.

Even if the hosts have a clear advantage up to this point, Tiago Tomás’ good chance showed that VfB can also be dangerous if they play quickly down the flanks.

Now the guests are also showing themselves to be offensive! Sosa crosses from the left towards the penalty spot, where Guirassy heads in towards the back post. There, Tiago Tomás slides into the ball, which acts as an arc lamp on the Latte lands and goes out of the goal.

Next quality Opportunity for BMG! This time Pléa has switched to the right wing. His cross is deflected and lands on the second post when Bensebaini has moved up. The left-back volleys from a tight angle, but Müller is able to parry.

Really good start for the foals. Pléa and Thuram combine into the box from the left. Ultimately, however, the ball jumps and Anton intervenes. 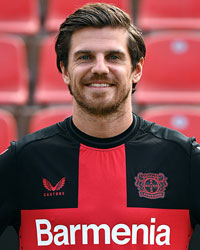 The comebacker gives Borussia Mönchengladbach an early lead! Pléa is sent down the left side to the baseline. The Frenchman plays the ball halfway up into the backcourt, where Hofmann runs in at full speed and hits the bottom left corner from a central position of twelve yards! Technically strong made by the German national player!

In the first few minutes, the hosts control the game and let the ball circulate through their own ranks.

Here we go! Stuttgart kicked off in red and black jerseys, Borussia is dressed all in white.

The match will be directed by referee Dr. Matthias Joellenbeck. He will be assisted by Thomas Stein and Jonas Weickenmeier. VAR is Tobias Welz.

Incidentally, VfB Stuttgart is still waiting for its first away win in the Bundesliga in the 2022 calendar year. However, the most recent record in the direct duels against Mönchengladbach speaks for the Swabians: Stuttgart won three and drew two in five games.

There are also three changes in the starting XI for the guests. Mavropanos, Stenzel and Tiago Tomás replace Ito, Zagadou (both ill) and Katompa Mvumpa (bench).

Compared to 1: 2 at Union Berlin, Coach Farke made three changes in the starting eleven. Koné (after a yellow card suspension), Hofmann (after an injury) and Jantschke replace Stindl, N’Goumou and Elvedi (injured).

The guests from Stuttgart are on the upswing under interim coach Michael Wimmer after six points from three Bundesliga games and have gained some breathing room in the table basement. In the 2-1 win against FC Augsburg last weekend, the Swabians were rewarded with a goal from Waldemar Anton in injury time with the all-important three points. Before the appearance at Borussia, VfB interim coach Wimmer was self-confident: “We want to play our game and our idea against Gladbach again. 8:30 p.m. in Borussia Park is a challenge for every team. We’ll tackle it and a good game make.”

After the last four competitive games in a row without a win, it will be important for Borussia Mönchengladbach to initiate a turnaround, at least in terms of results. In the previous week, the Foals gambled away a 1-0 lead at Union Berlin and conceded the goal deep in injury time to make it 2-1. As a result, the Gladbachers have also slipped down to 11th place in the table. Accordingly, BMG coach Daniel Farke knows how important today’s game is: “We have to stand together and clench our teeth because we are currently playing without a key player. We want to regain the momentum with three points against Stuttgart.”

Welcome to the Friday night game in the Bundesliga! At 8.30 p.m. Borussia Mönchengladbach and VfB Stuttgart meet at the start of the 13th match day.