Giant screen, concerts and much more: the City of Buenos Aires inaugurated the World Emotion Square to watch the 64 matches of Qatar 2022 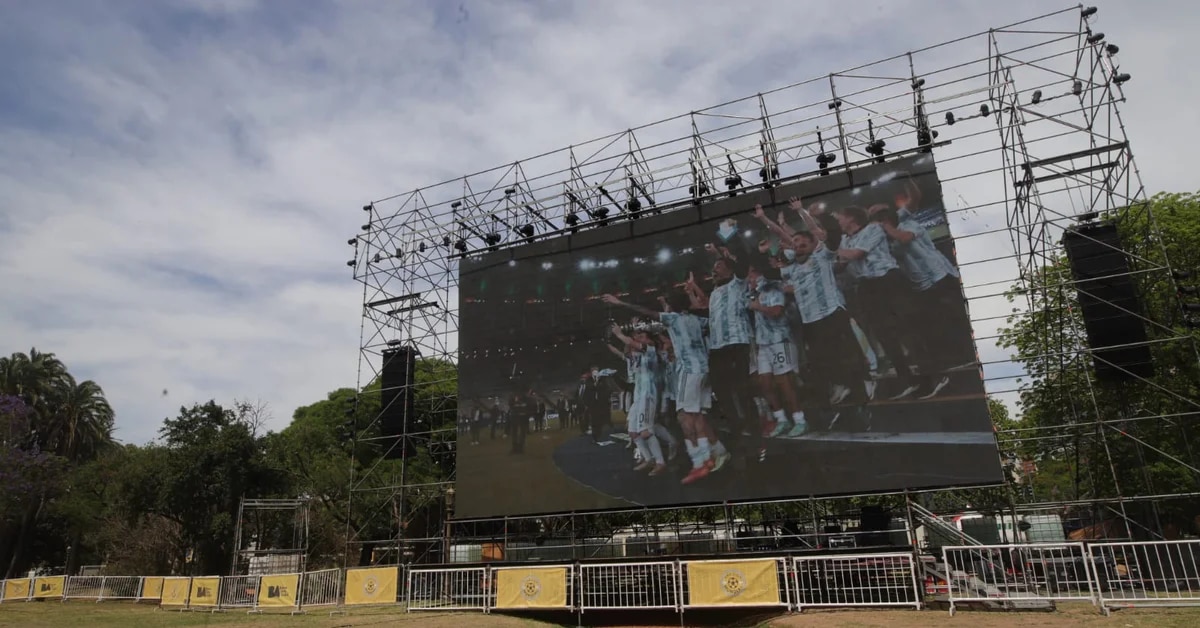 In addition to watching the 64 matches of Qatar 2022, in Plaza Emotion Mundial you can enjoy recitals and activities for the whole family. (GCBA)

As usually happens before each World Cup, the authorities of the City of Buenos Aires announced the placement of a big screen to follow the 64 games of Qatar 2022 and encourage the Argentine national team. On this occasion, the meeting point will be at Francisco Seeber square, located at the intersection of the avenues Libertador and Sarmiento (Palermo), which from next Sunday, November 20, will be renamed “Plaza Emotion Mundial”, within the framework of the BA Emotion World operation. In addition to offering the possibility of following the matches of the World Cup live, it will also have recitals and different activities for the whole family.

The initiative was made official today by the Buenos Aires Chief of Staff, Philip Michael, through a brief message on his Twitter account. “CABA will broadcast the 64 World Cup matches on a giant 18×10 meter screen on Av. Libertador and Sarmiento”, reads the official’s message. 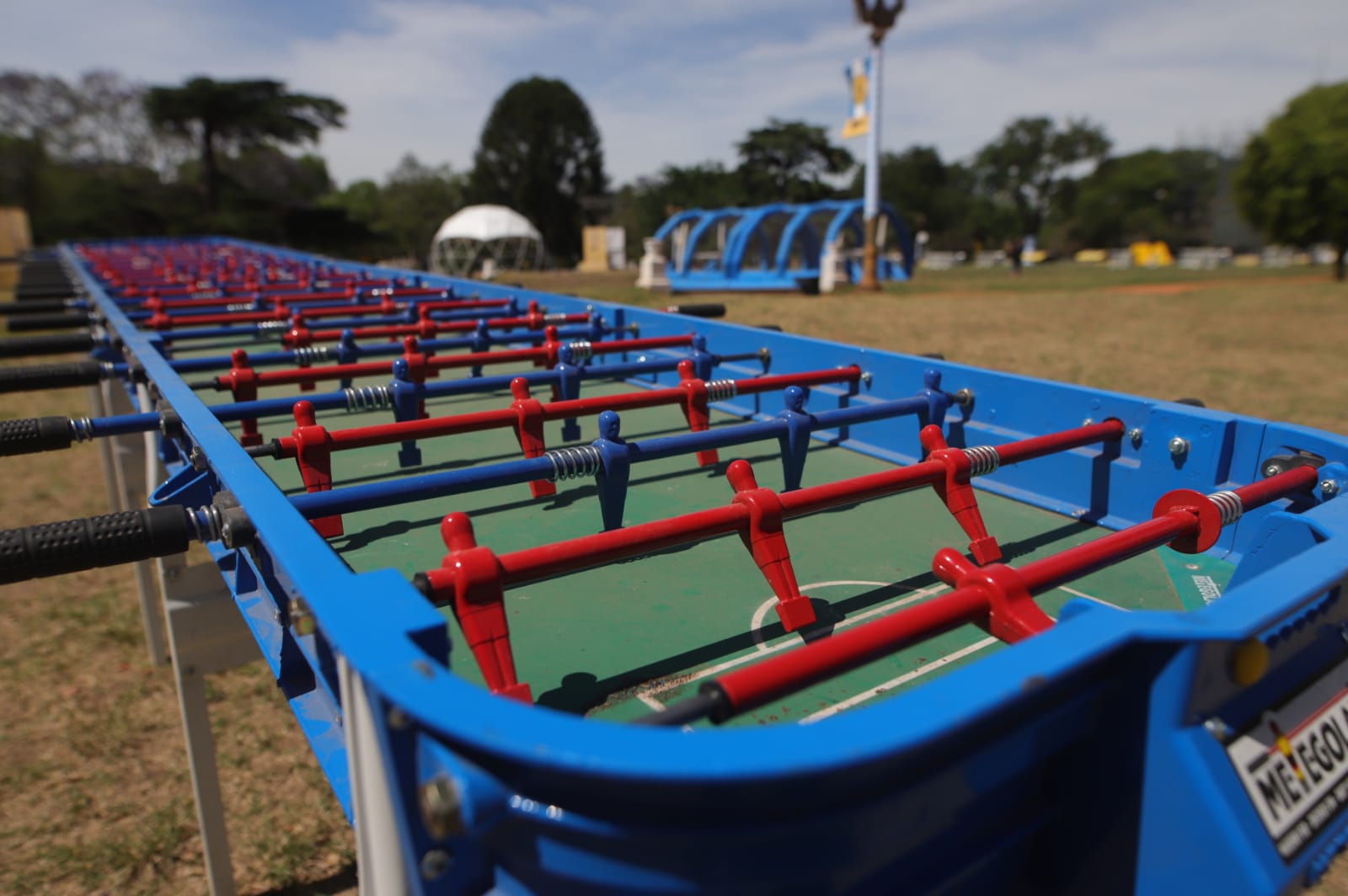 A giant table football, among the different activities offered by the World Emotion Square arranged by the Buenos Aires Government in the Palermo neighborhood. (GCBA)

Through a press release, the Buenos Aires Ministry of Culture confirmed the availability of the space that will open to the public from next Sunday at 12 noon, when the opening ceremony will begin to be held at the Al Bayt stadium in Doha. “In addition, you will be able to enjoy great concerts, talks with players of all times, sports activities, games, participatory murals, classes, children’s shows, live DJs and a great gastronomic Patio”, announced from the Buenos Aires Government.

But to have a place in the World Emotion Square you have to be attentive. Yes ok tickets are freethe same They must be reserved from 48 hours before each day. For this reason, today the locations were enabled to follow the opening of the World Cup and, later, the opening match between the local Qatar and Ecuador, directed by the Argentine coach Gustavo Alfaro.

It may interest you: Qatar has banned the sale of beer in World Cup stadiums

The World Emotion Plaza will be open from 9 a.m. to 7 p.m., although the hours will be extended according to the presentations from Argentina. There will be a large screen (18 x 10.24 meters) where you can see the matches, as well as enjoy movies related to football. There will also be games, collaborative flag murals with recyclable elements, participatory workshops and classes for children, children’s shows, great concerts, live DJs and a gastronomic patio.

In addition, for each day -from 6:00 p.m.- it is scheduled a cycle of interviews with soccer players who knew how to defend the National Team shirt, with the aim of telling their best stories with the albiceleste. 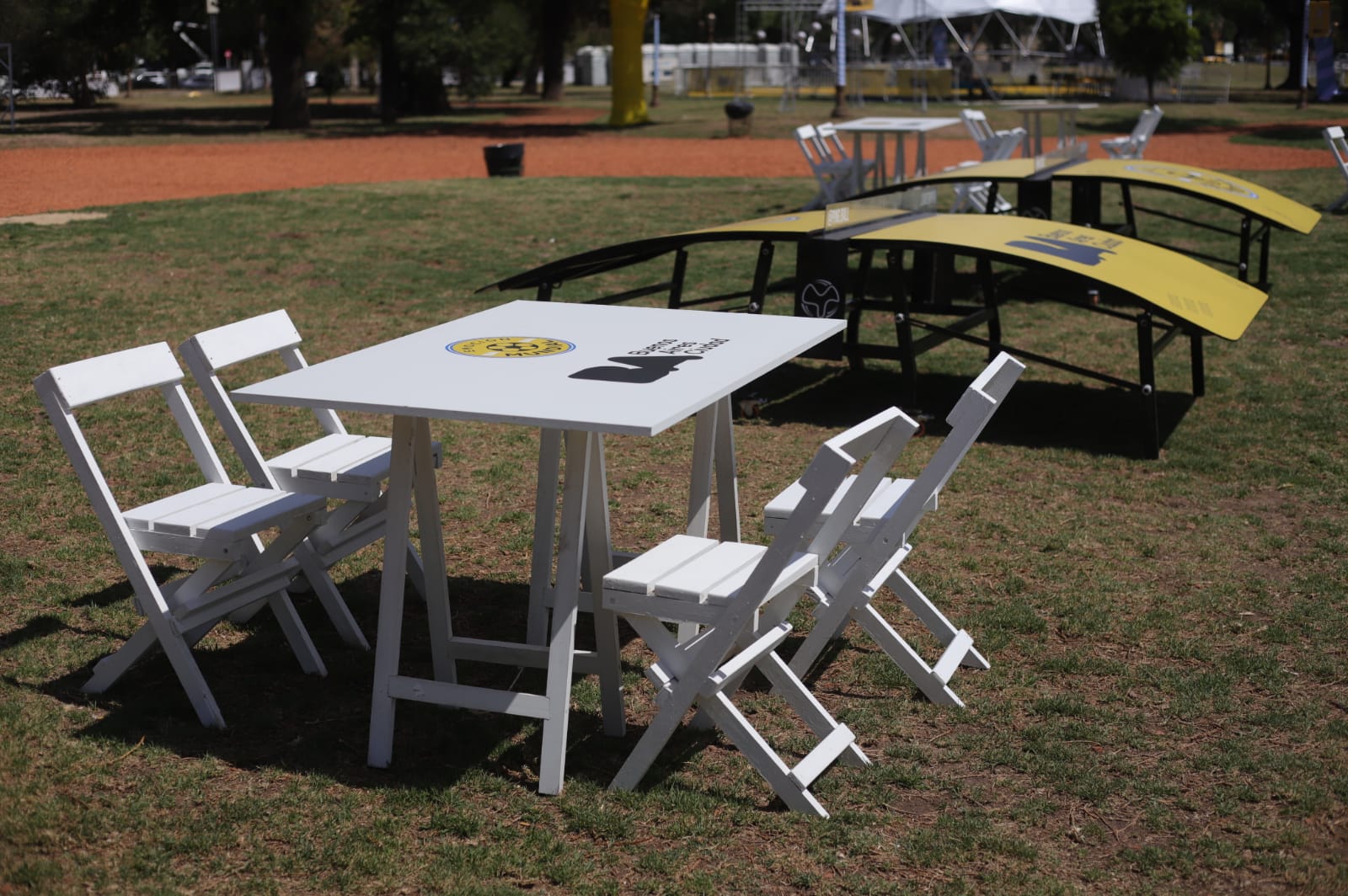 To enter the World Emotion Square, you must book tickets from 48 hours before each day. (GCBA)

Through the City’s chatbot (11-5050-0147) you can check schedules, activities, book tickets and even participate in the COPY THE BOOTa federal competition (individual and collective) of sports forecasting, putting together tournaments and adding points, with a weekly trivia that will deliver important prizes.

For its part, the Buenos Aires Obelisk will offer a mapping specially designed that will be projected from the night before each game in Argentina, while the most emblematic monuments, such as the Planetarium, Usina del Arte, Palacio Lezama, Monumental Tower, Monument of Plaza Congreso, Puente de la Mujer and Monument to the Spanish , they will dress in the Argentine colors to support the team led by Lionel Scaloni.

For the little ones, others 30 places They will offer themed games for family fun through the “Vamos Las Plazas Mundialistas” program, which will tour green spaces in the 15 communes of the City with activities focused on the World Cup. The places will be:

It may interest you: Five applications to organize the classic bets on World Cup matches with friends

Likewise, as part of the BA World Emotion programme, different artists will perform 3D urban art murals in different points throughout the City related to the World Cup, while the Ecobici stations will be plotted in light blue and white along with some 200 bicycles. The pedestrian paths, for their part, adopted the colors of the National Team and the Healthy Stations will add to this thematic axis working on the benefits of play and team sports to achieve greater well-being.