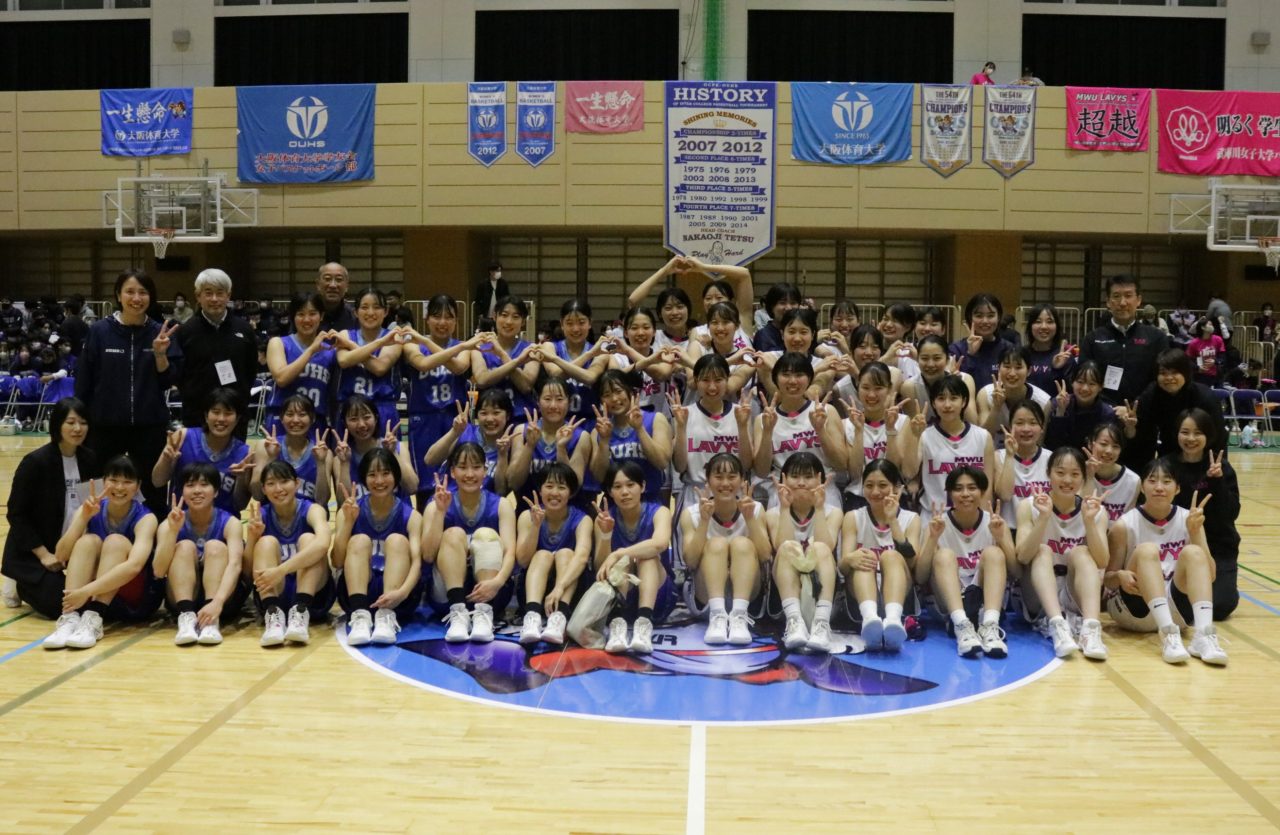 Commemorative photo with players from both universities after the 5th friendly match.The two teams are deepening exchanges, such as cheering each other on at intercollegiate events.

The friendly match was started in 2017 between the two universities, which have been on friendly terms for a long time, as an opportunity for the B team, who usually cannot be on the bench, to participate in the match, and is held alternately every year. The event was canceled in 2020 due to the coronavirus pandemic, but last year it was held at Mukogawa Women’s University, and this year marks the fifth time.
Based on the independence of the students, students majoring in sports management at our university were in charge of planning and operation, and engaged in the production and sales of posters and tickets, as well as the operation of the venue on the day. The A team players worked behind the scenes, such as setting up the venue and selling goods.
In addition, W League and B League teams and companies will sponsor, and part of the profits will be used to strengthen the club. The University Sports Association (UNIVAS) agreed with the purpose and sponsored the event, and also conducted a live broadcast on its website.

The venue was packed with about 450 people, including officials from both universities and teams, alumni, family members, and people from the local community.
Prior to the exchange match, the OG match between the 2020 graduates started at 5:45 pm. In 2020, due to the corona wreck, the university was told that it would be canceled the day before the exchange match, and the athletes broke down in tears. On the day of the graduation ceremony, coach Naomi Murakami pledged to the players, “I will definitely play an OG match, so please wait for me.” After a back-and-forth battle, our university won the match 17-12. Rio Shimizu, captain of the 2020 team and currently a junior high school teacher in Tanba City, Hyogo Prefecture, said, “Two years ago, I wanted to play an exchange match at this venue. I am grateful to the people of both teams for setting up a wonderful stage. I will,” he said with a smile.
At the opening ceremony that followed, the double dutch club performed a splendid rope performance.
The game will tip off at 6:30pm. The speedy offense and defense continued, and the spectators cheered by beating the Harisen, which doubled as a list of the members of both teams, given out at the entrance. When a 3-point shot was decided, there was a wave.
During halftime, Sophia University Faculty of Education sophomore Shunsuke Uchida, who will participate in the World Boccia Championship (December, Brazil), and Osaka Sports University Namisho High School Women’s Basketball Team, who will participate in the Winter Cup (National High School Championship, December). A send-off ceremony was held, and the venue was excited with a free-throw showdown between the two universities.

In the end, the university won the match 75-66.
At the closing ceremony, Mukogawa Women’s University’s captain Nana Shibata and our university’s captain Nao Inoue said, “Thank you for preparing such a stage.”
Mukogawa Women’s University manager Kazuaki Sakai continued, “As universities with athletic and sports departments, we have many members and are divided into teams A and B. Both universities are B teams. I’m happy that I was able to support Team A, but I also went back home to practice and worked behind the scenes for today’s match. ” he said.
Naomi Murakami, head coach of our university, said, “I am overwhelmed by the support of so many people. This friendly match is an opportunity for the B team, which has few opportunities to participate, to demonstrate the results of their independent efforts. Fourth graders. It’s a place where I can put my whole basketball life on the line.In addition, I was able to play a phantom match for the graduates who cried when it was canceled in 2020, and I was able to regain that time.”
After that, the players from both teams took pictures together with the A team and praised each other for their good fight. In addition to friendly matches, the two teams are said to be deepening exchanges by cheering each other on at intercollegiate matches. I hope that the wonderful efforts will continue uninterrupted next year and beyond. 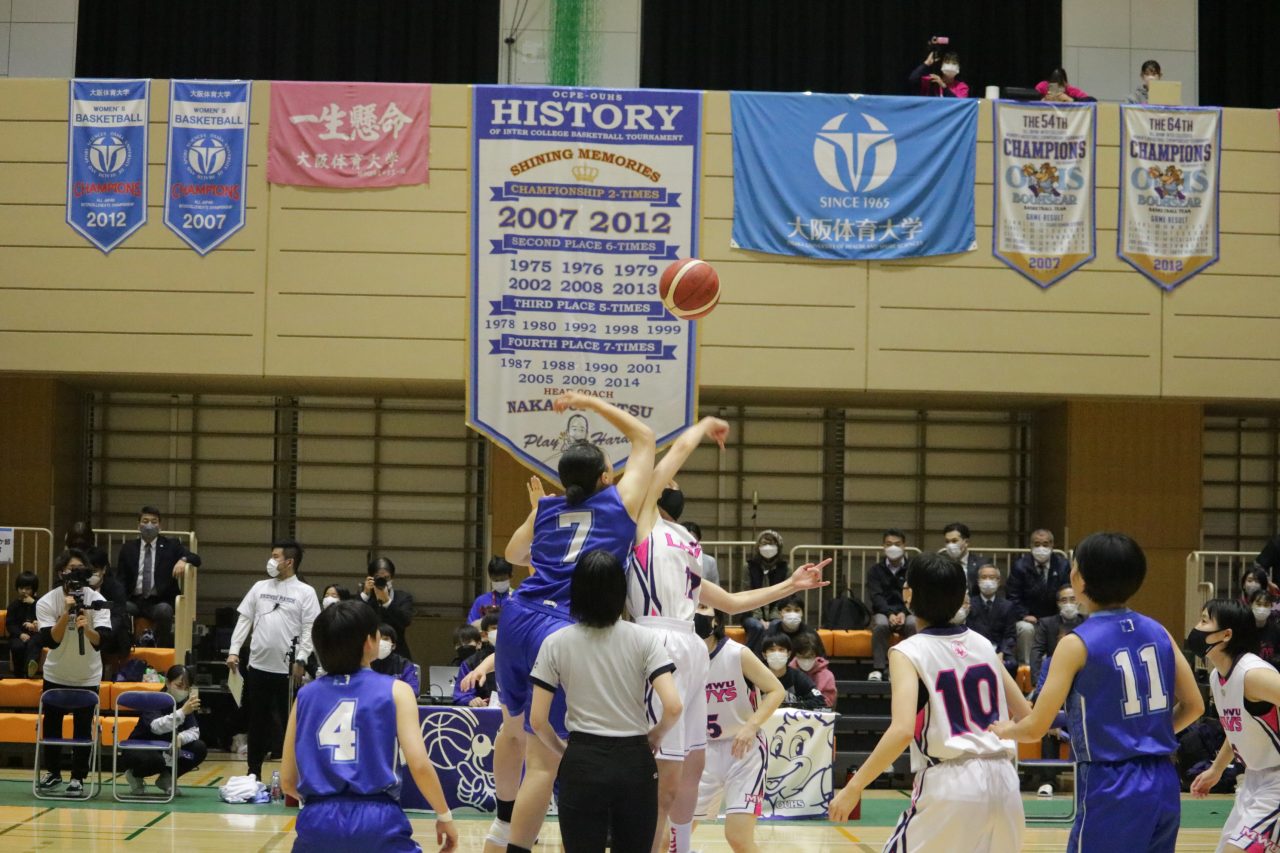 About 450 spectators packed in, and the tip-off was a great success with standing room. 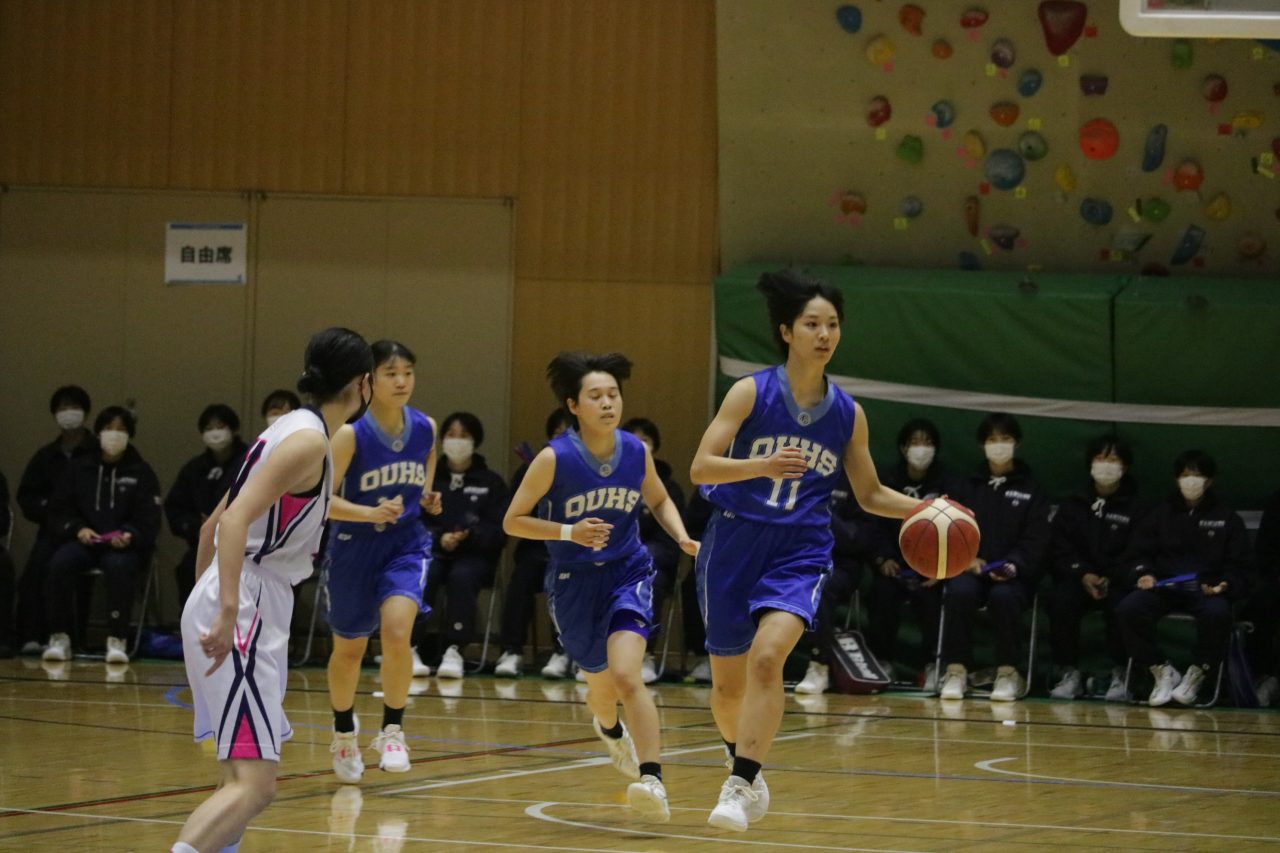 The game is a back-and-forth offense and defense 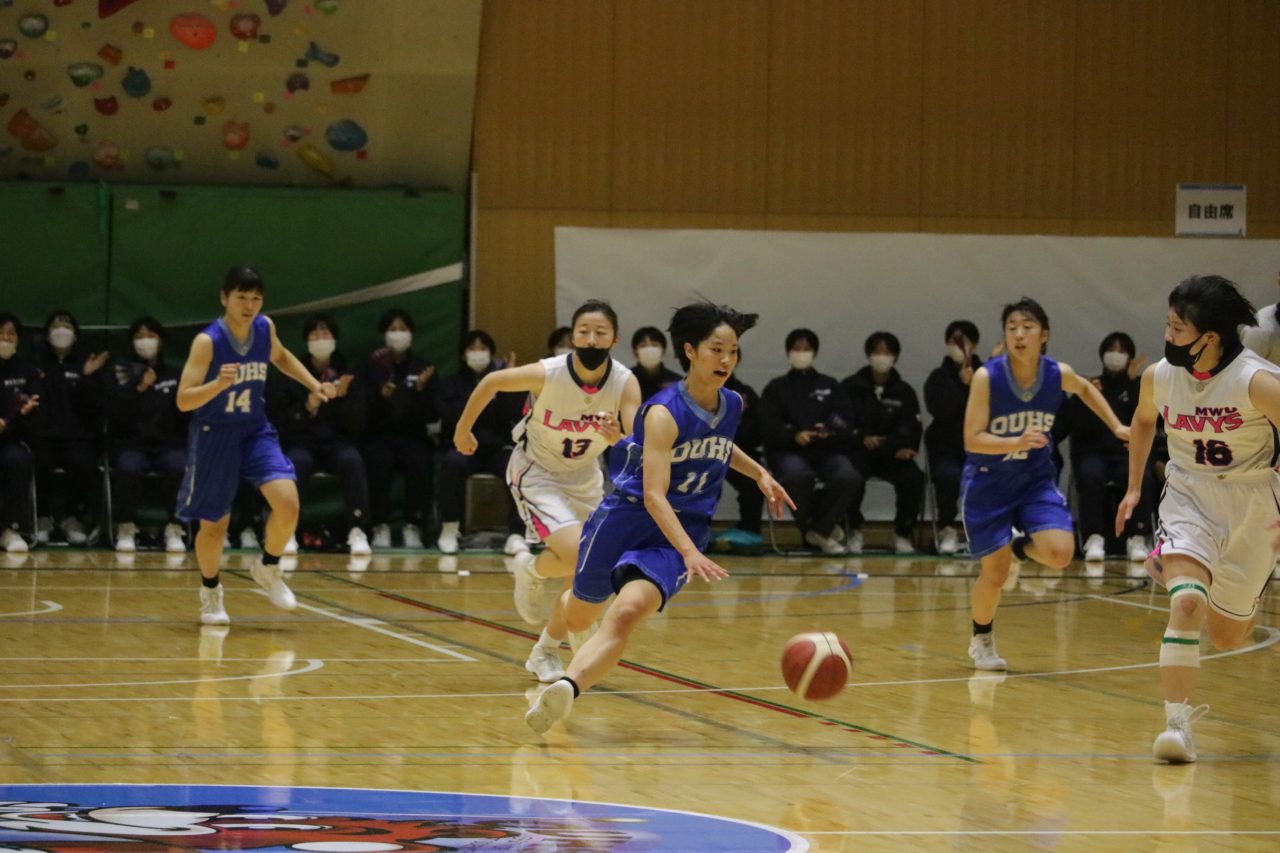 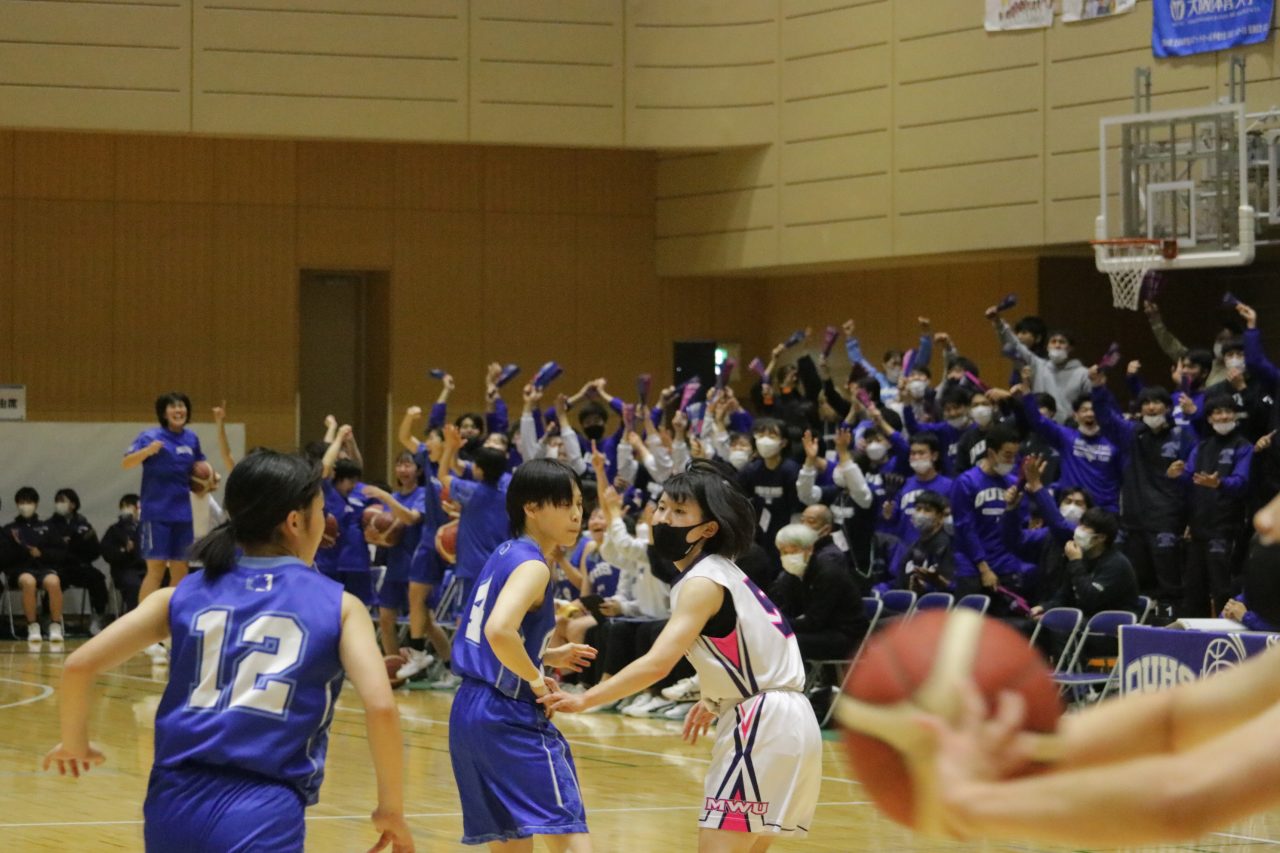 Every time a goal was scored, the cheering seats of both teams became lively. 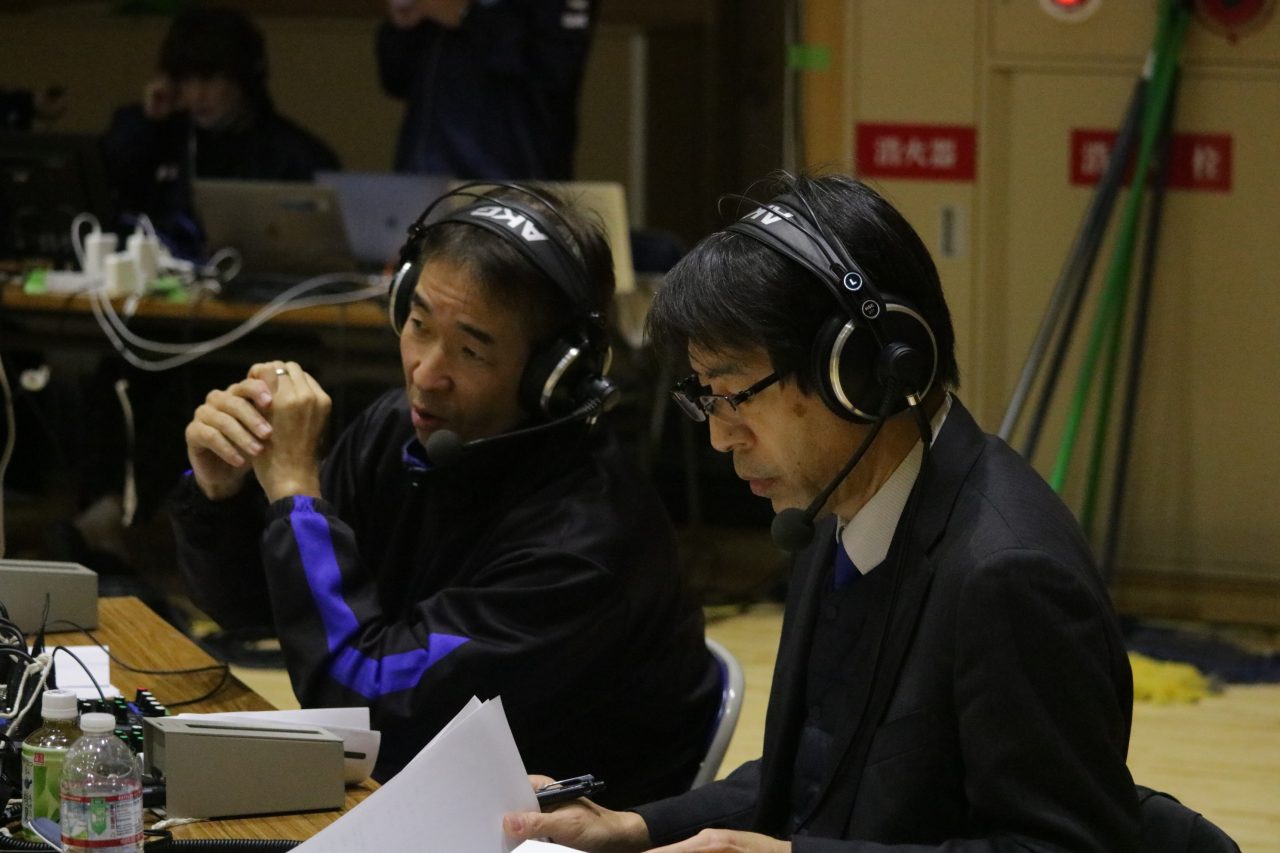 The match will be broadcast live on the UNIVAS website.Commentary by Yasushi Higa (left), the university’s male coach 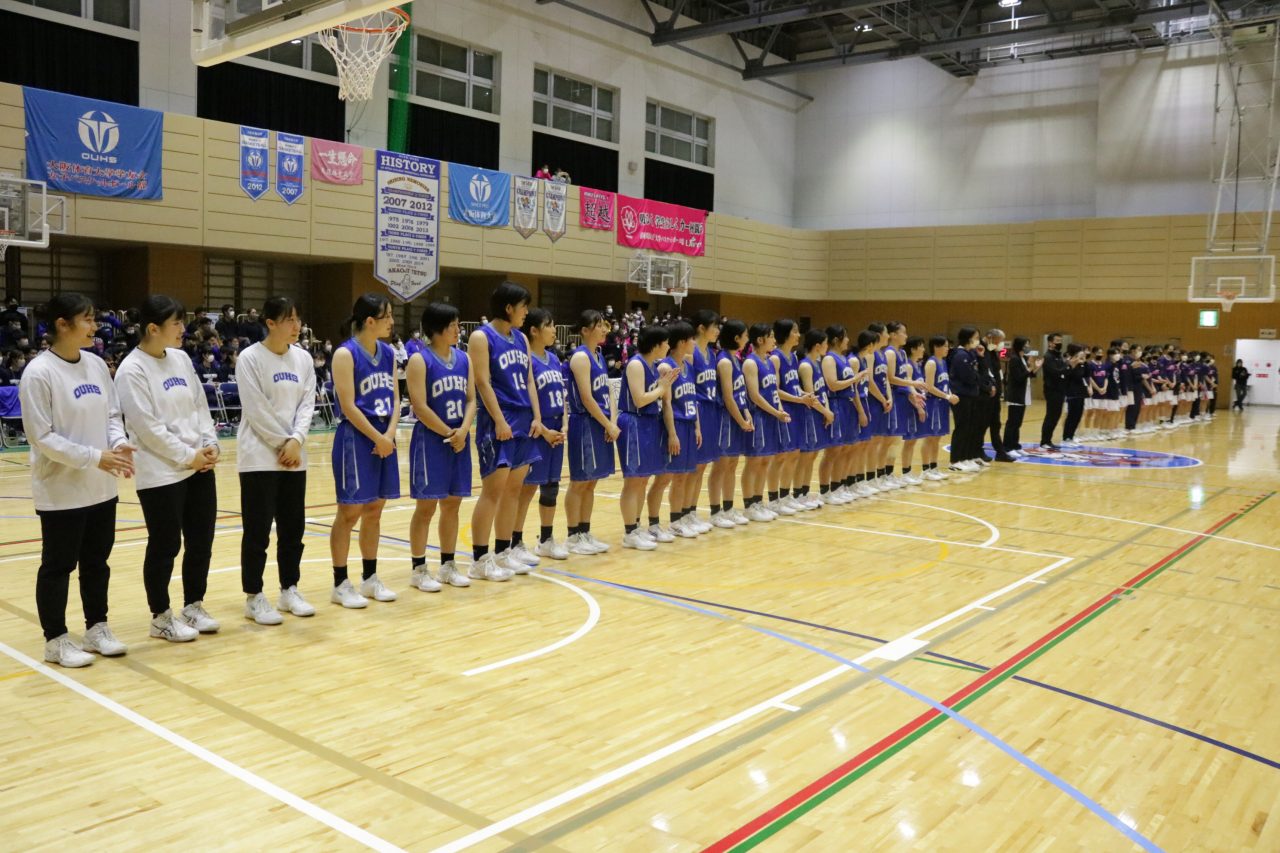 Both teams line up at the closing ceremony 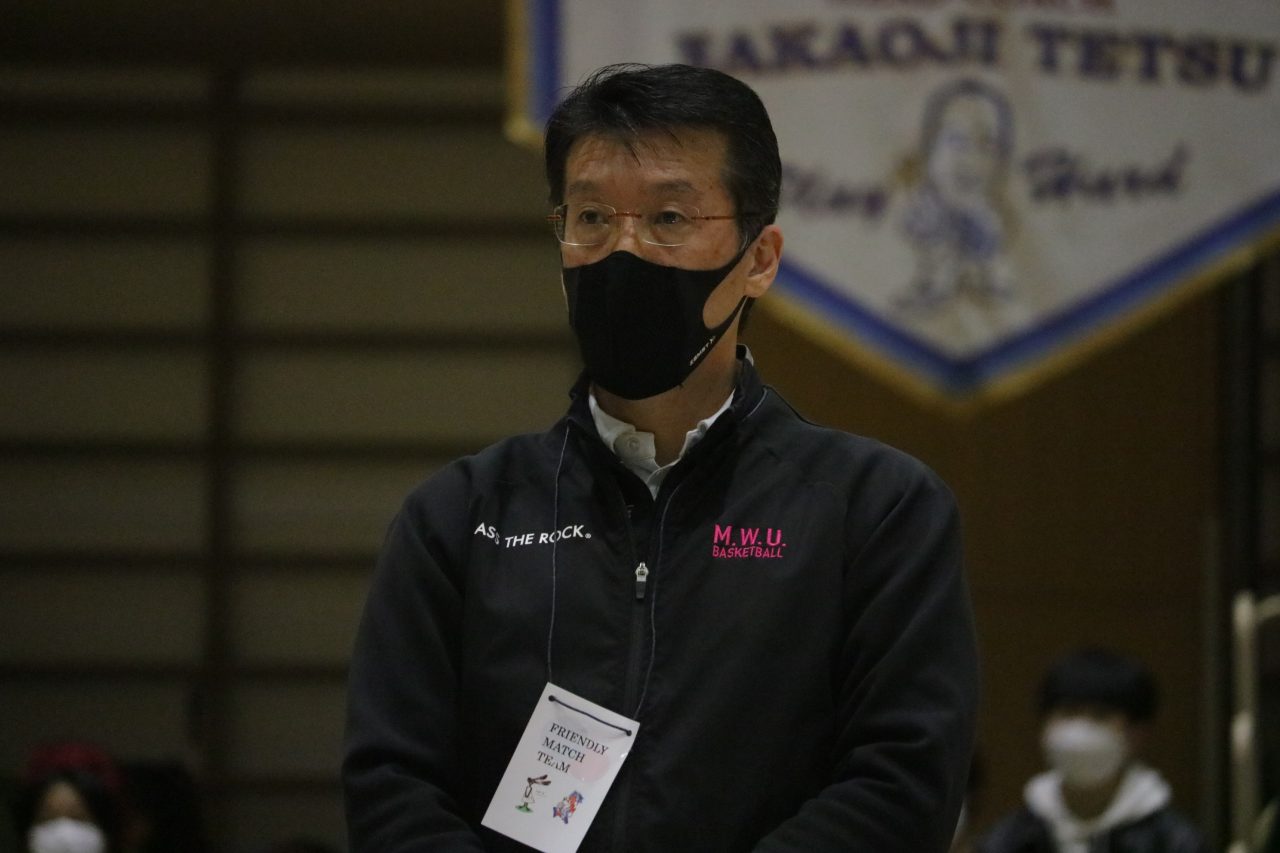 Mukogawa Women’s University’s Coach Kazuaki Sakai said, “Team B returned home to practice while supporting Team A, and I am happy that we were able to face today’s match while working behind the scenes.” 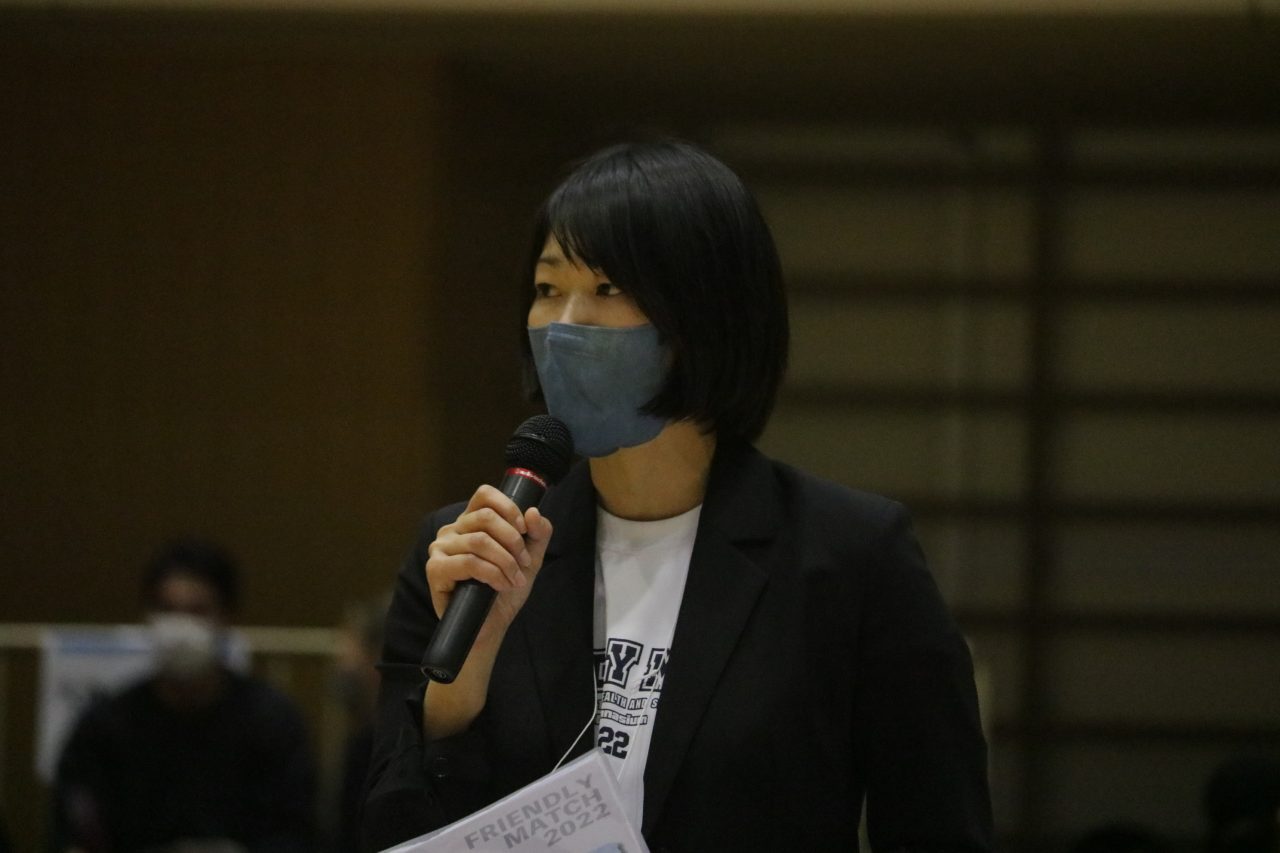 Director Naomi Murakami of the university says, “I’m overwhelmed by the support of so many people.” 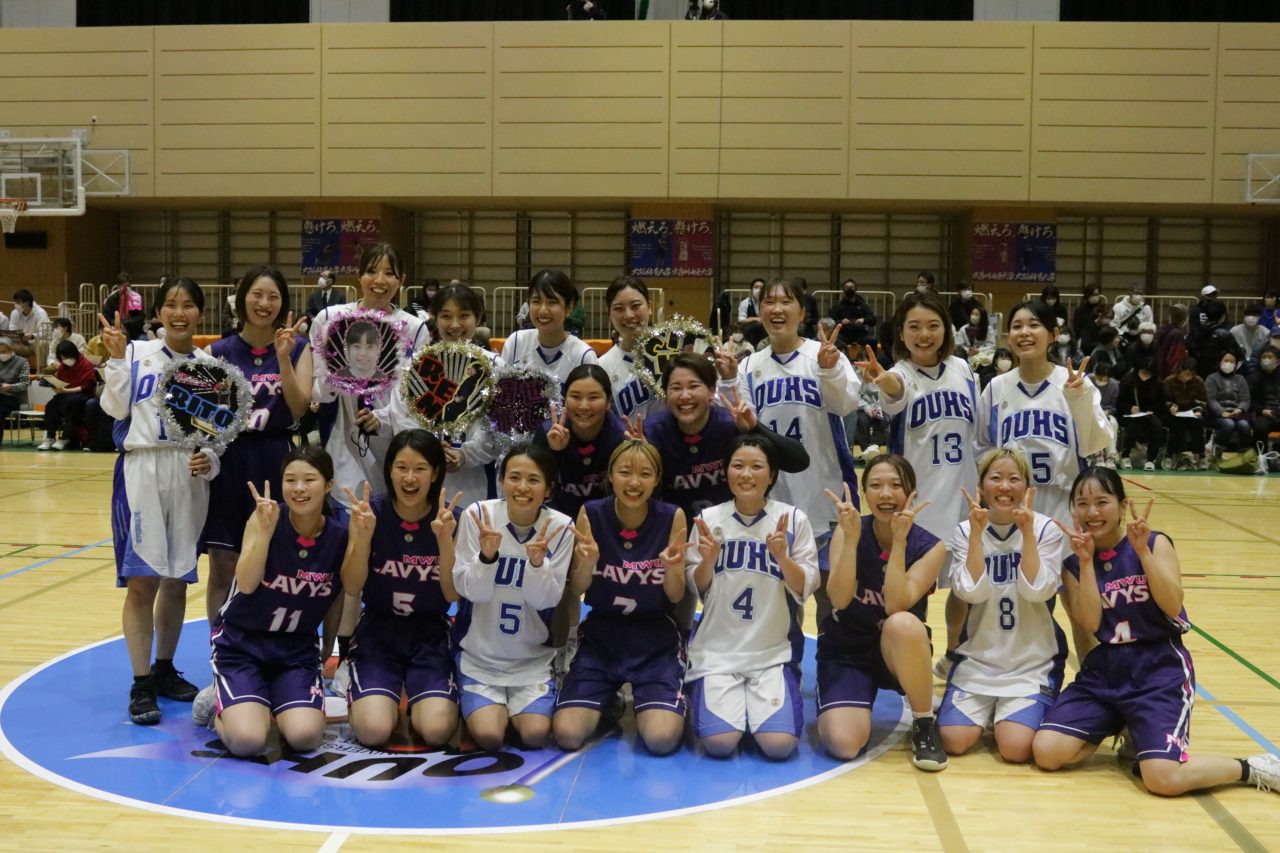 Two years ago, the day before the friendly match was canceled, a tearful graduate participated in a mini-game and recreated the phantom friendly match. 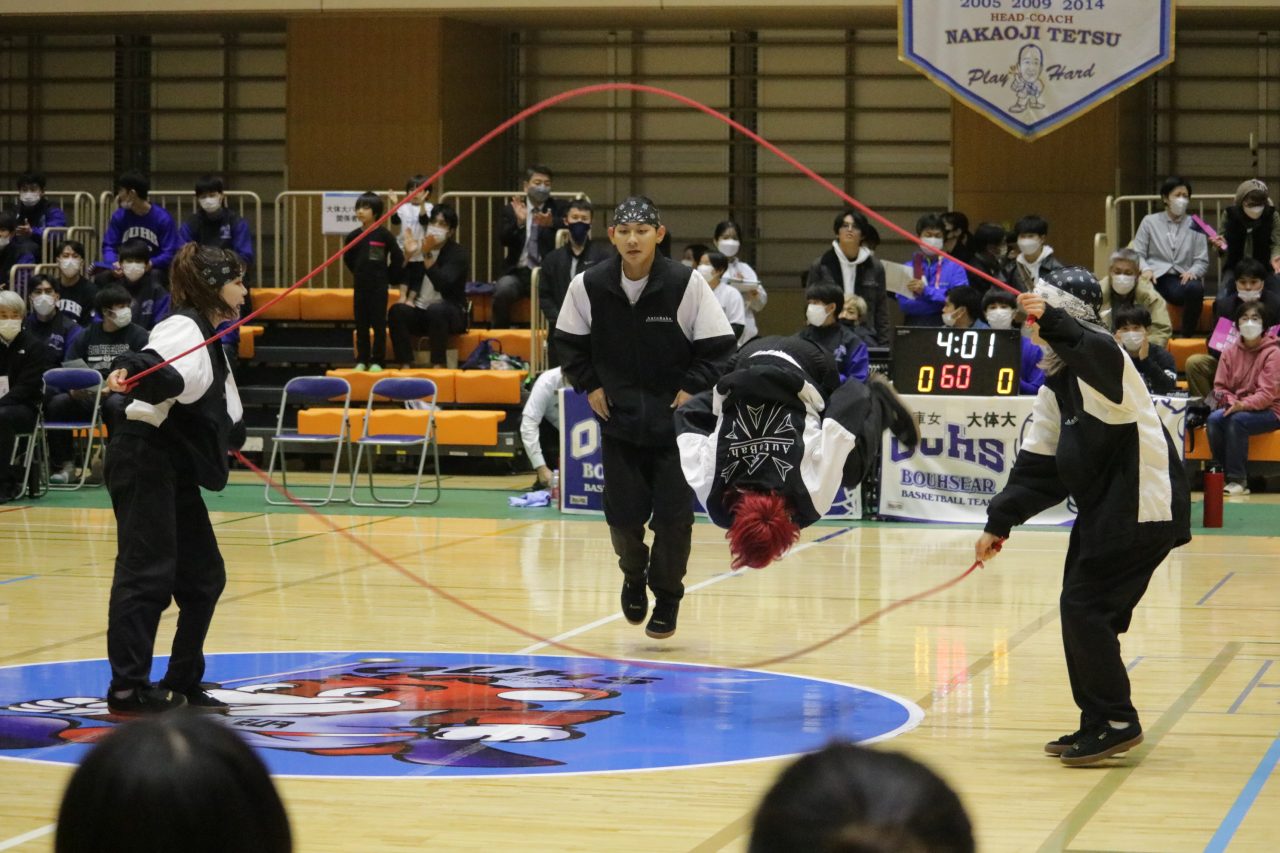 There are plenty of attractions on the day.The Double Dutch Club performing a splendid rope performance at the opening event 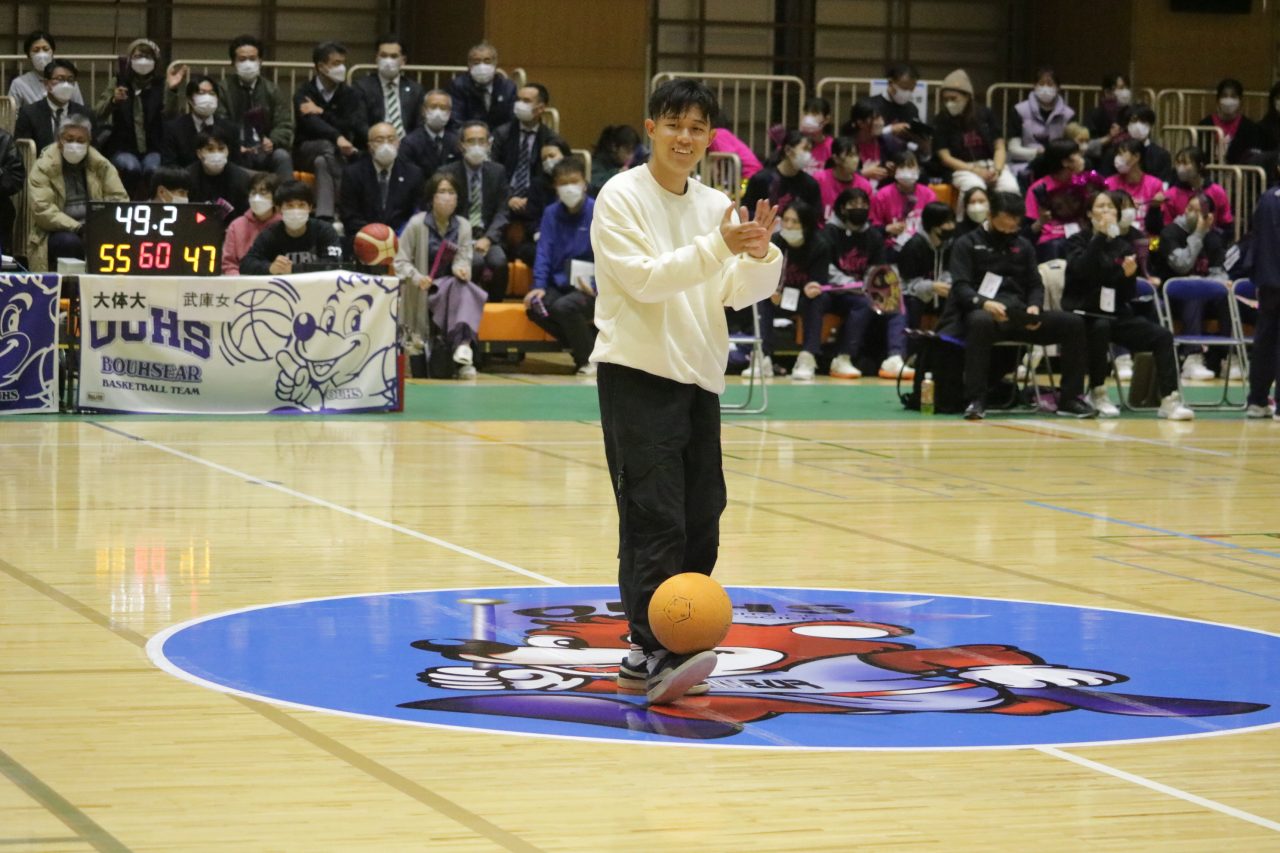 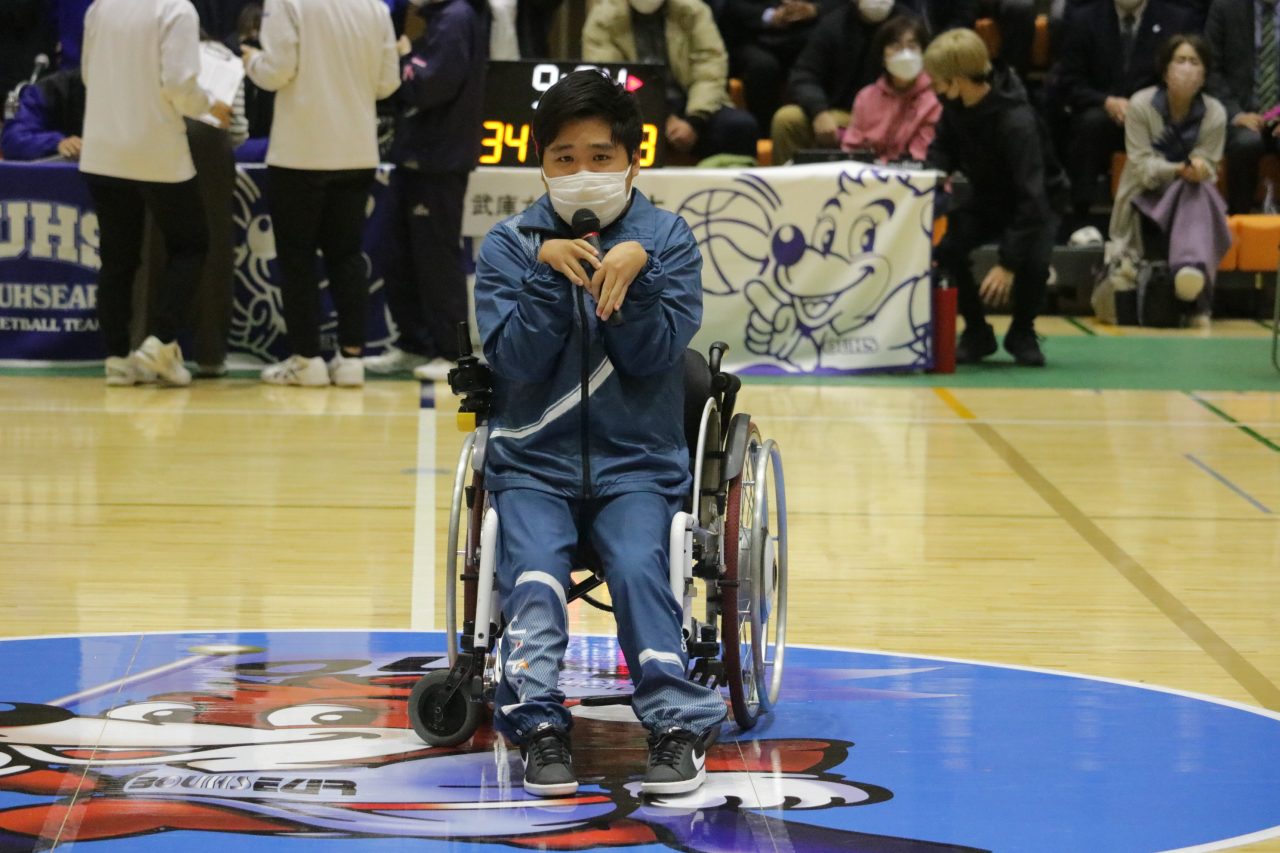 A send-off ceremony was also held at halftime. Shunsuke Uchida, a second-year student in the Faculty of Education, who will participate in the World Boccia Championships in December, talks about his determination. 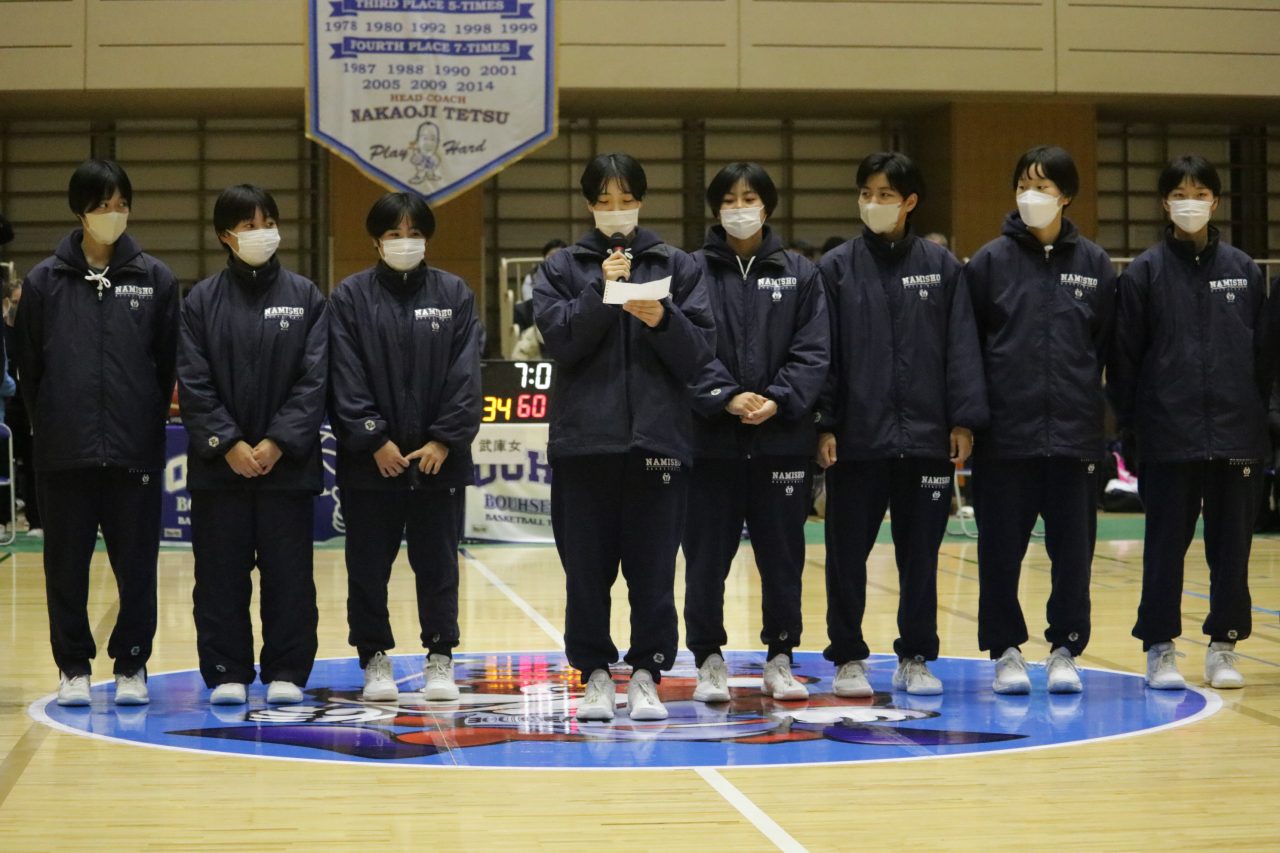