Football: Spain draw 1-1 with Germany in Group E of the World Cup. 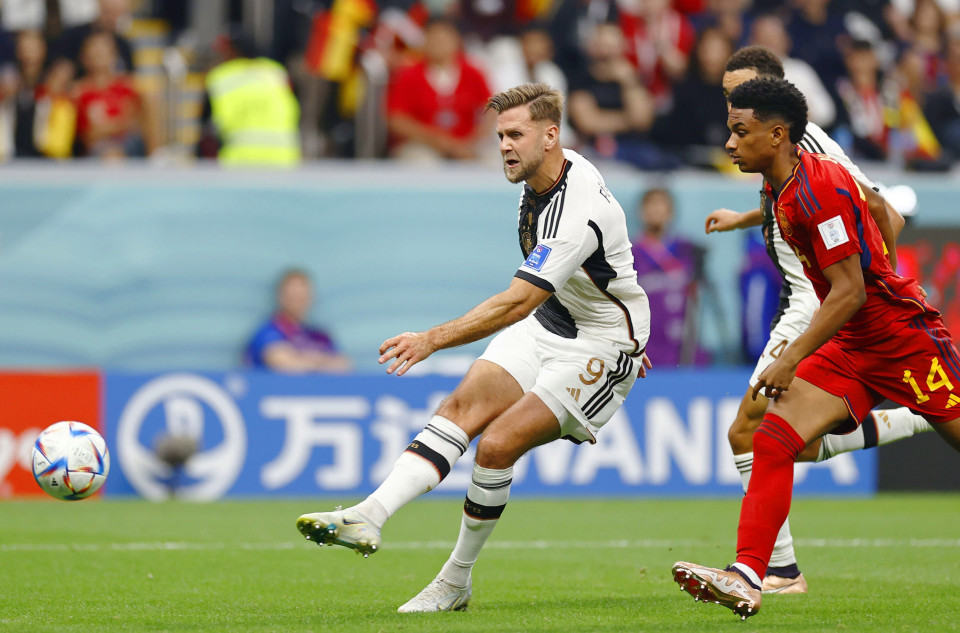 Spain and Germany drew 1-1 in their World Cup Group E encounter last Sunday in Qatar, meaning all four teams in the group still have a chance of making the knockout stages of final.

Japan’s loss to Costa Rica earlier in the day left the Japanese second in the group with three points, behind leaders Spain with four points and ahead of Costa Rica on goal difference. Germany is fourth with one point.

Germany’s Niclas Fuellkrug (L) scores the equalizer during the second half of a World Cup Group E match against Spain at Al Bayt Stadium in Al Khor, Qatar on November 27, 2022. (Essonne News)

Japan face Spain on Thursday. A victory for the Blue Samurai would be enough to qualify them. If Japan and Spain draw, Germany can qualify if they beat Costa Rica by two or more goals or if they win by one goal and score more goals than Japan against Spain.

If Spain beats Japan, they will qualify as group winners and Japan’s tournament will be over.

Germany need nothing less than a win in their last game to stand a chance.

Spain looked on course for victory against Germany when substitute Alvaro Morata scored in the 62nd minute.

The Atletico Madrid striker scored for his second game in a row coming off the bench, this time with a sublime right-footed flick from a pass from Jordi Alba.

But German substitute Niclas Fuellkrug came to his side’s rescue when he trumped Spain goalkeeper Unai Simon with a right-footed strike in the 83rd minute to snatch a point and extend his side’s life in the tournament. 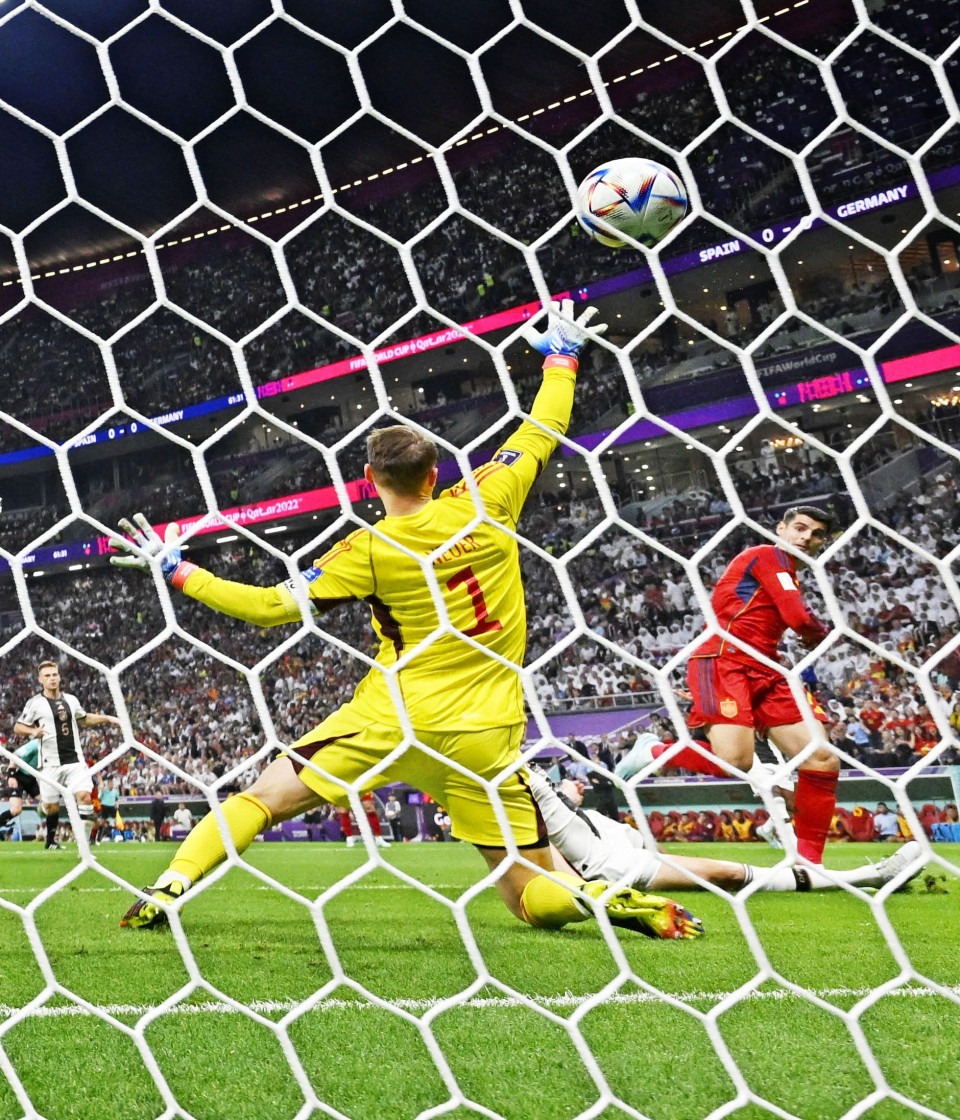 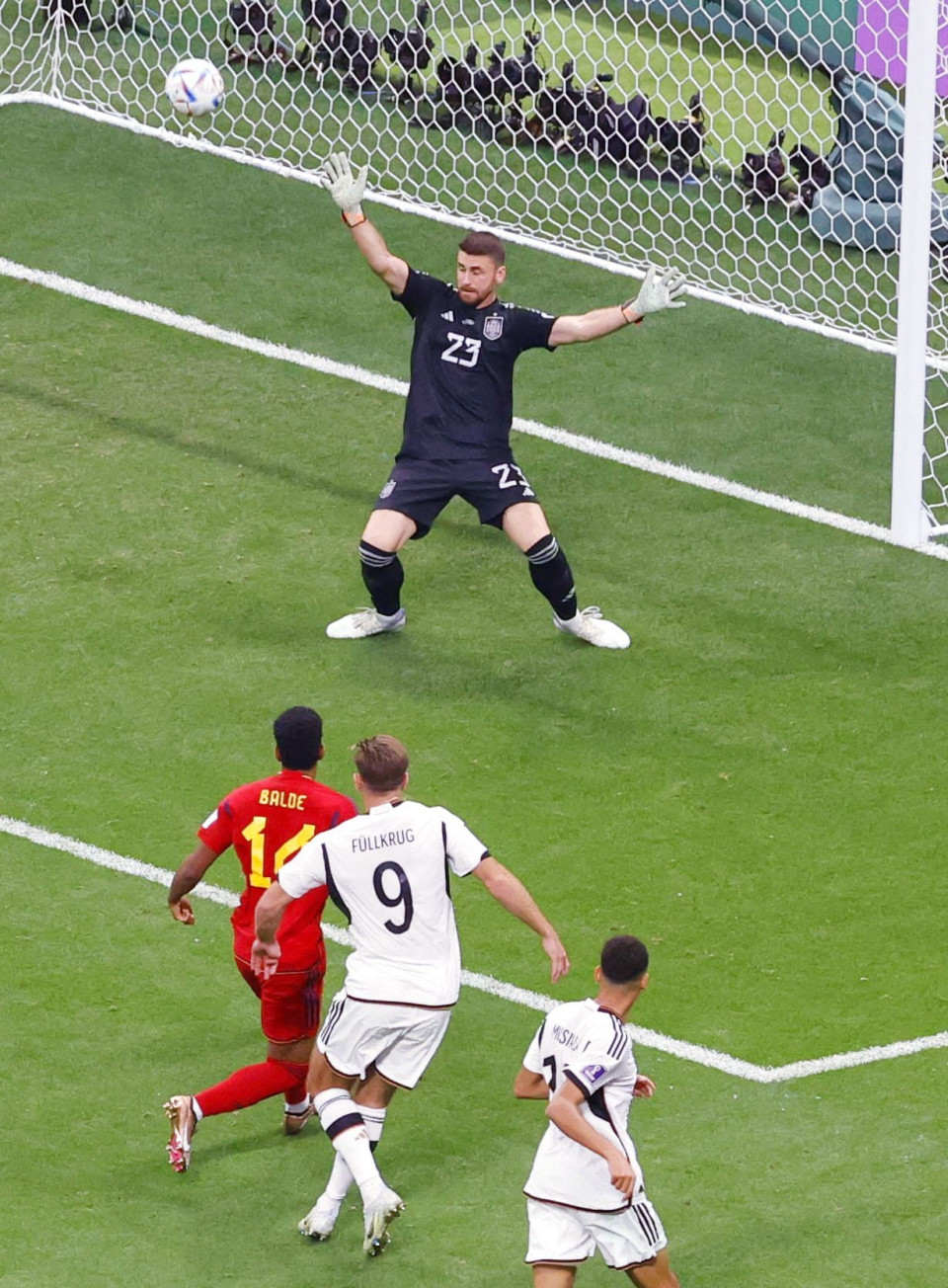 Niclas Fuellkrug (9) scores the equalizer for Germany during the second half of a World Cup Group E match against Spain at Al Bayt Stadium in Al Khor, Qatar on November 27, 2022. (Essonne News)