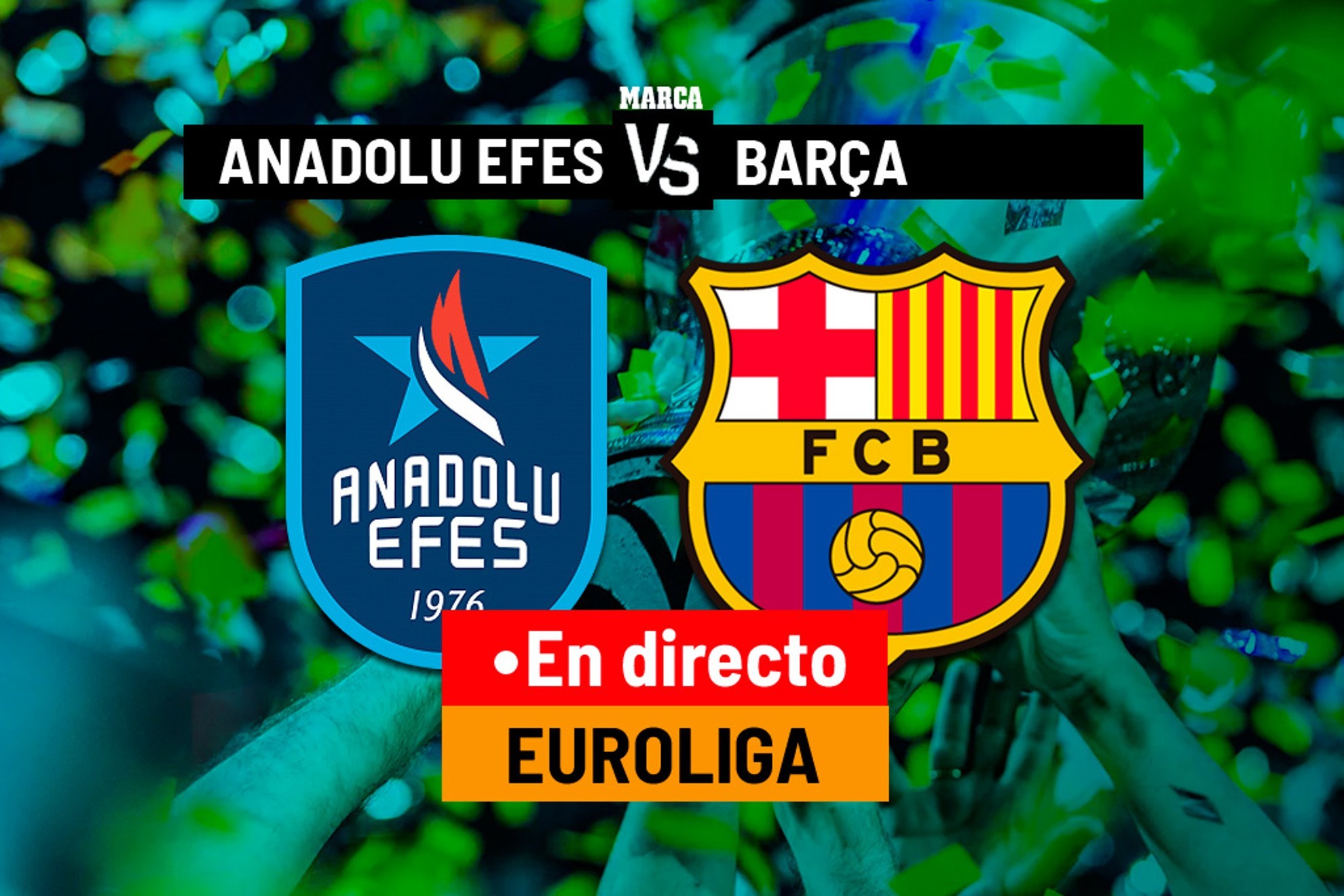 VERY GOOD TO EVERYONE!!! Today is not just any afternoon because in a few minutes a real great game will be played on the famous field of ‘Sinan Erdem Spor Salonu’. The local team, Anadolu Efes, welcomes nothing more and nothing less than Sarunas Jasikevicius and Sertac Sanli’s Barça, who returns to what was their home. The meeting will begin at 6:30 pmand then I will tell you how both teams are doing.

The Spanish team reaches the seventh day of the Euroleague with five wins and two losses in his locker, which has earned him third place in the standings. Barça arrives in Istanbul in a clear ascendant line, since it is immersed in a streak of three consecutive victories in the Euroleague, the last one on the extremely tough Maccabi Playtika court.

The Barcelona group maintains the casualties of Nikola Mirotic and Sergi Martínez. Kyle Kuricfully recovered from the blow to the head he suffered in October, has not been able to travel with the team due to last-minute discomfort in his right shoulder.

Saras Jasikevicius will meet this thursday 200 games as Barça coach. The Lithuanian coach came to the Palau bench in the summer of 2020 and is immersed in his third season as a Barça coach.

So far, in the 199 games played, Jasikevicius has achieved victory in 151 games and has been defeated in 48. Regarding competitions, Saras has directed a total of 95 games in the Endesa League (77 wins and 18 losses), 86 in the Euroleague (61 wins and 25 losses), 6 in the Copa del Rey, 6 in the Endesa Super Cup and 6 in the Catalan League.

faced will be the Anadolu Efes, who maintains a good part of the block that has led him to win the last two championships and has also added this summer to the North American foreigner Will Clyburn. Yes indeed, They are not doing a good Euroleague so far because they are fifteenth in the table after winning two games and losing five.

There is no time to lose. The first baskets will start to be made shortly, but here in MARCA.com We are going to tell you from this moment everything that happens in the run-up to this ‘Clásico’ in Europe. Be aware that… LET’S BEGIN!!!