Epic comeback for Japan over Germany 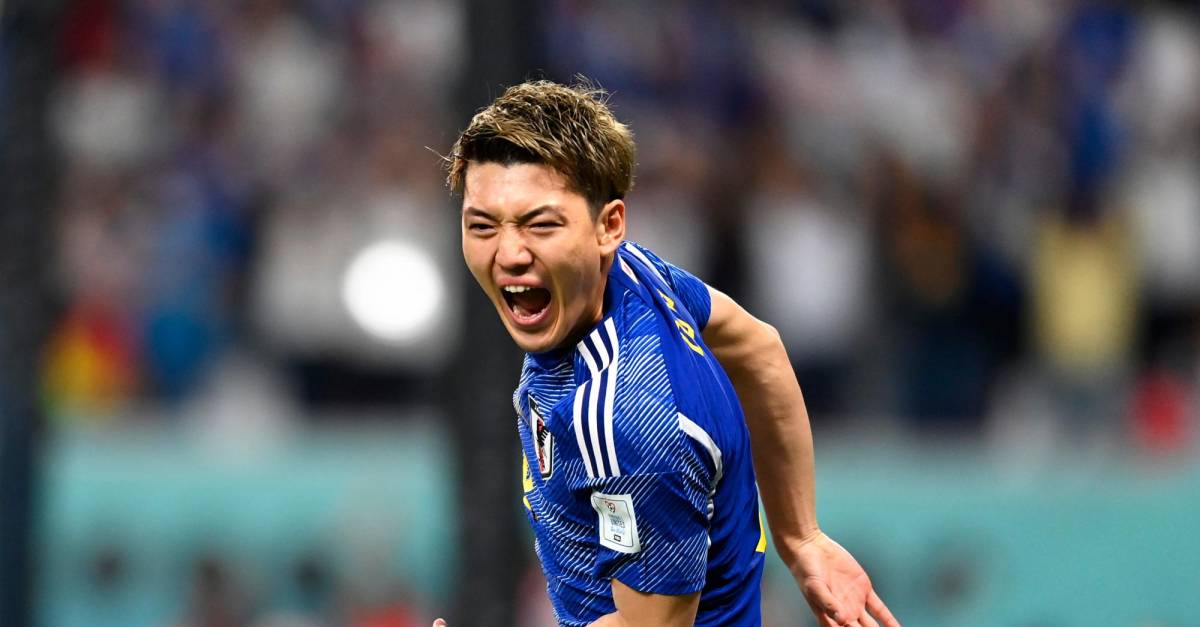 The Selection of Japan starred the second big surprise of the 2022 World Cup, after defeating four-time world champions Germany 2-1 on Wednesday, at the opening of group E.

Japan, which next to Costa Rica appears as the Cinderella of this home run, gave the surprise by overturning an adverse score and keeping the victory.

The Teutonic team went ahead on the scoreboard through İlkay Gündoğan, who scored from the penalty spot and sent his team into the break with the advantage.

But in the complementary stage, the Japanese representative surprised with his intentions to seek a tie, although the rival also generated constant risk.

Ritsu Doan he put the partial 1-1, at minute 75; while Takuma Asanoscored the final 2-1 at minute 83, after an incursion from the right, which ended with a powerful shot that went into the goal through the goalkeeper’s stick.

The first date of group E will be complemented this Wednesday (11:00 am) with the commitment between Spain and the Tico team, which is directed by the Colombian coach Luis Fernando Suárez.

The fourth day of the World Cup 2022 opened with a goalless draw between the teams from Croatia and Moroccofor him Group F.

Relive the minute by minute of the game here

The match ends with a victory for Japan over Germany (2-1).

Minutes 90+5: mid-distance shot, the Teutonic team approached with risk. The ball passed close to the goal.

Minutes 90+3: Germany goes all out on the attack in search of parity, while the rival withdraws.

Minute 90: The central judge determines that seven more minutes will be played, for replacement.

Minute 83: gooooal for Japan, who now beat Germany 2-1. Takuma Asano scored the team’s second from him.

Minute 75: goool from Japan. Ritsu Dōan put the commitment 1-1, which will have an emotional close.

Minute 73: now it was the Japanese representative who was close to scoring, but Manuel Neuer also said present and avoided the tie.

Minute 65: Germany maintains the advantage on the scoreboard (1-0), but Japan is not resigned with this result and frequently tries to venture into the rival’s premises.

Minute 60: Gundogan was close to the second for Germany with a shot that brushed the post and went wide.

Minute 51: Individual play by Musiala inside the area, who after eluding several rivals finished off on goal, but the ball went over the horizontal line.

Minute 50: Japan is not intimidated and also generates risk in the opposite goal.

Minute 47: From the outset, Germany approaches with risk and shows its intentions to extend the advantage.

Minute 46: The second half is already being played at the Khalifa International Stadium.

Minutes 45+6: The first half ends with a partial victory for Germany 1-0

Minutes 45+4: Havertz scored, but the play was ruled offside.

Minute 44: The Teutons maintain control of the ball and through different formulas you look for the second.

Minute 33: İlkay Gündoğan scores from the penalty spot and puts the German team ahead.

Minute 30: penalty for Germany after a foul by goalkeeper Daizen Maeda inside the area.

Minute 28: Gundogan tries it from medium distance, but finds the cuidapalos well standing.

Minute 20: Germany approaches with risk through a double shot, but goalkeeper Daizen Maeda responds in a timely manner.

Minute 16: the Teutonic team approached with a header from Antonio Rüdiger that went wide.

Minute 15: after the first quarter of an hour Germany still fails to assert its superiority.

Minute 8: Japan generates the first scare. The ball went into the back of the net, but the play was invalidated for offside.

Minute 1: The match between Germany and Japan began at the Khalifa International.