Wf his players can mentally cope with the constant stress as well as coach Oliver Glasner, then Eintracht Frankfurt can be optimistic about the away game at FC Augsburg this Saturday. Despite countless press conferences in the past few English weeks, the Austrian surprised twice on Friday with fresh puns when he was asked to describe the situation of his team to the media.

“The players are hungry, although they’ve had a lot to eat lately.” With this sentence, Glasner illustrated his assessment of the question of whether the team, after reaching the round of 16 in the Champions League through the away win at Sporting Lisbon (2: 1) was able to switch to everyday life in the Bundesliga last Tuesday. To prove it, he told of the training-free Thursday, when he kept his body in shape in the weight room. “I need that too sometimes.” Glasner was not alone, however, but unexpectedly received company from Almamy Touré and Evan Ndicka. “But it doesn’t bother me too much, I slowed them down,” said the trainer and added: “It gives me a good feeling that after all the stress they can come to the camp on the day off.”

The Eintracht coach used the second bon mot when he was asked to describe the grueling end-of-year sprint: “We have 45 games, and there will be 48 this year. That means we haven’t reached our goal yet. We still have the last three slalom poles. And even if you thread the last one, you’re eliminated. That’s why it’s still three times to get through the bars with concentration to reach the finish line.”

The Augsburgers are a particularly awkward slalom pole, to stay in Glasner’s image, one that breaks the rhythm and gets stuck in icy terrain. Applied to the football field, this means: The Augsburgers torment their opponents with high pressing, aggressive and intensive attacks, many man-to-man actions, with high and wide balls into the depths, which they then pursue. All things that particularly hurt Eintracht in its current state. Physically, Glasner doesn’t see any major problems, despite the game marathon, he thinks his players’ condition is good: “Praise for the medical department and the athletics department,” said Glasner.

But mentally, in his opinion, it could be difficult to get up again and again, to chase the balls and to resist the opponents in a duel. “We have to be wide awake, anticipate a lot and try to avoid duels.” All of that went wrong against VfL Bochum. In the 3-0 win over Eintracht at the beginning of October, the bottom of the table managed to break up the game into many individual actions.

And this time? “I’m curious myself how my players will implement that. I know they want it because they’re all super boys, but they can’t always make it.” Glasner tried to prevent the potential drop in tension caused by the Thursday off. The hours with the families should help to free your mind from football. “I’ve already noticed that the players were happy that they got away from each other,” said Glasner.

From pleasure to burden

In these weeks, the desire to play football can quickly become a burden. The coach describes it like this: “We’re all in a functioning mode at the moment, we’re just rattling from game to game.” So far, Eintracht has managed in a remarkable way to pull themselves together and play their game.

Against Augsburg, however, the Frankfurters have to do without one of their best. Daichi Kamada has to pass because of a flu infection. Glasner had toyed with the idea of ​​giving the Japanese a break anyway, “after I saw him get out of the elevator for breakfast in Lisbon the morning after the game. Now nature has made the decision for me”. Sebastian Rode will return to the starting lineup for Kamada, while Luca Pellegrini, Ansgar Knauff and Dina Ebimbe are three equally promising candidates for two starting eleven positions in the wing positions. Glasner has not planned rotations unless a player does not feel fit.

Eintracht could play into the cards that Augsburg have to do without two defensive midfielders. Elvis Rexhbecaj and Carlos Gruezo, who have played in all twelve Bundesliga games to date and were last seeded as a “pair of six”, each saw their fifth yellow card against Stuttgart last week and are suspended. This could make it easier for the Frankfurt team to comply with their coach’s request: “Obviously, we want nine points from the last three games.” Oliver Glasner is also still hungry. 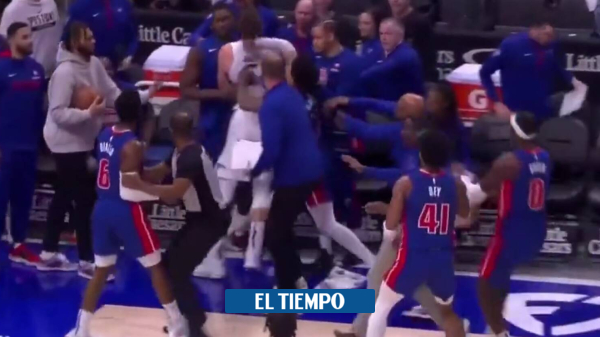