Ecuador, here is Galindez, the goalkeeper who stopped Messi 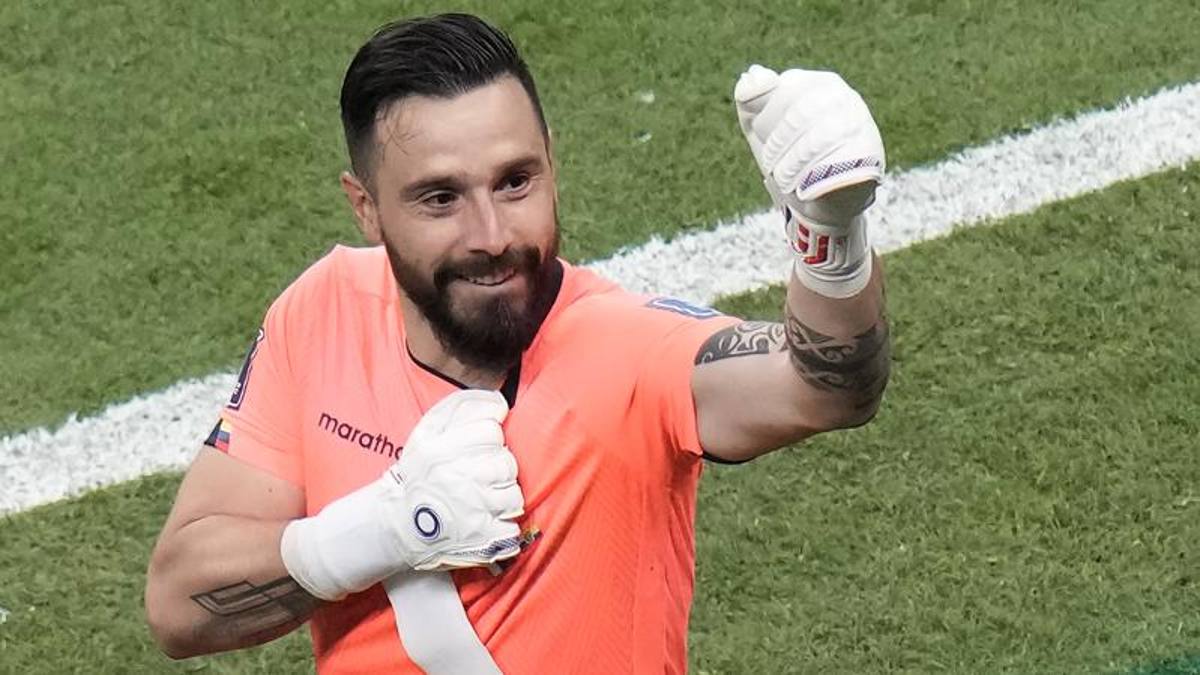 He was born and raised a stone’s throw from the Argentine champion and for beating him he won a bike. Then the move to Quito and the national team: “I’ll stay here forever”

Beat Messi and win a bike. A bike, that’s right, you read that right. One of those redheads like Ferrari to brag about at school, because when you score a couple of goals for the local starlet, you can afford it. Only in that case.

Hernan Galíndez remembers it as if it were yesterday, and if he had a DeLorean at his disposal he would return to that sunny afternoon in Rosario, Argentina, to whisper something in Leo Messi’s ear: “In 2022 we will play the World Cup with two different national teams”. Galíndez is Ecuador’s goalkeeper, he’s 35 and the same age as Pulga. After a life at the Universidad Católica he chose to represent the people of Quito, but in the 1990s he lived two houses away from Messi. “We were both from the South Zone, we played each other in all the finals. I’ve only beaten it once, and I have a nice DVD to prove it.’ Hernan keeps it as a relic. During dinners with friends, at the end of the evening, he occasionally brags about having hypnotized the King. “This is when I neutralized mini-Leo’s left…”. One with a helmet, a shirt two sizes too big and a blank, dazed look, as if he’d just fallen from a cloud. It’s partly true: a bolt of lightning, a sudden flash of genius. Leo is like that, but Hernan won that day. “And the prize was a bicycle each for all of us”. Ten children.

Galíndez, born in Rosario, has been representing Ecuador since 2021. After ten years at a high level with the Universidad he has taken citizenship. “My children were born here, I feel Ecuadorian”. Strong feeling of him. Last Sunday, in his debut against Qatar, he kept the shutter high by coming out unbeaten. This afternoon he will face Depay’s Holland. Don’t worry, because when he looks in his gloves he sees his whole journey: the tournament won with Messi, the bicycle, the missteps. Were it not for the agent he would have quit over a decade ago. Summer 2010, Rosario Central has just been relegated to B and the fans are furious. Hernan is 17 years old and is branded as one of the perpetrators. He, his brother, his grandmother and his entire family begin to receive some phone calls: “Go away, you’re useless”, “you’d better not show up”, “watch what you’re doing”. Death threats, insults. Going shopping becomes difficult. So the agent intervenes. “I found a team: it’s called Universidad, it plays in Ecuadorian B”. Hernan reflects, thinks. In the meantime, his old friend Leo has already won the Champions League: “I’ll play a couple of seasons, then we’ll see”. He’ll go 10 years later with 400 appearances and even scored a goal, scored from a penalty kick in 2017.

After a small spell with the Universidad de Chile, last year he won the Ecuadorian championship with Aucas, a historic team with a particular crest: it bears the name of an indigenous tribe. His heart leans towards the mountains: “When I stop I will stay here to live”. In 2021, after five years of waiting, he became a citizen of Ecuador. In June he made his debut against Peru. A journey that began in 2011 on tiptoe. Galíndez slept with a friend, took the bus to go to training and washed the soiled suits by himself, because the club didn’t have washing machines. All after movie scenes. In one of his first games he heard his name yelled from the stands by a fan. When he turned around he saw him hitting a sort of bar on the net, his eyes haunted. “Here’s what awaits you if you concede a goal.” Only the former he remembers fondly. A left-handed boy with bobbed hair and a 10 on his shoulders marked it. Leo.

Net of ten years as a not bad ‘portero’, he conquered Ecuador definitively in 2016, after the earthquake along the coast that cost the lives of almost seven hundred people. Galíndez distributed food to the population, helping those in need. “At that moment I thought I would never leave here.” So much so that a future in Rosario is not contemplated. His dream? Open an archery center and travel the length and breadth of the country, perhaps with a red bicycle like almost thirty years ago. Meanwhile he is at the World Cup and hopes to stay there. In the quarterfinals he could meet Messi. Reunion between old neighbors.