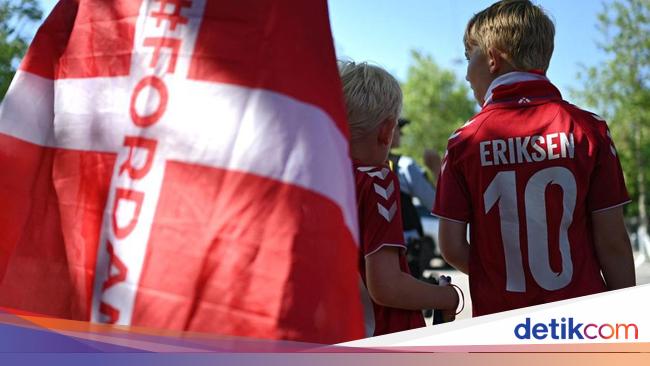 The intention of the Danish national team to wear a special jersey with the message ‘Human Rights’ during the 2022 World Cup must be dashed. FIFA forbids wearing it.

Quoted Reuters, Denmark originally intended to wear a special training jersey during the 2022 World Cup in Qatar. There will be the words ‘Human Rights for All’ on Christian Eriksen et al’s training costumes.

The jersey with a critical message aimed at Qatar was apparently opposed by FIFA. The parent of world football sent a letter to the Danish Football Federation (DBU) not to wear it.

“We received a message from FIFA that our players’ training jerseys, which read ‘human rights for all; on the stomach, were rejected on technical grounds, which is very regrettable,” DBU chairman Jakob Jensen told the Ritzau news agency.

The message brought by the Danish national team was originally addressed to Qatar. The hosts of the 2022 World Cup have come under fire for being accused of human rights abuses in their preparations.

Some reports say thousands of migrant workers, preparing for the 2022 World Cup venue, have died due to poor working conditions. Qatar itself has repeatedly denied this.

FIFA itself, still quoted by Reuters, did not comment on this news. Meanwhile, Jensen believes that the message that Denmark wants to convey is not political, but campaign.

“We believe the message of ‘human rights for all’ is universal and not a political rallying cry. It’s something that everyone can support,” explains Jensen.

In addition to the training jersey, Denmark had also prepared a special jersey for the 2022 World Cup, which will be held from November 20 to December 18. The Dynamite Team jersey will wear a costume with a monochrome design, aka the total color match.

The Danish national team, which is in Group D along with France, Tunisia and Australia, will wear the red, white and total black jersey, where the sponsor is ‘invisible’, in contrast to other team sponsors, as a form of support for migrant workers who killed and neglected during the 2022 World Cup.

Watch Videos”Take a peek at the contents of Qatar hotels and apartments that will welcome the World Cup“
[Gambas:Video 20detik]
(then/adp)