Denmark, despite handful of chances and disallowed goal Skov Olsen, did not get past Tunisia | 2022 FIFA World Cup 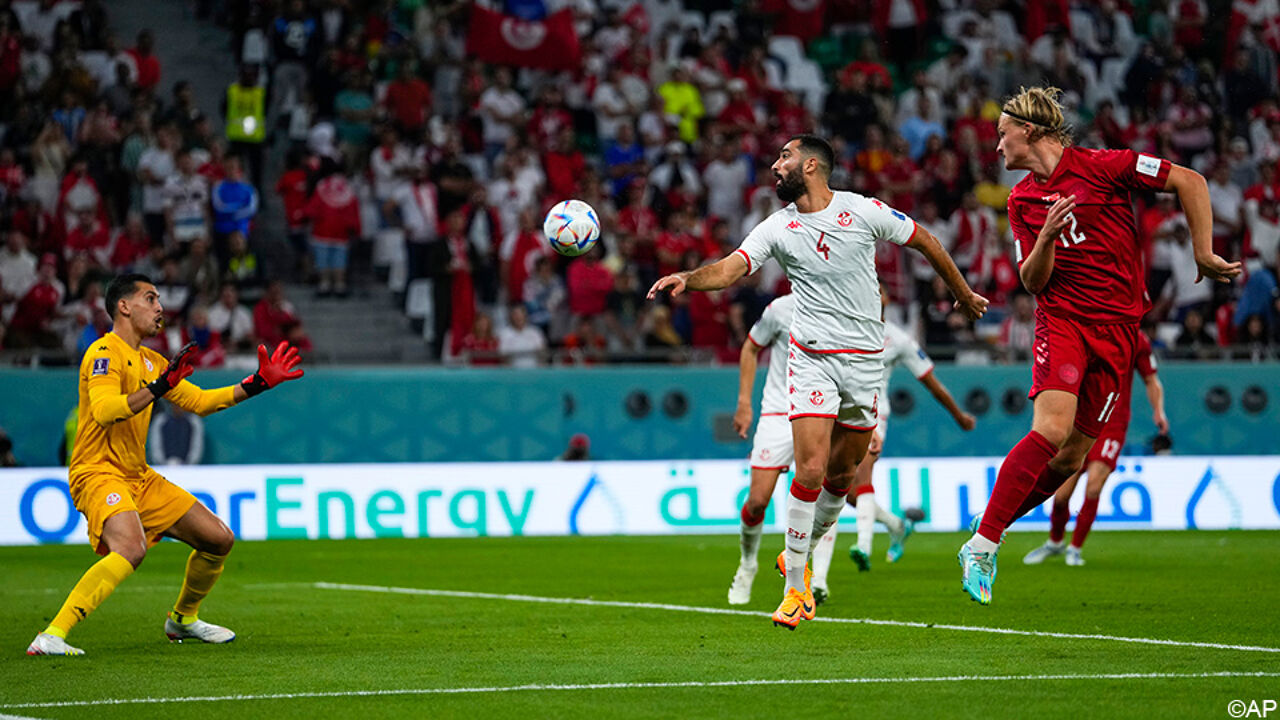 A day full of surprises. After Argentina, outsider Denmark also failed to win its opening match. The Scandinavians did not score against Tunisia. However, the Danes had a handful of good chances, but the efficiency was lacking. Club striker Skov Olsen saw a goal disallowed.

Denmark – Tunisia in a nutshell:

It became clear after a few minutes that Tunisia would not become a bite-sized chunk for Denmark. The African team started from its own strength and made it quite difficult for the Danes in the opening phase. The first danger on target also came from the African team, a deflected shot from Dräger didn’t go that far wide.

Due to the high pressure of an aggressive Tunisia, Denmark came out offensively but difficult in a messy first half. There was hardly any target danger. A hit by Jebali, who had broken through, was rightly rejected for offside, Dahmen had no problem with a long shot from Hojbjerg.

The same Hojbjerg was pushed over by Laidouni in the box shortly before half-time, but the ball did not hit the spot. A few minutes later, Schmeichel saved Denmark on the other side with a great save. Jebali came edge offside only for the goalkeeper, but he was able to touch the beautiful marker just enough.

Fierce and aggressiveness were the code words for Tunisia in the first half and after the break the team also immediately took off. After Skov Olsen lost the ball, Laidouni turned on his turbo. Only it just started to sputter in the zone of truth and the Christensen who rushed along was able to foil a great opportunity.

Denmark quickly took over command. Skov Olsen was even able to open the score, but the Club Brugge player’s goal was rightly rejected for offside by Damsgaard. Tunisia had a hard time and had to be grateful to goalkeeper Dahmen. With a great save, he parried a dangerous header from Dolberg.

Twenty minutes before the end, the Tunisian goalie again distinguished himself on a long shot from Eriksen. The ensuing corner gave Denmark the chance as Christensen headed the ball back to Cornelius, but the substitute hit the post from close range.

In extra time, Lindström just couldn’t outwit Dahmen with a surprising, far bang. It also got hot when ref Ramos had to check Meriah’s hands, but the ball didn’t hit the spot for the Danes. They miss their start with a scoreless draw, for Tunisia it is another point won.