Brazil at the World Cup: with patience and acrobatics 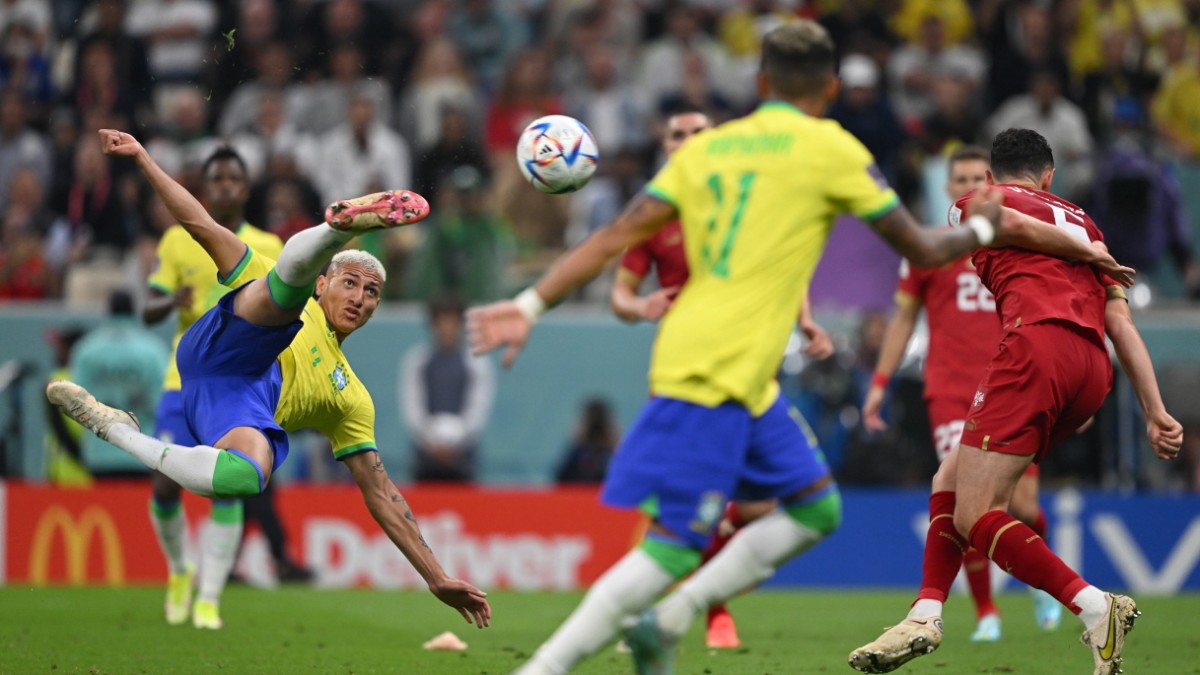 In a year as Brazil lost some of its national culture’s most important references, the grandiose singers Elza Soares and Gal Costa, the country seems set to reclaim another part of its popular culture: the beautiful game, the beautiful game. On Thursday it lasted against extremely stubborn Serbs. But in the end there were scenes that made more than 80,000 people in the Lusail Stadium cheer – especially Richarlison’s dream goal to make it 2-0. The Brazilians have thus continued their streak: they have not lost a World Cup opening game for 88 years.

The only worries concerned Neymar Jr., who was substituted in the 79th minute after lying on the ground in pain. He cooled his wounds with ice, while in the stands a number of fake Brazilians, locals with canary-yellow shirts, acknowledged the last ball relays of the game with shouts that sounded like long-drawn-out oles. According to his team-mates, Neymar Jr. received immediate ankle treatment in the dressing room. “I hope it’s nothing serious,” said defender Alex Sandro. Team doctor Rodrigo Lesmar revealed in a post-match press conference that Neymar received a severe blow to the ankle. He is already being treated. You will wait for the next 24 to 48 hours, possibly also take X-rays.

The Serbs made two things clear from the start: that they would only push the game forward in exceptional situations and that they would concentrate on defending their own penalty area. And that they would intimidate the opponent with a firm foot. As if they were the European relatives of the Paraguayans and the game was not taking place at the Lusail Stadium but at the Estadio Defensores del Chaco in Asunción. They received their first yellow card after just six minutes.

After the change, the Brazilians improve – Alex Sandro hits the post with a long-range shot

For their part, defensively, the Brazilians were up to the challenge of a team of counterattackers. The Brazilian defense radars worked well; the defense overall was focused and alert. The few trips over the center line of the Serbs were not meant to be a few Liquor interject to calm down. Only: In the game forward, Brazil failed to make the promise promised by the line-up.

National coach Tite had sent an eleven onto the pitch that observers at home described as the most offensive Brazilian World Cup team since Spain 1982. Up front, Vinícius (Real Madrid, left) and Raphinha (FC Barcelona) occupied the wings; Richarlison (Tottenham) acted centrally. Behind them, Paquetá (West Ham) and Neymar (PSG) tried to structure the game. The most striking scene of the entire first half was not due to creativity, but to a standard situation: in the 13th minute, Neymar almost converted a corner directly; Serbia goalkeeper Vanja Milinkovic-Savic, who had left the line to intercept a cross that didn’t come, managed to rush back in time.

Otherwise danger was only latently noticeable. For example: Vinícius Jr’s spectacular performances, or after a one-two from Paquetá and Raphinha. The winger, however, could not put pressure on the ball with his weaker left foot, Milinkovic-Savic parried.

After the break it was Raphinha again who missed the game’s best chance so far. He was eye to eye with Serbia’s goalkeeper Milinkovic-Savic – and put the ball over the goal instead of putting it down on Neymar. Shortly after the Serbs took their first corner of the game, left-back Alex Sandro tried a shot from 30 meters – and scared the Serbs: the ball slammed against the left post. Two minutes later, drums rang out, transforming the Lusail Stadium into an Arabian sambodrome: Richarlison dusted off after Neymar had disoriented half the Serbian defense with two or three hip shakes – and Vinícius shot so hard that Milinkovic-Savic took the ball with one hand could only high five.

After the 1-0, the South Americans are happy about the space they can enjoy

The hit had its effect. To the Serbs, who suddenly discovered that once you crossed the middle line, you didn’t go into the dreaded desert without water supplies. And the Brazilians, who now had bigger spaces to showcase their talent. And that meant that the Brazilians produced what is possibly the most beautiful goal of the World Cup so far.

Vinícius hit the ball with the three outer toes of his right foot towards the penalty spot from the left and there Richarlison turned into an acrobat. He lifted the ball up with his left hand, turned around his own axis and sank it in the lower left corner with a side kick. In Brazil it has always been called a great goal, a dream goal. After that, Casmiro hit the crossbar; Rodrygo almost followed suit. But above all, the romance between Richarlison and the goal gives the Brazilians hope: the last time a Brazilian had a top scorer at the World Cup was at the 2002 World Cup. Back then, Brazil – in the final against Germany – won the fifth world title of their World Cup -Story.