between retirement and her quest for gold, Anaïs Chevalier-Bouchet decided 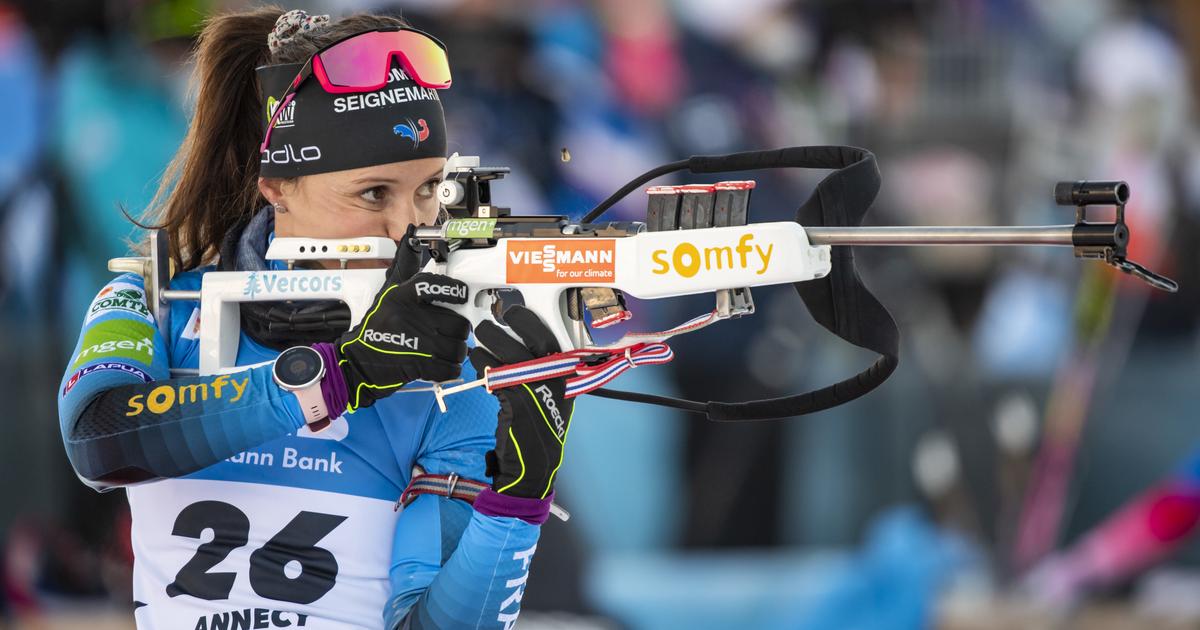 Double silver medalist at the Beijing Games in February 2022, the biathlete, also the mother of a little girl, hesitated to continue her career. Before leaving.

The post-Olympic Games is often a complicated stage for an athlete. Especially arrived at a certain age, and at a certain moment of his personal life. At 29, Anaïs Chevalier-Bouchet certainly still has many good years ahead of her in biathlon. All the more so after a season that she finished 5th overall in the World Cup – the best performance of her career – and with two Olympic silver medals around her neck from Beijing. But besides that, the young woman also has a little girl, Emie, now 3 years old, who always waits for her to return home after a World Cup stage. A wonderful reason – in addition to an already well-stocked track record – to put away the spatulas and the rifle to devote himself to a new stage in his life. However, the Iséroise decided, at the end of a spring filled with intense inner questioning, to set off again for a ride…

«If I had stopped, clearly, it would have been for my family, but also because I fulfilled the goal I had set for myself at the Olympics“, she confided to us at the beginning of October. “Nevertheless, I felt that I still had two or three little things to do, to scratch to be even more efficient. I felt deep inside me that I still had a little room for improvement to become better, and I try to put everything in place to achieve this. And then I only have one victory in the World Cup in an individual event, and no title of world champion.»

The Oberhöf World Championships in the sights

A flaw in her record that she intends to fill during the World Championships in Oberhöf (from February 8 to 19, 2023). “This will be one of the main objectives of my season. I’ve had silver and bronze medals (three each) in the world before, but never gold. This necessarily tickles my pride a little. Many times I didn’t miss much to turn silver or bronze into gold. A missed shot, a few extra seconds on the skis… I feel like I can go get that, that I haven’t gotten to the end of it yet. I have already accomplished good things, I have good bases but I lack the little touch of madness. I wanted to dig deep to make sure I had no regrets when I quit.»

Read alsoOlympic Games: “I’m a little high”, Anaïs Chevalier-Bouchet on her cloud after her silver medal

Another reason that prompted him to pursue his career was the arrival, at the head of the technical staff of the French women’s team, of Cyril Burdet, who previously coached the sprint team in… cross-country skiing. “The arrival of Cyril marks a small upheaval“, she admits. “I told him that I was ready to change things – not all but a part – that I was ready to be pushed around. It’s something I had never asked before because I was pretty sure what I wanted to do. There, I said to myself that if I left, it was to be better and for that, I had to be turned upside down, disturbed. And Cyril does it very well, both mentally and physically. But that’s fine because that’s what I want. The challenge is really hard but it allows you to go to training with extra motivation.» Burdet that she waits a bit like the messiah since she considers that her room for improvement is greater on skis than on the shooting range. “The shooting, overall, is in place. I know how to get the resources when it is necessary to put the important balls. The room for improvement is more on the skis, on the race strategy… The fact that Cyril comes from the group of sprinters, it was the perfect opportunity for me to work differently.»

From the top of her 5th place in the world, Anaïs Chevalier-Bouchet will be the headliner of French women’s biathlon in the absence of the Olympic champion of the mass start Justine Braisaz, on maternity leave this season. “This spring, I found that Justine had questions that were a little too biased to be totally innocent», smiles the Iséroise. “I think she took the time to really think about it. She saw my example or that of Marie Dorin-Habert before. I feel her very serene in her choice. Besides, she herself told me that she felt no stress about it. And she is right to have made this choice because it feels good to cut, to get out of this environment a little.“An experience that Anaïs Chevalier-Bouchet had lived at the same age – 26 years old – as her teammate, and that she lived well. “The Ski Federation gave me the opportunity to take a year off and restore my status upon my return, which was very important to me. Knowing that I wouldn’t lose the hard-earned place in previous seasons gave me some peace of mind. Afterwards, for everything concerning private partners, sponsors, there are no rules. Each case is more or less different. Me, I was lucky that they supported me. So everything went well for me. I can see that in other disciplines, it’s less the case but personally, I have no right to complain. The Ski Federation did what was necessary for me to live this moment well, as it had also done for Marie (Dorin-Habert).»

As for knowing if the Anaïs mom is different from that only athlete of the beginnings, the biathlete does not think it. Or more. “I felt that I had changed the first year that I returned to the circuit. I had a lot more perspective on the sport, and at the same time more motivation because I wanted every event I took part in to really count. If I was away from my daughter, I had to do it to perform, not to finish 15th or 20th. And then finally, the more the years pass, the more we fall back on who we were before. At one point, I had become very emotional, probably due to hormones, but there I became the normal Anaïs again, perhaps not totally identical to the one I was before because becoming a mother changes all the same, but not far away.»

An Anaïs who, however, refuses to see further than the coming season, and which opens this Wednesday for women with an individual (1:15 p.m.) in Kontiolahti, Finland. “For the moment, I have not yet made my decision whether I will go back to a full Olympiad“, she lets go. “I want to take it year by year and take stock each time. It’s a little too hard for me today to project myself into 2026.“The year in which the next Olympic Games will take place on the side of Milan and Cortina D’Ampezzo, and where she could try to do better than the bronze of the women’s relay in 2018 in Pyeongchang, and the silver of the individual and the 2022 mixed relay in Beijing. “In Beijing, I wanted to leave with two medals, one in the individual and the other in the relay, which was done. I don’t feel like it’s unfinished. That’s why the decision I made in the spring wasn’t easy because I’m already proud of my record and I wondered if it was worth starting again.»

Before concluding, as a true competitor that she is: “I do not spit on what I did, far from it. But at the same time, in Beijing, I was only 9 seconds from gold, which is nothing over 45 minutes of racing. I can’t help but tell myself that it could have gone in my favor, even if it could also have gone the other way and I would have finished at the foot of the podium. Simply, I feel that I am just missing a little thing and as I am a perfectionist who likes challenges, I had to continue.»