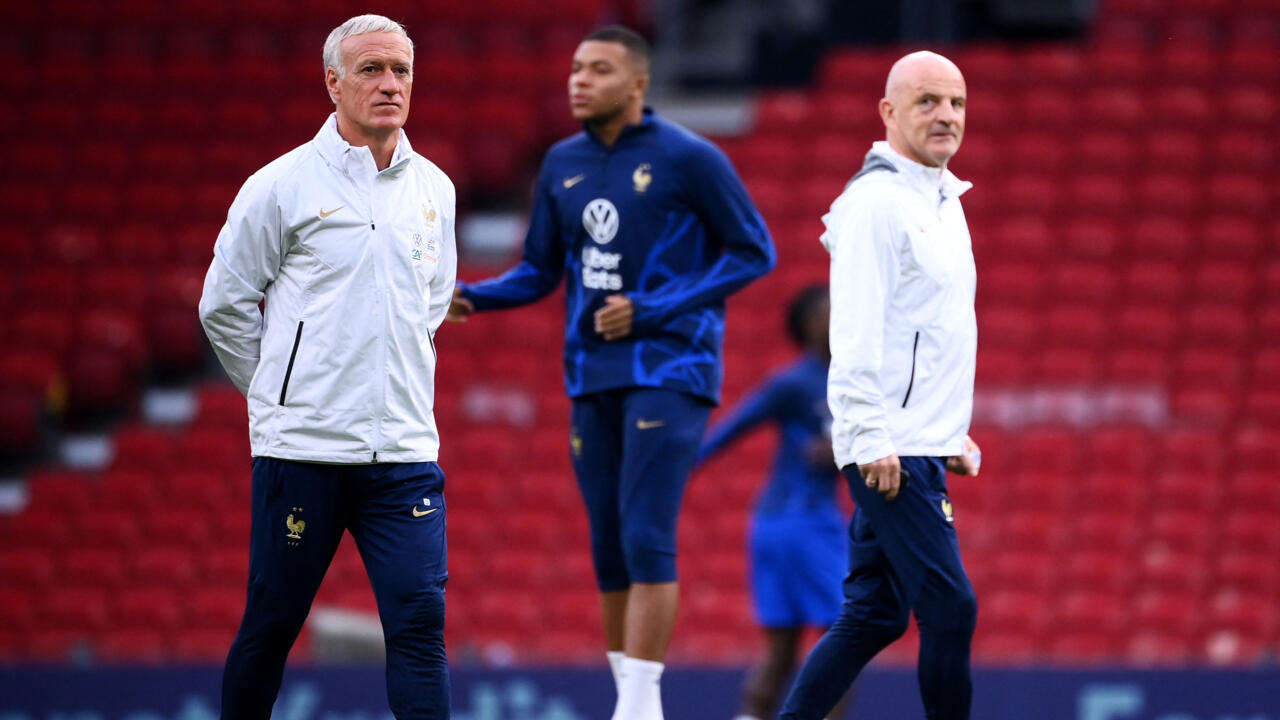 The FIFA World Cup is approaching. Didier Deschamps must unveil Wednesday evening the list of Blues who will fly to Qatar to defend the title of champion. But between the avalanche of injuries and the poor form of some, the French coach will have to do with the means at hand.

Who will be traveling to Qatar? The avalanche of injuries among the Blues has thrown the blur on the list that coach Didier Deschamps will announce on Wednesday November 9 at 8 p.m. (Paris time) on TF1 for the World Cup-2022.

Asked repeatedly about the number of players he will take to Qatar, the boss of the France team has never answered clearly: “I have a certain margin between 23 and 26. At Euro-2021 , there were 26 of us, we had injured players and luckily Adrien [Rabiot] was there to compensate [le poste de latéral] to the left. But that’s not why we will be stronger: there are still eleven places left on the ground”, explained Didier Deschamps in September

Barring last-minute injury, Hugo Lloris is indisputable as a goalkeeper in the eyes of Didier Deschamps. He is the captain and his right-hand man. It is not his relative poor form since the start of the season at Tottenham (15 goals conceded in 11 matches since the last gathering of the Blues) that will change the coach’s mind.

Behind, goalkeeper positions number 2 and 3 are more open. Mike Maignan, the usual understudy, has been on the flank since September 22 and no one knows if he will be operational in time. His absence would therefore leave two places available for three candidates: Steve Mandanda (Stade Rennais) would be the choice of experience whileAlban Lafont (FC Nantes) and Alphonse Areola (West Ham) would have the advantage of preparing for the future. Note that the latter was already on the trip to Russia, which could be a slight advantage.

Both affected in recent weeks, Raphael Varane (Manchester United), in the thigh, and Presnel Kimpembe (Paris Saint-Germain), with the Achilles tendon, hope to be restored in time, but they remain fragile, especially the Parisian injured more recently. By their side, the world champions Benjamin Pavard (Bayern Munich), Lucas Hernandez (Bayern Munich) and his brother Theo (AC Milan) are expected.

Unless there is a huge surprise, he will be present in Didier Deschamps’ list, which will be announced on Wednesday 🔜 pic.twitter.com/DzZZHrKM98


Jules Kounde (FC Barcelona), who had a rocky fall at the club due to a recurring thigh injury, should be available, but will not play a match again until the World Cup.

For the last two or three places, on the other hand, the battle rages between the potential doubles. The position of second left side will be played between Ferland Mendy (Real Madrid) et Lucas Digne (Aston Villa). The latter, recovered from a fatigue fracture, scored a goal from a free kick against Manchester United.

To the right, Jonathan Clauss (Olympique de Marseille) could bear the brunt of a tactical reshuffle by Didier Deschamps and a return to defense in 4, despite his string of good performances with the Blues and OM.

The magic doublet that carried the Blues in 2018 will not be on the trip: N’Golo Kanté – The Best Of N’Golo Kanté (Chelsea) et Paul Pogba (Juventus) have both withdrawn due to hamstring and knee injuries respectively.

Adrien Rabiot (Juventus), who finally confirms his potential with the Old Lady, should take up the torch, just like Aurelien Tchouameni (Real Madrid). His teammate Eduardo Camavinga (Real Madrid), which oscillates between selections with the Hopes and the A, could also be on the trip. Its status could also benefit Youssouf Fofana (AS Monaco) with which he built automatisms in the Principality club.

It is on the Marseille side that Didier Deschamps could find the bulk of his midfield troops. Jordan Veretout (Olympique de Marseille) and Matteo Guendouzi (Olympique de Marseille) constitutes a combat-ready doublet for the former club, despite their recent disappointments in the Champions League. And the “Desch'” could also have the unexpected reinforcement of Boubakar Kamara, another former member of the house now at Aston Villa. Announced forfeit, he finally resumed competition last weekend.

On their side, Steven Nzonzi et Blaise Matuidi disappeared from the radar by going into exile respectively in Qatar and MLS [la Major League Soccer aux États-Unis]while Corentin Tolisso struggling to continue since his return to Olympique Lyonnais due to a recurring injury to the left thigh. However, a chef’s surprise is always possible.

– Also on waivers: Tanguy Ndombelewhich has been reviving in an imperial Napoli since the start of the season.

The front of the attack is the one that presents the least uncertainty for the Blues. Kylian Mbappe (PSG) will hold its place, just like Antoine Griezmann (Atlético Madrid), who should have the advantage of having more freshness than his comrades because of his incredible start to the season (until an agreement between Atlético Madrid and FC Barcelona, ​​​​he only played thirty minutes per game). Karim Benzema (Real Madrid), Ballon d’Or 2022, on the other hand, is starting to worry: his discomfort in the left thigh takes time to subside, he was still forfeited on Monday against Rayo Vallecano. Carlo Ancelotti, however, assures that he will be put back for the last game before the break on Thursday.

Behind these indisputable candidates, there are many: Christopher Nkunku on fire with RB Leizpig, and Kingsley Coman (Bayern Munich) are on track to play their first World Cup, Ousmane Dembele (FC Barcelona) is applying to participate in a second.

remains the case Olivier Giroud. The center-forward of AC Milan, second top scorer in the history of the Blues, is untenable in club despite his 36 years. But Deschamps refuses, since the Euro, to call him at the same time as Benzema, believing that a player of this status can hardly accept a role of understudy without making waves. But with a squad plagued by injuries, having a player with his experience to coach could be tempting for the coach.

Zlatan: “Giroud in the national team? Yes. He is a winner, a serious person. He’s not someone who’s going to give you 40 goals a year, but he brings something to the team that few bring because he’s not self-centered on the pitch. He plays for everyone” pic.twitter.com/kuCtlEYvbu