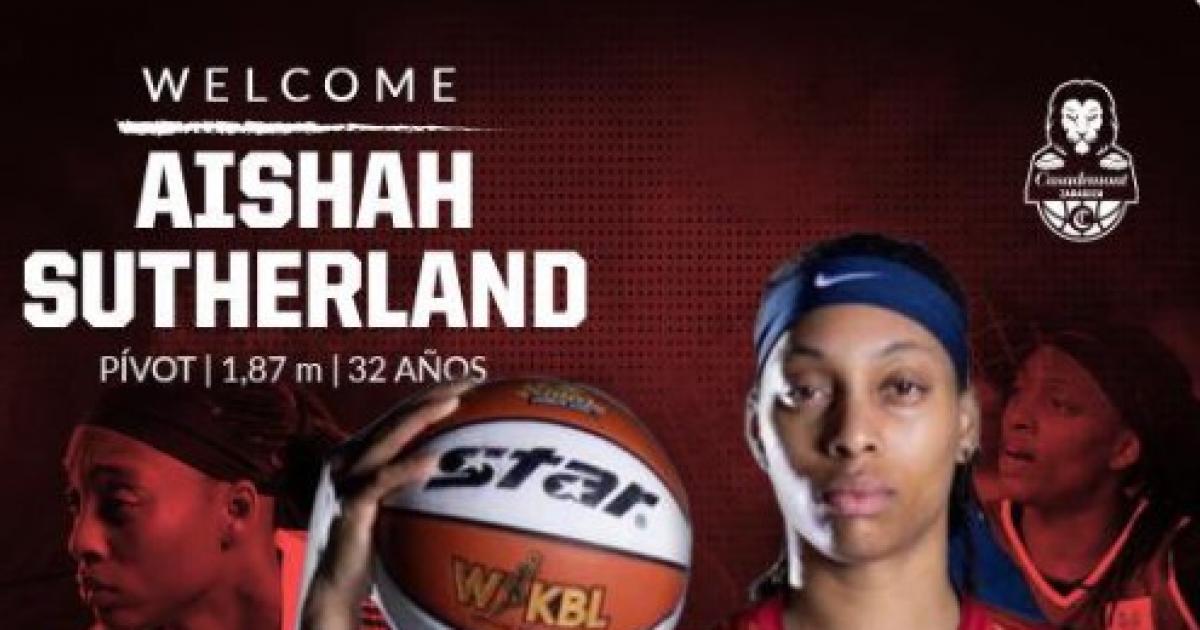 Aishah Sutherland has become this Wednesday a new player for the women’s Casademont Zaragoza. The 32-year-old North American player arrives to reinforce the inside game of the Aragonese team, greatly diminished after the departure of Merrit Hempe, who paid his termination clause, and the frustrated signing of Jenna Staiti, who left the city without making her debut .

The North American interior, a native of California, measures 1.87 and arrives to bring versatility and experience to the inner game of Carlos Cantero’s team. Not only in the Endesa Women’s League, a competition that she knows well after her time at Lointek Gernika and Araski, but also in Europe, since Sutherland also has experience in the Old Continent. He has worn the jerseys of Orvieta, in Italy, and Polkowice, in Polandwhich were his first European experiences before joining the Latvian TTT Riga with which he won the league, averaging 14.4 points and 5.8 rebounds per game, as well as playing in the Eurocup.

From there he headed for Lebanon, then Gernika, South Korea and France before returning to Spain at the hands of Araski. After her second adventure in the Women’s League, she alternated between Israel and Korea before joining her last team: Zglabie Sosnowiec from Poland, in which she averaged 14.4 points, 8.3 rebounds and 2.7 assists in 16 matches.

Sutherland will not occupy an extra-community position. For her new coach, Carlos Cantero, she is a player who comes “to add to the inside rotation, to add the facets that we need after Merritt’s departure, in those situations of direct blocking, of ‘pick and pop’, to play from the low post, he has a good midrange hand… It is a dynamic post and also with the ability to shoot three”, says the Madrid coach. In addition, Cantero praises Sutherland’s physical characteristics: “She will give us versatility when it comes to defending aggressively and she has the type of player we were looking for”, he assures.