against Wales, victory in the snatch of Iran which hopes for the eighth 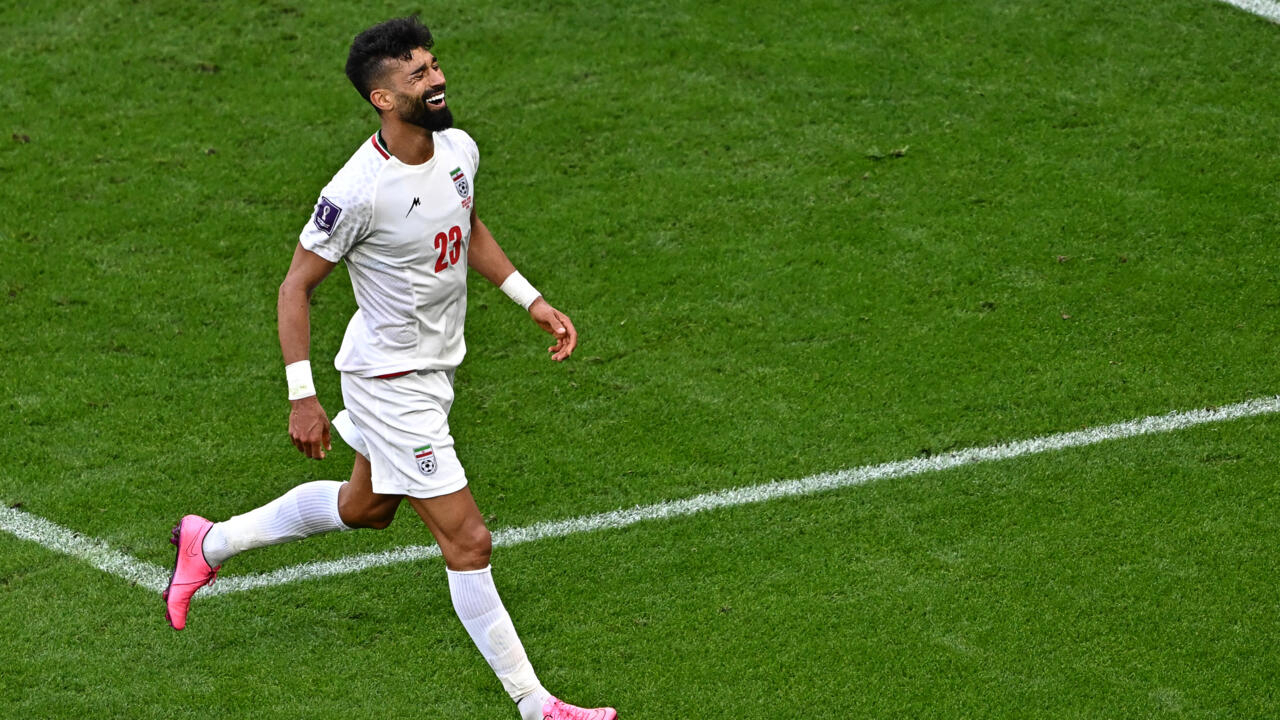 After having failed for a long time to concretize its offensives, the Iranian national team cracked Wales, reduced to ten, with two goals in stoppage time (0-2). Enough to allow him to still hope for qualification. Before the match, the Iranian players, silent during the first game, this time sang their national anthem.

A murmur before the clamor: the Iranians, who this time sang their anthem with lip service, won at the very end of the match against the Welsh (0-2), Friday, November 25, at the Stade Ahmed Ben Ali, in Group B of the World Cup in Doha.

After a heavy initial defeat against England (6-2), the “Team Melli”, with these 3 three points, temporarily replace themselves in second place in the group and in the race for the round of 16 before facing the States States Tuesday, November 29 (8 p.m. CET).

Team Melli fans sang “Iran, Iran” loudly from the start, which may have galvanized her, because she was the one who dominated the match before delivering the decisive blow by Roozbeh Cheshmi with a magnificent strike (90e+8), then by Ramin Rezaeian (90e+11) after a counter.

“We have to thank our players, they deserve respect and to be respected. We play for the fans,” said Portugal’s Iran coach Carlos Queiroz.

Exclusion of the Welsh goalkeeper

The exclusion, the first of this World Cup, of Welsh goalkeeper Wayne Hennessey (86e) for a dangerous outing past Mehdi Taremi helped Iran well, as did the return as a starter of their star striker Sardar Azmoun.

It was he who proved to be the most dangerous, especially when, launched deep, he hit a post before heading in a shot from Ali Gholizadeh who had hit … The other post ( 51e).

Before that, he had missed a half-crampon to recover a cross from close range (45e+2), and gave an assist for Ali Gholizadeh (15e), before the goal was disallowed for an offside position.

It was then a warning for Wales, who never knew how to reverse the course of the match, before the explosion of Iranian joy.

With only one point, the Welsh are in danger before facing Tuesday England, which could qualify as early as Friday (8 p.m.) in the event of victory against the United States.