Will the FA front be sluggish again this year? Hanshin, Iwasaki and other 4 players announced to remain… What about Mori and Kondo, who are attracting attention? | Full-Count 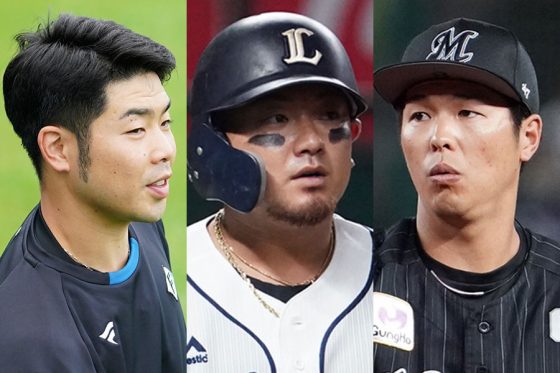 Taka and Chiga, who have acquired overseas FA this season, have declared their intention to exercise

Hanshin announced on the team’s official website on the 24th that pitcher Yu Iwasaki has exercised the domestic free agent (FA) right he acquired this season and will remain. With this, four players have acquired domestic FA this season and announced their stay. Softbank pitcher Katsuki Matayoshi was the only one who exercised his FA right last year to transfer to another team, but whether the FA front will end in a slump this season, the trends of Seibu’s Yuya Mori catcher and Nippon-Ham’s Kensuke Kondo outfielder are on the rise. attention.

According to the Nippon Professional Baseball Organization (NPB), there are 44 domestic and 65 foreign players who are currently FA qualified. Among them, the players who acquired this season have announced their stay one after another. Hiroshima outfielder Shunsuke Noma announced on the 21st that outfielder Ryoma Nishikawa will remain on the 22nd without exercising. Infielder Seibu Shuta Tonozaki also announced a comment through the team on the 22nd, saying, “I have decided to remain with the Lions.” Iwasaki commented on the reason for staying, saying, “The fans, including the team, said, ‘I want you to stay in the Tigers,’ and they needed it.”

Among the 24 players who acquired domestic FA this season, the “remaining declaration” of the players whose trends were attracting attention. Last year, domestic FA Matayoshi, Seibu’s Masatoshi Okada catcher, and overseas FA DeNA’s Yamato infielder exercised, and Matayoshi was the only one who chose to transfer, but I wonder if this year will also end poorly. .

However, this year there are many players to watch. Softbank pitcher Kodai Senga, who has acquired overseas FA rights this season, has already declared that he will exercise it. In addition, attention is also focused on the movements of Mori, a catcher who can hit, Kondo, who boasts one of the best batting techniques in the baseball world, Shogo Nakamura, the captain of Lotte, and Yuta Iwasada, a valuable left-handed Hanshin pitcher.

Athletes declaring a FA shall declare whether or not to exercise their rights within seven days, excluding Saturdays, Sundays, and national holidays, from the day after the Japan Series ends. what decisions will they make?