Where in CDMX will the first Baseball 5 championship be held? 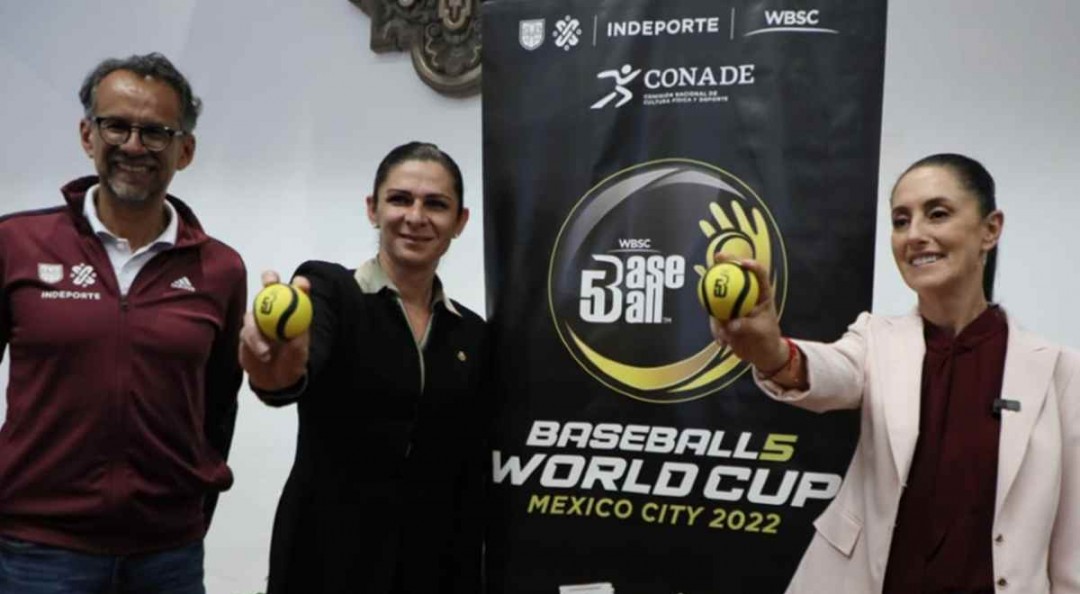 “From November 7 to 13 is the Baseball World Cup 5 in the Zócalo of Mexico City. It is a world tournament that will take place with the International Federation of Baseball and Softball, which is promoting this new sport, which is called Baseball 5”, announced Claudia Sheinbaum Pardo, head of the Government of Mexico City, accompanied by Ana Gabriela Guevara, general director of the National Commission of Physical Culture and Sports (CONADE).

It is a urban and simplified version of baseballwhich is distinguished by the fact that the ball must be hit with the hand and can be practiced in teams of five against five, with mixed players: women and men.

He explained that there will be five fields and two stadiums on the esplanade of the capital’s Zócalo, where 12 selected countries will participate in the first Baseball 5 World Cup, 96 athletes, as well as international and local judges.

Claudia Sheinbaum He recalled that the Zócalo dresses up, from now to December, with different cultural and sports activities.

“I want to remind you that this Friday is the Joan Manuel Serrat concert at eight at night; on Sunday they are going to try to break a Guinness Record, it is an organization between the sports institute and the mayor’s offices of more people in bounce houses; then comes the day of the dead; and then comes Baseball 5,” he commented.

In her speech, Ana Guevara explained that the first baseball championship 5represents a new era in sports globally, as audiences and young people increasingly demand more dynamic and attractive sports that are accessible to everyone.

“The president of the International Federation, Riccardo Fraccari, did not hesitate at any time to have him in the Zócalo for what this represents, not only for us as a country, but also for the world, being a great reference for so many things and so much. history”, highlighted Ana Guevara.

He explained that the new modality presented by Baseball 5 is to hit it with your hand; in a delimited area that is marked the same, three bases; there are no accessories, there are no gloves, there is no bat, there are no masks, “there is nothing that is required, other than hitting it with your hand, which makes it much more dynamic, much more attractive, much more competitive too, because the The ball is not the baseball one, it is a rubber ball which has much more mobility, makes the game strategic, the distance to run to first base is much shorter”.

He added that the commitment of the International Federation is to include this discipline within the framework of the Olympic Games, “that is also the attraction of having the World Cup for the first time in Mexico City (…) authorities of the International Committee come to evaluate, not only what it has to do with sports, what is going to happen within the area, but also all the logistics”, all the attractiveness that it encompasses for a high-level event like the one it represents.

Are you about to do a procedure? Check costs and requirements here.