the worrying start to the season for the ambitious Racing 92 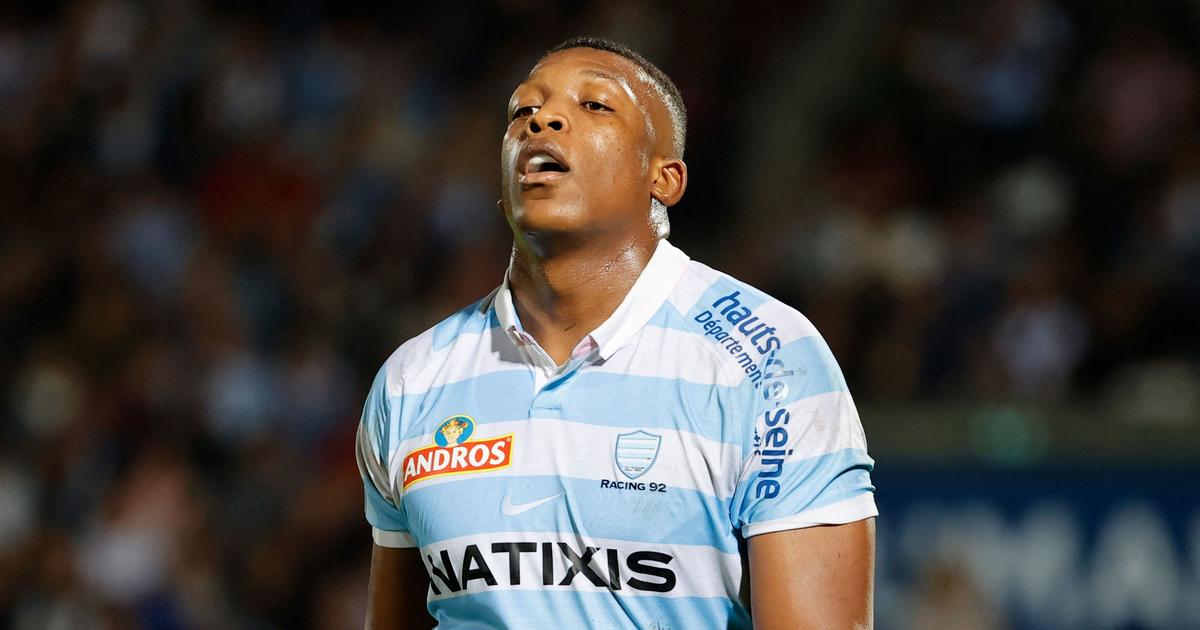 Only eleventh in the standings, the Ile-de-France residents are struggling to regain their efficiency. And another big piece is looming on Saturday with the arrival of the champion of France, Montpellier.

A big ignition delay. Disappointing outings for a team that is still trying to find its game. Swept away last Saturday by Union Bordeaux-Bègles (29-17), Racing 92 points to a poor eleventh place in the standings, far from its usual standing and its high ambitions . “In commitment and intensity, we responded present. Unfortunately we sinned in certain areas, such as discipline, me first with this yellow card which is very expensive and that is surely what made the difference“, noted, bitter, the three-quarter center Henry Chavancy, after this setback against the UBB.

Since the recovery, the Hauts-de-Seine club seems next to its crampons. Less sharp in his offensives, less power in his forward game. Above all, the Ile-de-France residents were unable to impose themselves outside their bases, in four trips (Bayonne, Toulouse, La Rochelle and UBB).

And Henry Chavancy to continue: “This Top 14 is more and more homogeneous, all the movements are very complicated. For us, it’s the fourth of the season and it’s our fourth loss. Sometimes it doesn’t matter much, like tonight. If we manage to erase certain mistakes and tip certain things in our favor, we can hang on to this Bordeaux team. It’s very disappointing, frustrating. We obviously need to take points in our travels to be able to hope to be in the top six at the end of the year.»

Top 14: five things to know about Stuart Lancaster, the future coach of Racing 92

The season has barely started when Racing is surprisingly multiplying the announcements: recruitment in extremis of center Francis Saili (from Biarritz) and Christian Wade (after his failure in American football), arrival of Englishman Stuart Lancaster as future manager, another arrival (then about-face) that of Thibault Giroud as head of physical preparation. Already, in the off-season, the team of president Jacky Lorenzetti had to deal with the departure of key elements: Teddy Thomas, Georges-Henri Colombe, Yoan Tanga (all three in La Rochelle), but also the Australian Swiss army knife Kurtley Beale, who returned to the Waratahs.

Added to this is the announcement of the end of the career of Virimi Vaktawa (heart problem), at the beginning of September, which deeply marked the Ile-de-France group. And that leaves a big void in the field. To make matters worse, the club has announced that it will return to play regularly at the Yves-du-Manoir stadium in Colombe, because the Arena will host more and more shows.

Read alsoRugby: Finn Russell not retained in the Scottish squad for the November tour

Woki, symbol of this failed start to the season

The start of the season for the second or third line of the XV of France, who arrived from Bordeaux-Bègles, is like that of his new team. Disappointing, out of touch, insignificant. Despite the victory against the Section Paloise in early October (26-13), Gaël Fickou had summarized the ills of his team: “It wasn’t the perfect match. We are not very satisfied with what we did, especially in the first half. We moved them but we never really broke them. Then, we put more speed, more reactivity, more support and we performed better…”

The alert level has not yet been crossed for the formation of Laurent Travers. It is currently eleventh of course, but is only four points behind Toulon (5th), Castres (6th) and Lyon (7th). No room for error, however, against Montpellier on Saturday at Paris La Défense. “The sequel already promises to be very important, warns international third-line Ibrahim Diallo. Montpellier lost at home last weekend (against Lyon 26-33) and will come to us with intentions. We have been warned and must react at all costs.” History to reassure a little. And especially to restore the coat of arms of one of the pretenders to the shield of Brennus.